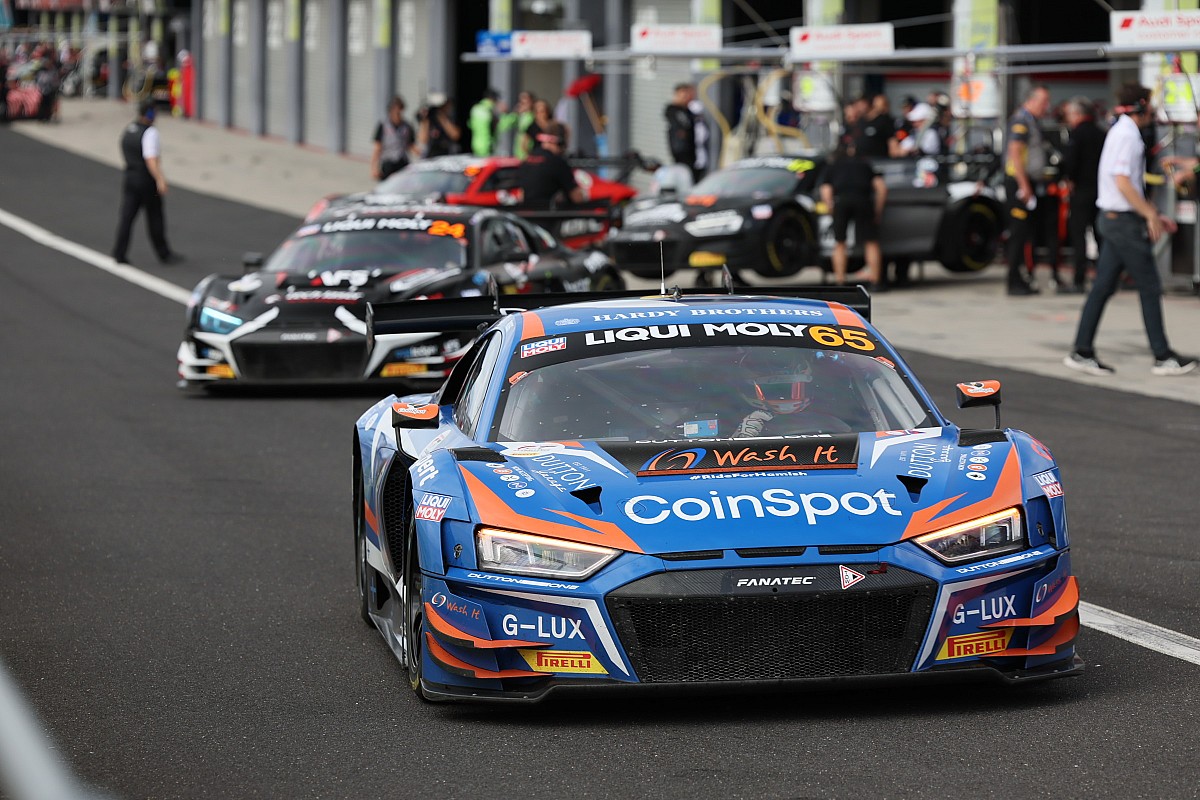 The pair had a great start to the combined two-part qualifying session thanks to Talbat, who led the Am session.

However, there was a bit of luck in this when Brad Schumacher (№ 74 MPC Audi) in time the red flag stopped what would be the best wheel.

Schumacher was coming for the last turn when the red flag was called due to the fact that teammate Yasser Shahin was on the inside of the same corner.

The session was announced with Talbat ahead of Garth Walden (№45 RAM Motorsport Mercedes) and Schumacher.

The half-second gap between Talbat and Schumacher made the score 65 difficult to win as soon as the pros jumped into the session.

In fact, Kelvin van der Linde had to find half a second to overthrow Mostert, which became even harder when seven minutes later there was another red flag when a Porsche Cup car crashed into a wall on the way to Reid Park.

The session was once again announced.

Up to this point, van der Linde had been able to win back only two-tenths of Mostert, sealing the temporary pole for the №65 entry.

“We don’t know what format, it’s changed quite a bit,” Mostert said.

“We’re just happy. Liam did a fantastic job, gave me a couple of tenths up my sleeve to make sure I was holding the car. The balance of the car was good. [Engineer] Adam [De Borre] gave us a good car. That’s great. “

Audi № 74 MPC was ahead of second place, and Ricardo Feller was able to get third place in Audi № 777 MPC from sixth on the basis of Shahin’s time.

The best non-Audi was the Mercedes SunEnergy № 75, driven by Jules Gunon in the Pro session, while RAM Mercedes booked a seat in heavily revised Shootout with the fifth best combined time.

These 10 cars will take part in a two-piece race at the pole later this afternoon, where cars 6-10 and 1-5 will have 15 minutes each to calculate the first five rows of the grid.

The first of these sessions begins at 4:10 p.m. local time.

Connect to watch it live and for free Motorsport.tv (not available to viewers in Australia and New Zealand).

Some Audi electric cars filter the air for those outside

On GASGAS and in the dirt