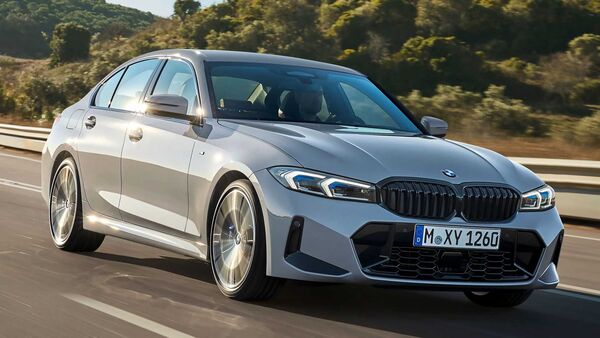 The 2023 BMW 3-Series retains the same engine options despite the updated exterior and interior.

German brand of luxury cars BMW introduced the 2023 Series Sedan, which has a revised look and a host of advanced technologies. The mid-cycle update for BMW’s most popular sedan doesn’t come with new powertrains. If we talk about the upgrade of the BMW 3 Series 2023 sedan, the interior of the car has undergone major changes, while the exterior has been made only a few subtle revisions.

BMW 2023 release 3rd series the sedan gets updated headlights compared to the previous model with LED blocks and built-in LED daytime running lights. The notches in the bottom of the headlights are gone, while the corresponding sharp body lines are significantly weakened. Angular vents have been redesigned and they have a distinctive L-shape. The branded radiator grille looks a bit wider and cleaner compared to the previous model, and with an all-black vertical look it adds to the sedan’s boldness. The lower grille has become a little bigger than before.

The rear profile of the 2023 BMW 3 Series has been equally revised with subtle touches. The LED taillights retain their normal shape but become slightly thinner than before. It gets L-shaped vertically oriented reflectors housed in a black case. Other changes include retro-themed BMW Motorsport rounders on the hood, boot and wheel covers for the M340i. These special rounds were added to mark the 50th anniversary of the BMW M. The sedan runs on 18-inch wheels.

The cab of the 2023 BMW 3 Series has received a massive curved display that perfectly combines the driver’s dashboard with a central infotainment display. The driver gets a 12.3-inch digital display as a dashboard, and a central – 14.9-inch display. Other changes include thinner AC vents, changed climate control functions and placed a selector selector with a smaller toggle lever. A highlight of the cabin is the iDrive system, which now runs on OS 8, which includes a smartphone-style look, voice commands and 5G connectivity for up to 10 devices.

The transmission options for the 2023 BMW 3 Series sedan remain the same as for the previous model. Among them is a 2.0-liter four-cylinder turbocharged engine based on the 330i, which produces 255 hp. The engine is paired with an electric motor in the hybrid 330e, which produces 288 hp. The M340i comes with a 3.0-liter I6 engine with 382 hp turbocharged. The 330e and M340i are available with an all-wheel drive xDrive system from the automaker. The transmission is performed by an eight-speed automatic transmission.

Introduction: The 2022 Yamaha MT-10 in the September issue

Tour of Scandinavia 2022 – Battle for the North route preview

Schaeffler will showcase innovations for electric CVs at IAA Transportation