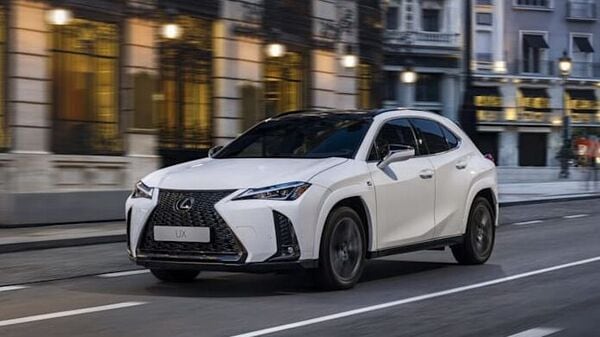 The 2023 Lexus UX comes with a new and better infotainment system along with several upgrade packages.

Lexus has introduced the 2023 UX premium crossover, which only comes with a hybrid transmission. Instead of an internal combustion engine, the premium crossover comes with an internal combustion engine paired with an electric motor. The crossover has received a new UXh badge along with other changes such as an updated and improved infotainment system. It also comes with updated steering and an improved suspension system. Lexus also claims that the crossover is equipped with more powerful safety features.

(Also read: Toyota, Lexus are recalling 4 to 60,000 vehicles due to stability control issues)

Japanese brand of luxury car owned Toyota claims that the crossover comes with two different upgrade packages – the F Sport Design and the F Sport Handling package. Buyers can choose these packages as an option when buying a luxury entry-level crossover.

The F Sport Handling package comes with features that are more performance-oriented. It gets performance-tuned shock absorbers, an active variable suspension system and a spacer to the steering gear. Lexus claims that these changes improve the performance of the crossover and its handling.

Lexus also claims that the 2023 UXh rides better and quieter compared to the 2022 UX, thanks to recalibrated steering and suspension systems along with the addition of 20 spot welds to the body to improve structural rigidity.

The 2023 Lexus UXh comes with many interior changes. These changes include the Lexus Interface infotainment system, which is already available in other models, such as NX. It gets an infotainment system with an eight-inch touch screen with anti-glare technology. A 12.3-inch unit is offered as an option. Updated center console with a larger wireless charger and a pair of USB charging points.

The 2023 Lexus UXh comes with a Lexus Safety System + 2.5 kit in all configurations. It includes technologies such as the pre-collision system, emergency steering assistance, lane departure assistance and adaptive cruise control.