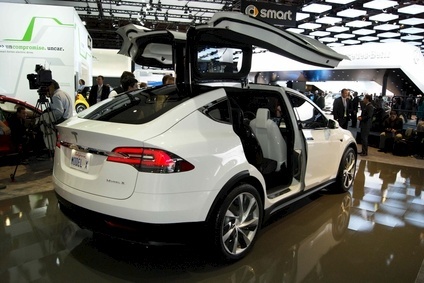 Tesla is committed to producing more cars in the world’s largest electric car market. It aims to produce one million cars a year in China by the end of the decade and to consolidate its presence in China as a premium brand and a leader in the high-rise EV segment. Thus, another plant with a capacity of about 500,000 units is needed.

A the second Tesla car plant in China – in Shanghai or near it, where there is already a factory – it’s racing confidence. Assuming that Tesla’s production could reach about a million units in China in 2029, this would amount to about 2.8% of the projected total sales in the country of 33.6 million units this year. This would bring Tesla in line with Chinese sales figures of BMW and Mercedes – comparable premium competitors that are likely to be bought by potential Chinese Tesla customers.

As a result, according to GlobalData, Tesla’s target for production in the country seems quite sustainable.

“By 2029, Tesla’s total production is projected to reach 2.56 million units – 900,000 from the US, 700,000 from Germany and 950,000 from China. That figure would again put it, in terms of volume, in a similar position to BMW and Mercedes, which both produce about 2.5 million units a year and can be considered direct competitors to Tesla.

“The expansion strategy for China is clearly central to Tesla’s growth, and it is still seen – especially by investors – as a sector leader.”

Lenny Kravitz reveals what the Cadillac Celestiq spec is

Which car manufacturer has the best infotainment system on the market right now?