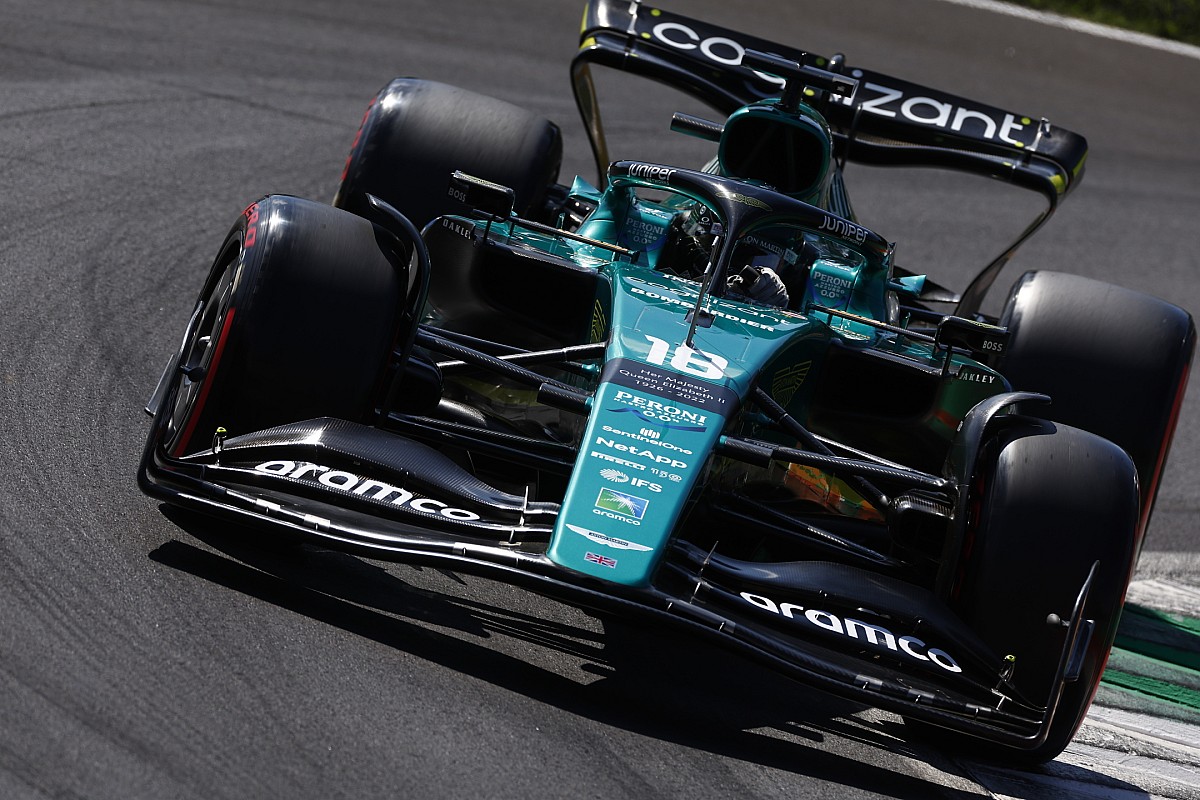 Fellowes left his position as head of aerodynamics at Red Bull last year to take up a new assignment with Aston Martin, which has begun recruiting after the team was bought by Canadian billionaire Lawrence Stroll.

Stroll has made clear his aim to turn the team into a leading team within five years and made a statement by signing the two-time world champion Fernando Alonso by 2023 The team is also building a new factory in Silverstone as part of a significant investment in its facilities to bring them to the highest level.

Fellowes enjoyed huge success with Red Bull, taking nine world championship victories, and said he sees some similarities between the early days of that operation and what is currently being built at Aston Martin.

“One of the most exciting parts of Red Bull’s journey has been when the team developed with Jaguar,” said Fellowes in an interview on the Aston Martin website.

“A small team with a very limited budget suddenly got a much bigger budget, more resources and more technical power at the very top of the organization.

“What is happening now in Aston Martin F1 is very similar to what happened then in Red Bull.”

Fellowes’ departure from Red Bull to Aston Martin has turned into a legal dispute between the two teams over his start date after Red Bull planned to send him on gardening leave until the end of his contract in 2023.

But a deal has been struck allowing Fallows to join Aston Martin in April this year. Fellowes admitted he was “embarrassed” to see his name in the press as he was “not for publicity”.

Fellowes explained that his decision to leave Red Bull was driven by his desire to take on a new challenge with Aston Martin and be part of a growing team.

“The most rewarding moments in my career have been when I’ve been challenged and I’ve gone to overcome that challenge,” Fellows said.

“However, it’s not just a challenge, it’s an opportunity to be a part of something that goes from something humble to something spectacular. Aston Martin F1 has serious ambitions – from Lawrence Stroll at the top to the entire team.

“I accepted this challenge because I felt that everything could be done differently. It’s not about doing things like Red Bull, or Mercedes way, or Ferrari the way It’s about coming up with a better way – the Aston Martin way.”

The best dive watches under $500

The 2023 BMW M2 was teased before debuting in October

Kia Carens has a standby time of 75 weeks, the highest among all cars...