Motonewstoday.com
Home Technology BMW is becoming an official partner of the Cannes Film Festival to... 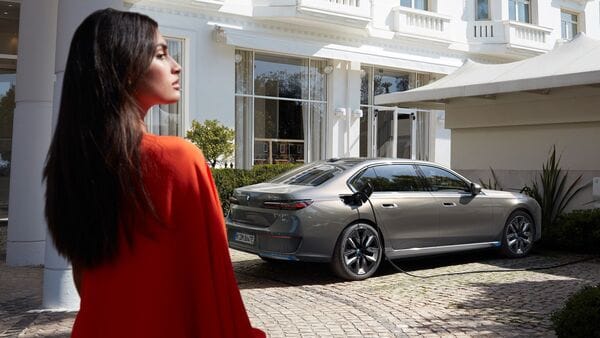 EV models such as the BMW iX, BMW i4 or BMW iX3 will transport VIPs and guests of the 75th Cannes International Film Festival around and around it.

BMW Group has become an official partner of the 75th Cannes International Film Festival, which will be held on the Cote d’Azur from 17 to 28 May. BMW said it is offering about 163 electric cars for the festival. BMW will be responsible for transfers between the airport, various venues and hotels with different EV models, such as BMW iXBMW i4 or the BMW iX3. BMW also shared that three units of the new BMW i7 electric sedan, which was unveiled on April 20, will also be available at the film festival.

The all-electric luxury sedan BMW i7 has two electric motors on the front and rear axles and provides a range of up to 625 kilometers according to the WLTP test cycle. One of the distinctive features of the BMW i7 is the 31.3-inch screen of the BMW Theater, which offers a panoramic display in 32: 9 format with 8K resolution. The screen can be extended from the roof lining and transforms the second row of seats into an exclusive movie theater.

(Also read | BMW predicts a production sedan M2, production of which will begin in late 2022)

Senior Vice President for Customers and Brands BMW AG Jens Thiemer said the Cannes International Film Festival is an important venue for the company as the brand’s target group is present. “The film festival and the BMW i7 with a large movie screen are perfect and complement each other, especially since our commitment to the film business has a long tradition,” added Timer. Samuel Faure, responsible for the festival’s partnership, said, “We have noticed a great demand for electric cars during the festival in recent years, and at BMW we have finally found a partner who can meet it.”

BMW cars have appeared more than 30,000 times on the silver screen, shared at the Bavarian car company. Models such as the BMW 7 and 5 Series sedans have been showcased in spy thrillers. BMW M models have also been seen in the films “Mission Impossible”.

This Indian made helmet is one of the lightest in the world; weight...