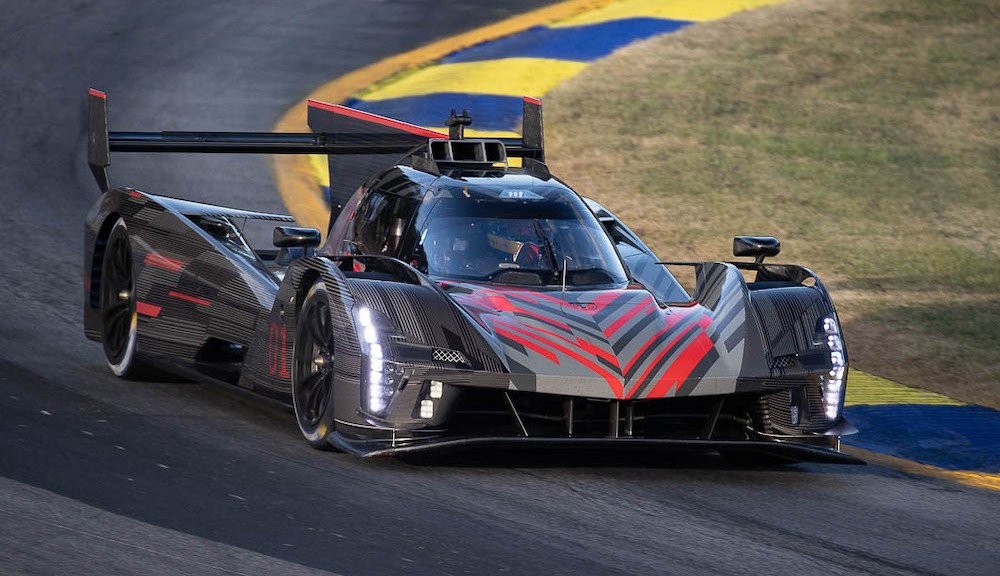 Cadillac Racing said its three days of testing earlier this week at Road Atlanta helped cover more than 6,800 miles with the new IMSA GTP hybrid model, which will make its racing debut in January at the Rolex 24 at Daytona.

Although lap times were not provided, RACER understands that the three GTP manufacturers in attendance — including Acura and BMW — were right on pace with the fastest laps set by the DPi field in the 10 Hours of Petit Le Mans.

Richard Westbrook, a factory rookie in CGR’s upcoming World Endurance Championship single-car entry, offered a unique insight after switching from the privateer JDC-Miller Motorsports Cadillac DPi-VR he raced on Saturday to the next generation Cadillac GTP.

“Some things are better, some things need to be improved, for sure,” Westbrook said. “It’s a brand new car, but the first impression is very good. I am very happy to have run off the road for the first time. It was really nice. It’s nice to do the comparison while the DPi is still fresh in your mind because it was a very well sorted car by the end of development. Right now we’re just making the car run, putting miles on it, and that’s the focus. In the second stage of the learning process, productivity could be increased. That’s what I’m looking forward to.”

For AXR, team veteran Pip Derany, who is believed to have lifted the car into the air exiting Turn 12 on Wednesday and continued, likes the way he feels with the Cadillac hybrid, which makes nearly 700 horsepower at full throttle. deployment.

“It’s a strong base, as you’d expect from Cadillac and the many great minds behind the project,” he said. “When you start with a new car, you never know until you’re competing with everyone else, but it’s a really good feeling that we can start to work on and develop. So far, everything has been very positive.”