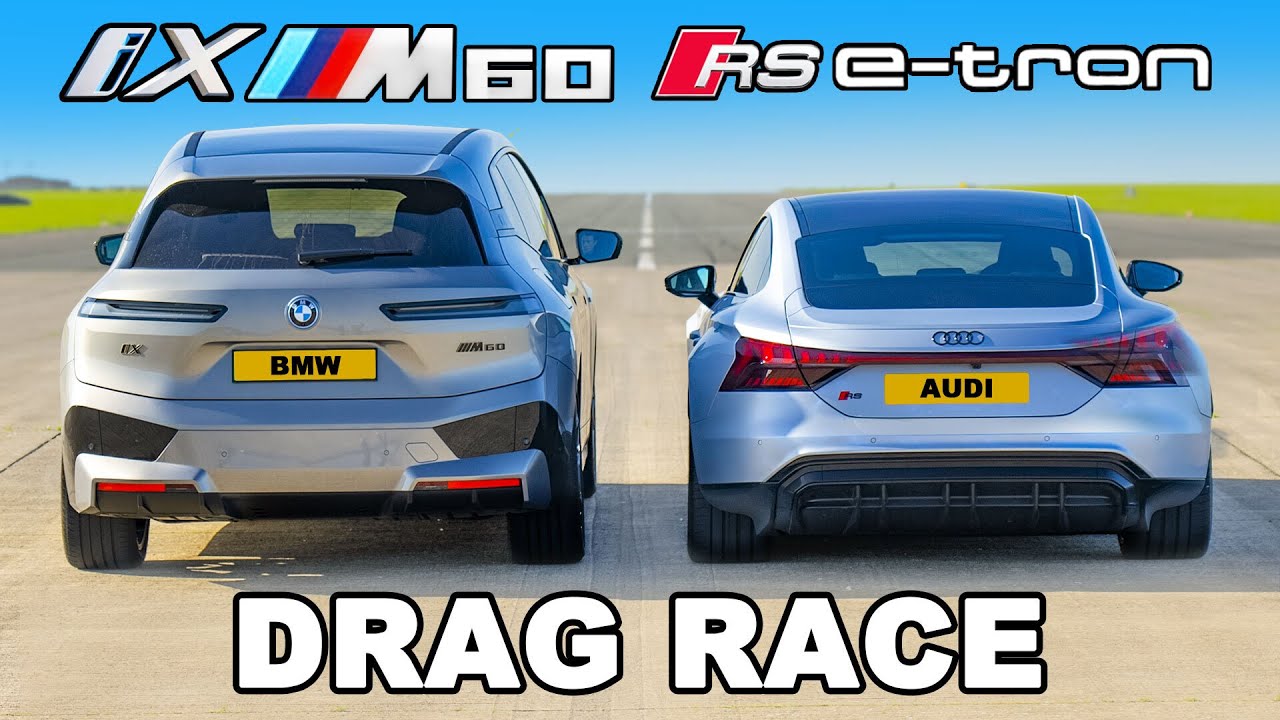 The BMW iX M60 and Audi RS E-Tron GT they’re two very different models, but since they’re the most powerful electric cars from each brand, Carwow decided to find out which one is the fastest.

On paper, the RS E-Tron GT seems to have the upper hand. It is powered by a pair of electric motors that provide 646 hp. and 612 lb-ft (830 Nm) of torque. These motors are powered by an 84kWh battery pack that must support 5,174 pounds (2,347 kg) of weight. So while the RS E-Tron GT looks light and maneuverable, it’s actually quite heavy.

See also: Someone was brave enough to modify this Audi RS E-Tron GT

During the first race, the BMW struggled off the line and was quickly pushed aside by the Audi. The second race was more competitive as Matt Watson was able to engage the launch control and get a better start, but again it wasn’t enough to keep up with the much smoother and more aerodynamically efficient RS E-Tron GT.

The Audi ran the quarter mile in 11.4 seconds, while the BMW took 11.8 seconds to cover the same distance.

A couple of rental races were then held and here it is where BMW does better but again, not quite strong enough to overcome its mass. Last but not least was the braking test, which the BMW won with a rather surprising result.

Honda has lost its way in MotoGP – can it find a new way?...