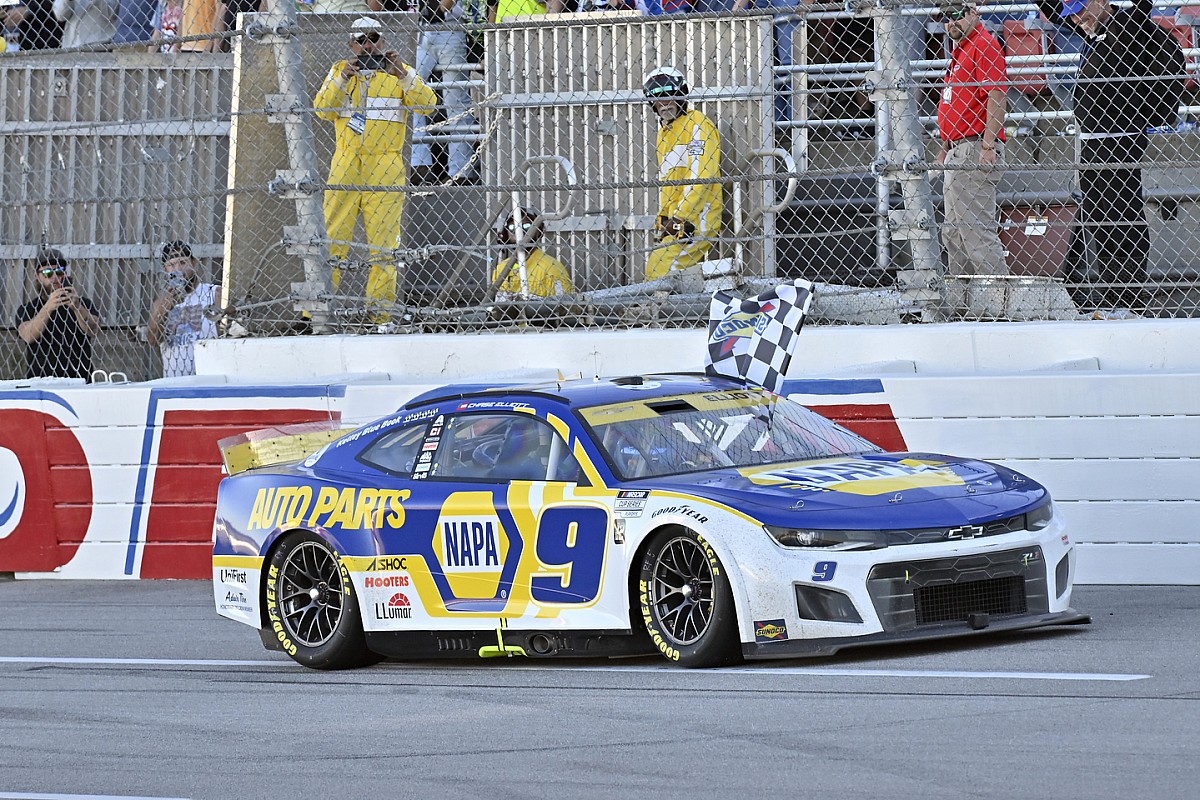 Entering last weekend’s Cup Series races at Talladega, Ala. Superspeedway, no playoff driver had yet secured a win in the first four playoff races.

Talladega didn’t seem like a prime candidate to end this streak, as its typical unpredictable nature makes it susceptible to new or unexpected winners.

Eliothowever, eventually mastered the chaos of a race that featured 57 lead changes among 17 drivers and won the duel Ryan Blaney on the final lap to earn his fifth win of the year.

Blaney led on the final restart with two of the 188 laps to go and was still ahead entering the final lap.

Just enough on the line

As the field moved away from Turn 4, Blaney found himself on the inside of the Michael McDowell behind him, with Elliot running up from above Eric Jones behind him.

Jones pushed Elliott to push him past Blaney for the lead, and the two ended up racing side-by-side to the checkered flag, with Elliott winning by .046 seconds.

“Just felt like when we took the green for the restart, I thought my chance to win was to get to the top lane. It was definitely a risky move,” said 26-year-old Elliott. “I felt like we had a decent amount of stage points on the day, so I felt a little bit better going in there, trying to give myself a chance to win.

“I just didn’t think I could win from the third lane, the bottom row, with a few laps to go. I just thought it was my shot.”

It was a big turnaround for a driver who had crashed out of the first race of the first two rounds of the playoffs, and it came with a big reward.

The win automatically sends Elliott into the semifinal round of the playoffs regardless of how he finishes in this weekend’s race at Charlotte Roval.

Giving Elliott free reign at Roval, where he has won two of his four races in history, secures him and his No. 9 Hendrik Autosport the team will have a great opportunity to add extra points in the playoffs for winning stages or even winning another race.

Perhaps Elliott is finally enjoying the benefits of being one of the most consistent performers in what has been a very turbulent season of racing.

“I feel like I’ve been doing this long enough to understand the roller coaster of racing. It will continue, right?” said the 2020 series champion. “You either learn to ride it on good days and bad days too, or you don’t. That’s just part of the deal.

“So yeah, just try to ride the wave. Had a bad week last week, had a good week this week. Obviously, it’s great to get to the next round, get six more bonus points. All these things are fantastic, we are very proud of it.”

Elliott also admits that this season’s playoffs aren’t guaranteed yet.

“This deal may humble you. We can go into the round of 16 and crash again like we did in the first two rounds, or you can go there and maybe have a really good first race,” he said.

“I don’t know. You’re prepared, you do the best you can, and you figure it out.”

These Tire Rack deals will make you forget about Prime Day