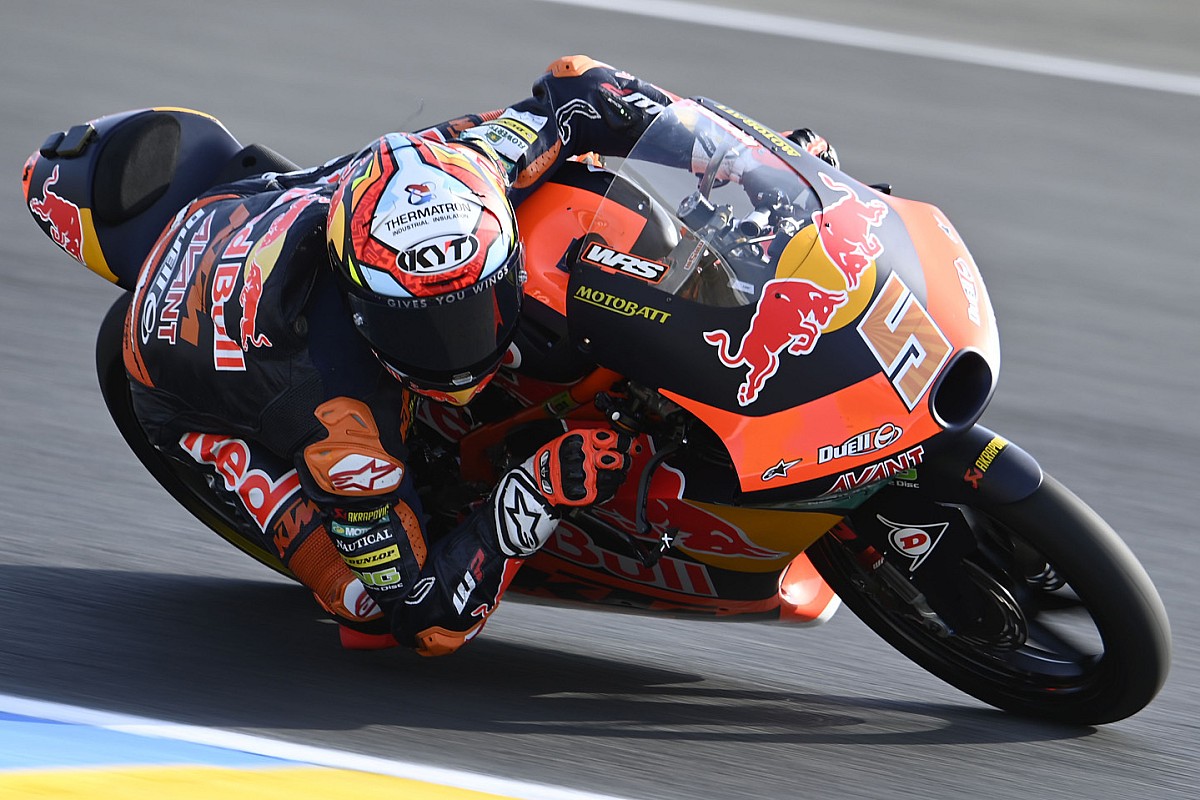 The Moto3 race started chaotically when the first lap of the 22nd lap started to rain and the drama hit on the last turn.

Then on turn 3 at the start of the second lap Daniel Halgado of Ajo KTM crashed, and more riders fell later on the wheel when MT Helmets Honda rookie Diogo Moreira, who made a hole, changed the lead with Tatsuki Suzuki of Leopard.

Due to the rain the race was marked with a red flag and resumed for 14 laps. However, by the time the race resumed, the rain had gone and the sun’s rays had beaten the track.

After a tense 14-wheel fight in dry conditions it was Haume Masia of Ajo KTM who won to get his second win of the season after taking a bold step to regain the lead he held for most of the race from Sasaki on the final lap.

Masia took the checkered flag 0.150 seconds away from Sasaki, and Guevara was third after his Aspara team managed to repair his damaged GasGas during the red flag break.

Garcia’s lead in the championship is now 17 points, Masia jumped to second level by points and Foggia to third.

In Moto2, Pole Pedro Acosta stormed with teammate Ajo KTM Augusta Fernandez to lead on the first nine rounds of the competition on 25 rounds.

The pair’s pace allowed them to break away from the pile behind, and Acosta wanted to take a break on the 10th lap when he broke away from Fernandez at eight-tenths.

But reigning world champion Moto3 crashed while driving on the right La Chapelle at turn 6.

This gave Fernandez team leadership, which he did not give up to get his fourth career victory and his first since 2019.

Viet with VR46 continues to lead the standings by 16 points from Ogura, and Canet is still three points behind third.

XLerate Group is rebranding auctions under a new flag – remarketing

Car buyers really want an Apple car, even if it hasn’t been officially announced...