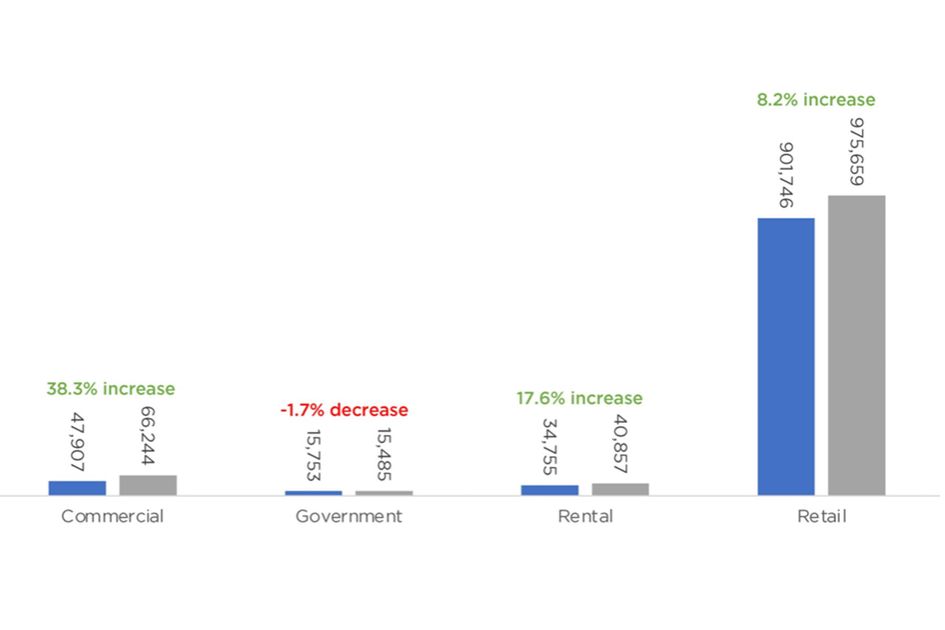 Fleet sales increased by almost 25% over the year

Including estimates of fleet shipments to dealer and manufacturer channels, remaining retail sales increased 8.2%, resulting in an estimated seasonally adjusted annual retail rate (SAAR) of 11.8 million, up 0.3 million from last year. months, or by 2.6. %, but by 0.9 million compared to last year’s 10.9 million, or by 8.5%.

“If retail sales start to decline, we believe the industry has options other than increasing incentives,” said Charlie Chesbrough, senior economist at Cox Automotive. “They could shift sales through fleet and rental channels. In February 2020, the fleet accounted for almost 25% of all sales. The fleet share has been around half that recently, so we see upside potential for the fleet if retail slows further.”

Among manufacturers, GM had the largest year-over-year growth, followed by Toyota far behind. Meanwhile, Kia and Hyundai experienced the biggest drop in fleets.

Originally published on F&I and showroom

The latest technical developments of Formula 1 from pitlane

The Eau Rouge compromises, rather than a lightweight chassis, behind the Spa shape

Albon used a “cheap upgrade” to get a better qualifying result on his return...

10 Chevy cars with over 400 horsepower

Andor is nothing like Star Wars – and that’s great news for the future...