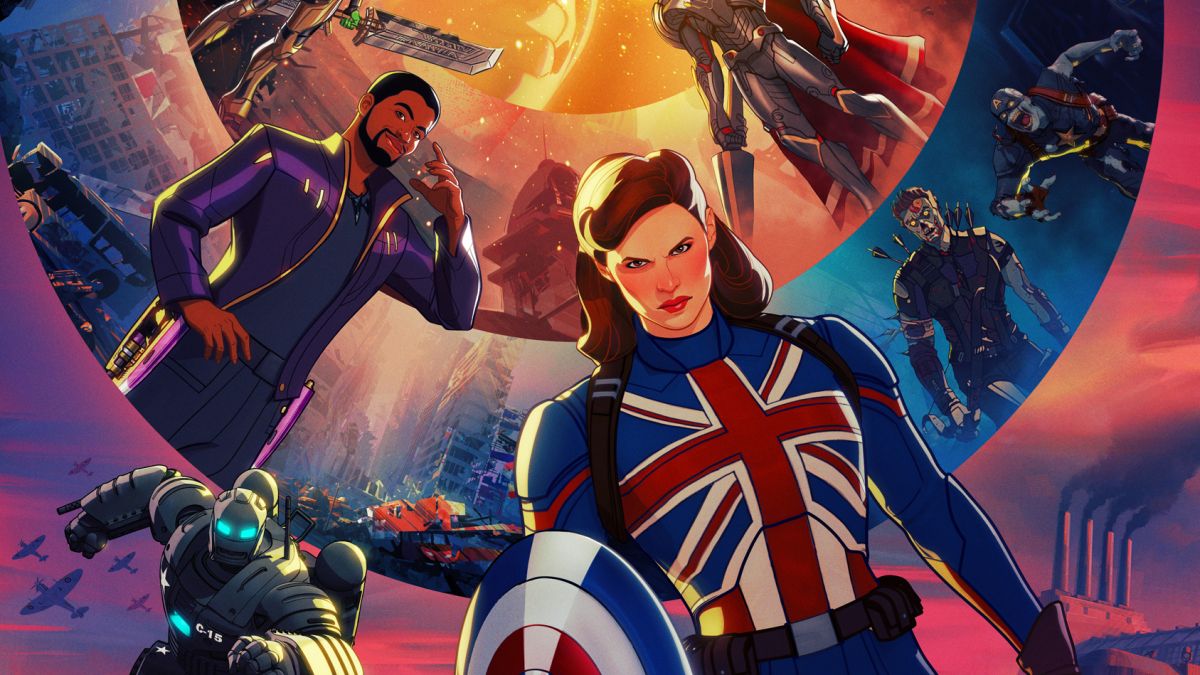 Marvel Studios’ animation panel at San Diego Comic-Con just came to a close, with fans treated to a slew of exciting announcements about the comic book giant’s animation division.

Among the offerings were first looks at X-Men ’97, Marvel Zombies, and Spider-Man: Freshman Year, as well as previews for I Am Groot and the second season of What If…?

A major event for Marvel will take place tomorrow, when Marvel Studios president Kevin Feige will reveal his plans for Marvel Cinematic Universebut fans’ appetites have certainly been whet with a slew of announcements from Marvel’s animation division.

The panel was led by Marvel Studios head of streaming, television and animation Brad Winderbaum and head of visual development Ryan Meinerding, both of whom spoke to a packed room of 20 at the event in San Diego.

Back from the dead…

Inspired by the 2005 series of the same name, Marvel Zombies takes place in an alternate reality where a new generation of heroes must fight the zombie apocalypse.

The show doesn’t have a release date yet, though it’s expected to be in 2024. What we do know is that it will go down in history as the first Marvel show with a TV-MA rating. In TV terms, that’s the equivalent of an R rating. Things are going to get very bloody.

What if…?the Marvel anthology series, in which iconic MCU moments like the creation of Captain America unexpectedly change them, was ordered for two seasons when it was first announced in the summer of 2019. We just didn’t know when the second season would arrive.

It has now been confirmed that the second season of the show won’t be upon us until early 2023, which is a shame, but that bitter pill has been sweetened with the confirmation that a third season of the show is already in production. The third season will adapt Neil Gaiman’s sensational film A Marvel 1602 miniseries in which the Marvel superheroes exist in the Elizabethan era.

Release is scheduled for early August (opens in a new tab)I Am Groot will follow the fan-favorite Guardians of the Galaxy character (voiced by Vin Diesel) as he grows from the sapling we saw in Guardians 2 to the teenage character we see in Avengers: Infinity War and “Endgame”.

The commission revealed that, firstly, five animated shorts will premiere on August 10, and I – Groot will later return with additional episodes.

Viewers were shown one episode of the show in which Bradley Cooper’s Rocket Raccoon performs with Diesel. Titled “Groot Takes a Bath”, this episode follows Groot on a spa day. Isn’t he a lucky tree?

As well as Groot, Zombies and What If…?, fans got to see an early movie in X-Men ’97, which will premiere on Disney Plus in fall 2023. A second season has already been confirmed.

X-Men: The Animated Series ran from 1992 to 1997 and consisted of 76 episodes. It is a continuation of that show with classic X-Men characters like Rogue, Beast, Gambit, Jean Grey, Wolverine, Storm, Jubilee and Cyclops being a key part of the series.

According to Variety, The Freshman “will follow Peter Parker’s learning to become the friendly neighborhood Spider-Man.” Footage from the series was shown, which was described as “bringing the heart and charm of Peter Parker”, including the new Peter, who is young and comic-book-esque with bright colors and a homemade Spidey costume complete with backpack and glasses. , sneakers and jacket on.

Jeff Trammell, writer and executive producer of Freshman Year, was on hand to show the audience concept art of Peter Parker, his costumes and allies like Harry Osborn, Doctor Strange and Daredevil, who will be voiced by Charlie Cox.