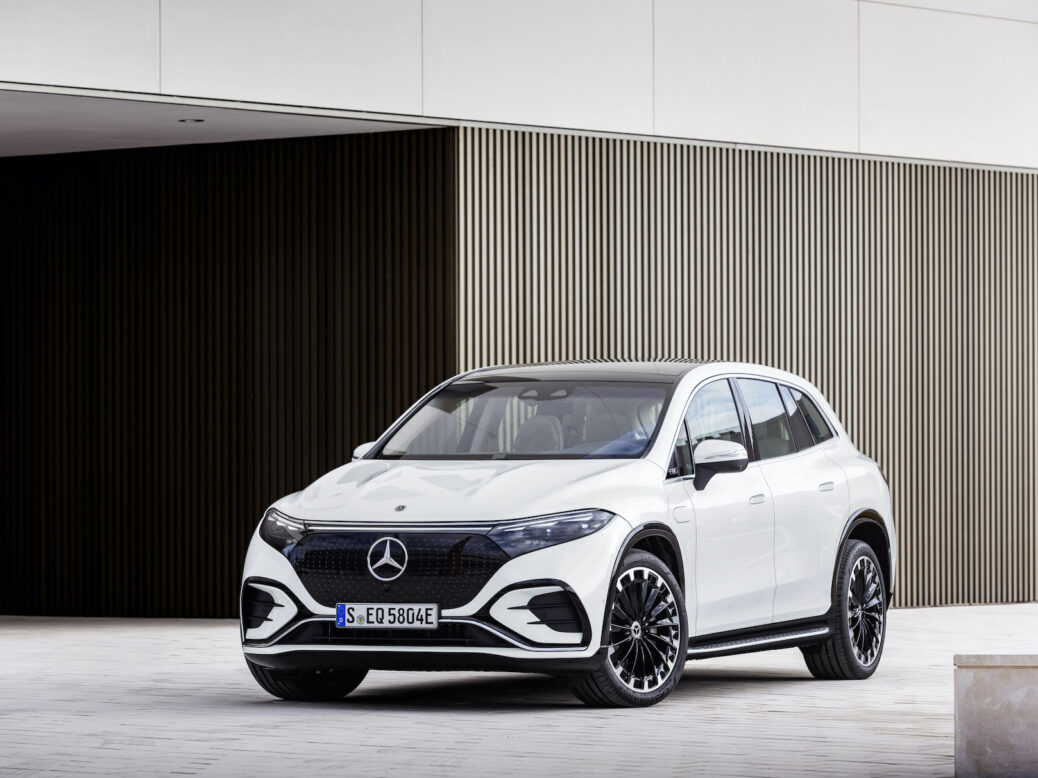 Selected future models for two of the Mercedes-Benz Group’s three expensive sub-brands are discussed in this report, and a third, AMG, will be considered shortly.

These two letters, which began modestly, became a symbol of expanding the range of electric cars, crossovers, SUVs and MPVs.

The range will soon include EQA, EQB, EQC, EQE & EQE L, EQE SUV, EQS, EQS SUV, EQT, EQV and maybe even a few others. This report only discusses some of them that can be found in PLDB (see link below).

Launched in Germany and other relevant regional markets in February 2021 under the name EQA is a 4463 mm long front-wheel drive electric crossover.

The lithium-ion battery consists of 200 cells distributed in five modules with a usable capacity of 66.5 kW / h. The curb weight of the starting version of the EQA 250 is 2040 kg, and the range of NEDC is up to 486 km.

Two more options were announced in May 2021, leaving the composition as follows:

The second generation should come out in late 2027 or early 2028. It should use MMA (Mercedes Modular Architecture), but before that the existing EQA should be re-equipped in 2024.

About the same size as the Tesla Model Y EQB has a length of 4684 mm.

In fact, the EV version of the GLB-Class, it was the first electric car to be manufactured at a plant in Kecskemét, Hungary. Production began in October 2021, and sales in European markets took place a month later. EQB is also manufactured in Beijing.

There are both front and all-wheel drive options, as well as seats for up to seven people. The latest layout is standard for China.

The first three versions are called EQB 250, EQB 300 4MATIC and EQB 350 4MATIC. Most should come, but perhaps not until the arrival of an updated lineup in 2025. As with the EQA, the replacement, expected in 2028, will be based on MMA.

In addition to the name – SUV EQE – and the fact that it will be built in the US, little is known about this model. This was announced by Daimler in October 2020. Some more news should appear later in 2022. Inevitably, however, this will be a higher version of the EQE (see PLDB for more information).

Ola Kallenius first spoke publicly about the electric G-Class at an industry conference in Germany in November 2019. The CEO of Mercedes has not said when it will become available, but this or next year seems likely.

Compared to the standard G-Class, different styles can be expected at both ends of the car.

In April 2021, the European Union Intellectual Property Office (EUIPO) registered a trademark for the name Mercedes-Benz ECG. The version names are expected to be EQG 560 and EQG 580.

The premiere of a prototype called the Concept EQG took place at the Munich IAA in September 2021. The life cycle of a serial model should be eight years.

The EQS – is a large electric hatchback, available in two lengths: 5216 mm and 5265 with an extended wheelbase according to US specifications.

The first two options were announced in April 2021 on the eve of their public premieres at the Shanghai Motor Show. Cars for Europe and North America went on sale in August 2021, and in China – in the first quarter of 2022.

Technical specifications for Germany and other relevant markets are as follows:

The boot volume is 610/1770 liters VDA, air suspension and rear-wheel steering are standard, and there is a wide range of additional equipment, including doors “Comfort”, which can be closed and opened automatically.

While the entire assembly is going to Germany, the assembly will take place in India from the fourth quarter, Mercedes-Benz said in January. As for the life cycle, it should be eight years, which means a facelift in 2025.

The EQS SUV was announced to the media in October 2020, but other than the title, there was no information. Two months later it was a little more, indicating the manufacturer and the year of construction.

Mercedes says the car’s energy will be stored in locally produced batteries. They will be part of a partnership between Mercedes-Benz and AESC Envision and are going to the plant in Bib County. This site in Alabama, announced in March 2022, is close to the Tuscaloosa / Vance plant that produces the EQS SUV and some other models such as the GLE, GLE Coupé, GLS and Mercedes-Maybach GLS.

This 5125mm SUV separates the dimensions of the wheelbase and the EQS architecture, but is about 20 inches taller. The five-seater layout should be standard with two third-row seats of choice. Three options were announced at a media preview in April:

The launch is scheduled to take place by the end of 2022, and production is likely to continue for eight years with lifting in four years.

An electric MPV will soon appear, which shares a lot with the new T-Class. Mercedes-Benz showed a preview called Concept EQT in May 2021. Surprisingly long, 4945 mm, design studies have shown sliding doors on both sides and three rows of seats.

The EQT should also have two sliding side doors and be based on the overall architecture of Daimler-Renault-Nissan-Mitsubishi. Its life cycle could be eight or even nine years with lifting in 2026.

Currently, there are only two Maybach cars, the S-Class sedan and the GLS, also full-size but in this case an SUV. At least one more model will be added to the sub-brand line, and maybe even two. First let’s look at model number three, which will be electric.

Another SUV, only this time EV, is due to be introduced later in 2022. The Mercedes-Maybach EQS SUV should be very similar to the prototype that was unveiled at the Munich IAA last September. Obviously, this is very closely related to the new Mercedes-Benz EQS SUV.

Another potential model could be a convertible version of the existing Maybach G-Class, the long-awaited successor to the G 650 Landaulet. When such a car appears, it will appear no earlier than 2023 and may instead be launched next year to be synchronized with the planned facelift of the five-door SUV.

Reports on the future models of many other manufacturers are grouped in OEM product strategy summary section with Just Auto.

More information on past, current and future models can be found in the PLDB, the future car database that is part of Globals Data Car Intelligence Center.

VW, the partners, is investing more than $20 billion in the car battery business

WeatherTech Porsche celebrates the finish on the catwalk in Le Mans