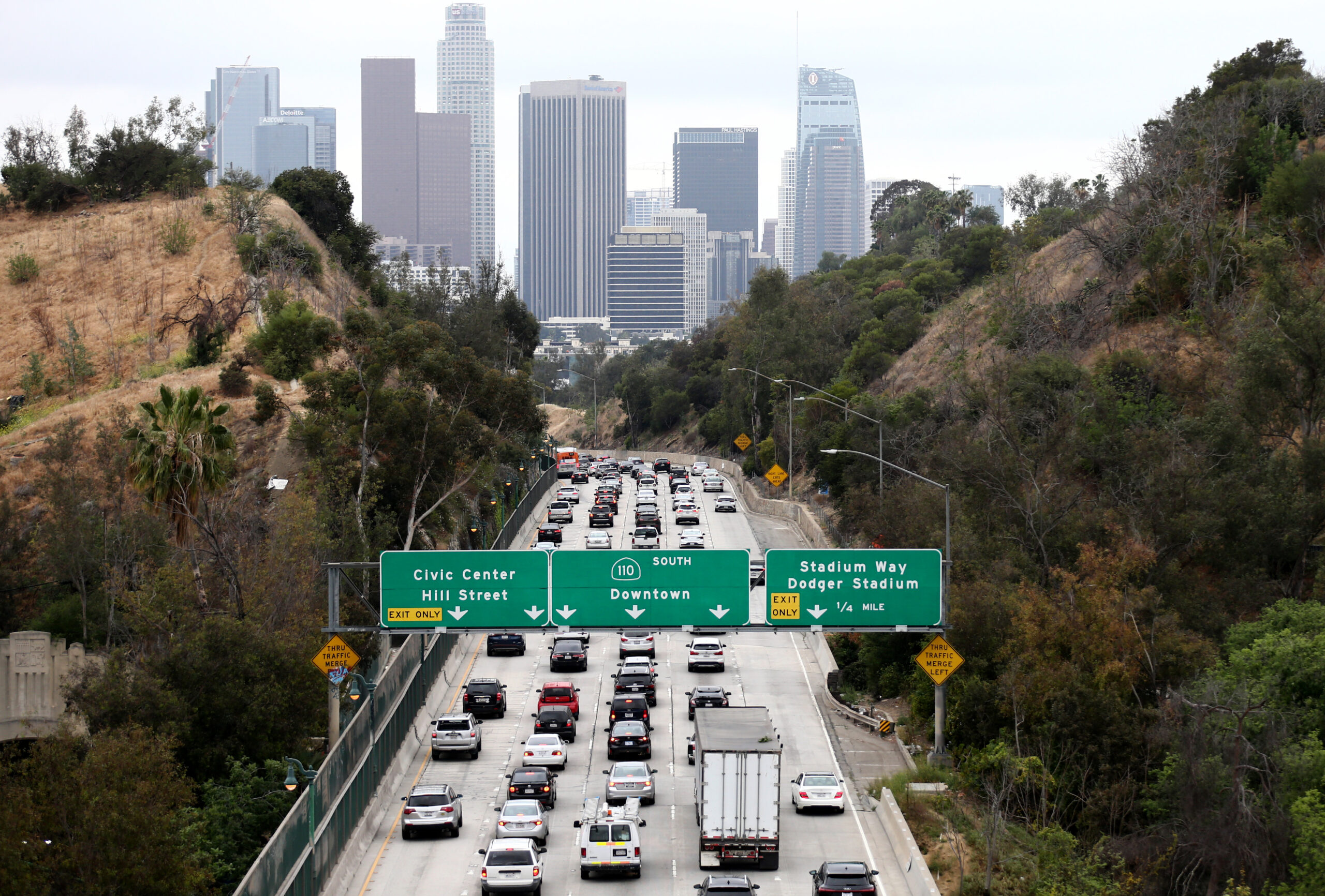 For years, researchers have known that air pollution can worsen respiratory conditions such as asthma in children. But a newly published study has shed new light on how exposure to air pollutants can also affect brain development in very young people.

The researchers found that younger children exposed to particulate matter scored lower on IQ tests — losing as much as 2.63 points on those exams for every 2 micrograms per cubic meter of pollution exposure.

And pollution damage, researchers have found, can begin long before birth: Children of pregnant women exposed to air pollution from fossil fuel emissions and particulate matter in utero are more likely to experience behavioral problems and poor cognitive abilities, they report.

conclusions, part of a peer-reviewed study in the June issue of Environmental Health Perspectives draws on a growing body of research examining the effects of prenatal and postnatal exposure to pollution on children. A previous research has shown, for example, that toddlers’ risk of behavioral problems increases by 6% for every 2 parts per billion of nitrogen dioxide they are exposed to. Nitrogen dioxide is commonly found in car exhaust and industrial emissions.

Taken together, according to the researchers, the results confirm earlier hypotheses about the broad impact of air pollutants on children’s health and development.

One of the most troubling aspects of the study for parents of young children is the ubiquity of air pollutants, the researchers said.

“Air pollutants are something that everyone is exposed to every day in our lives,” said lead study author Yu Ni, an epidemiologist at the University of Washington. “It is cumulative, both indoors and outdoors. You just can’t avoid it at all. You can do things to prevent and protect yourself, but you just can’t say I don’t pollute the air at all.’

The risk of exposure is particularly acute for young children, Nee said: Because of their small stature, they are closer to the ground and therefore more likely to inhale large amounts of dust and other particulate matter. Children also typically breathe at a faster rate than adults, which can cause them to inhale more particles in a shorter amount of time than those who are older.

Nee also noted that for some babies, the risks begin when they are still in the womb and their mothers inhale nitrogen dioxide. The study found that children born to pregnant women exposed to high levels of nitrogen dioxide, especially in the first and second trimesters of pregnancy, had more behavioral problems than other children.

Kathryn Carr, a pediatrician and epidemiologist at the University of Washington and senior author of the study, said that prolonged exposure to pollutants, both in utero and after birth, increases the potential for long-term adverse health effects.

The authors of the study emphasize that they adjusted the results for socio-demographic, behavioral and psychological factors to pay attention to the role of air pollution. “What contributes to a child’s overall health, and in this case, healthy brain and behavioral development?” said Carr, who is a professor in the university’s School of Public Health and School of Medicine. “Healthy food, good sleep, feeling safe, feeling loved. Air pollution is only part of this formula.

“This is another potential insult. And that could be in the context of any child — that could be what steers them in the direction where it actually becomes a clinical diagnosis. It becomes something really problematic in their everyday life.”

Researchers studied nearly 2,000 pregnant women in six different cities before and after childbirth. After the children were born and grew into infancy, the researchers administered IQ tests to measure cognitive ability and assessed them using Child Behavior Checklista tool commonly used by therapists and other caregivers to assess behavior problems.

One of the researchers, Kaja LeVine, a social epidemiologist at the University of California, San Francisco, said that while the study’s findings are compelling in their own right, they also add to a growing body of research on the effects of air pollution on children, particularly from low-income families and marginalized communities. .

“We see it consistently,” Levin said, referring to a a study that found people of color were exposed to higher levels particulate pollution than other Americans. “These disparities or these social inequalities depend on race, ethnicity, and also economic status. That’s something I feel we need to pay attention to.”

Nicholas Newman, a pediatrician who was not involved in the study, said the study highlights the importance of further research into how pollutants affect parts of the body unrelated to respiratory disease.

“As we learn that air affects the body beyond the respiratory system, perhaps the most interesting thing right now is how it affects brain development,” said Newman, associate professor of pediatrics and environmental health. in Public Health Sciences from the University of Cincinnati. “Some of the things we’re concerned about are how these particularly small particles can either directly enter the brain and affect it or cause another problem there.”

Nee said the researchers hope their work will inform public policy decisions to reduce levels of hazardous particles in the air. “The US has come a long way under the Clean Air Act reduce air pollution, so compared to many countries, air pollution levels in the U.S. are relatively low,” she said. “So we feel that maybe the policy could have an even lower threshold in the future.”

Nee said she also hopes action can be taken to protect particularly vulnerable populations, including high-risk pregnant women and children living with respiratory conditions, from the harmful effects of air pollution.

Carr emphasizes that the research also has implications for efforts to address climate change.

“Air pollution and climate change are inextricably linked,” Carr said. “So if we start to get really serious about addressing climate change, we will reduce some of these air pollutants that also have direct health effects.”

Victoria St. Martin talks about health and environmental justice for Inside Climate News. During her 20-year career in journalism, she worked at half a dozen newsrooms, including The Washington Post, where she served as a breaking news and general assignment reporter. In addition to The Post, St. Martin has also worked for The Star-Ledger of Newark, New Jersey, The Times-Picayune of New Orleans, The Trentonian, The South Bend Tribune and WNIT, a PBS radio station serving north-central Indiana. In addition to her newsroom experience, St. Martin is also a journalism professor who spent four years as a distinguished visiting journalist in the Gallivan Program in Journalism, Ethics and Democracy at the University of Notre Dame. She currently teaches at Temple University’s Klein College of Media and Communication. St. Martin graduated from Rutgers University and holds a master’s degree in communication from American University. She was diagnosed with breast cancer in 2011 and has written extensively about the prevalence of breast cancer in young women. In her work, St. Martin is particularly interested in health care disparities for black women.