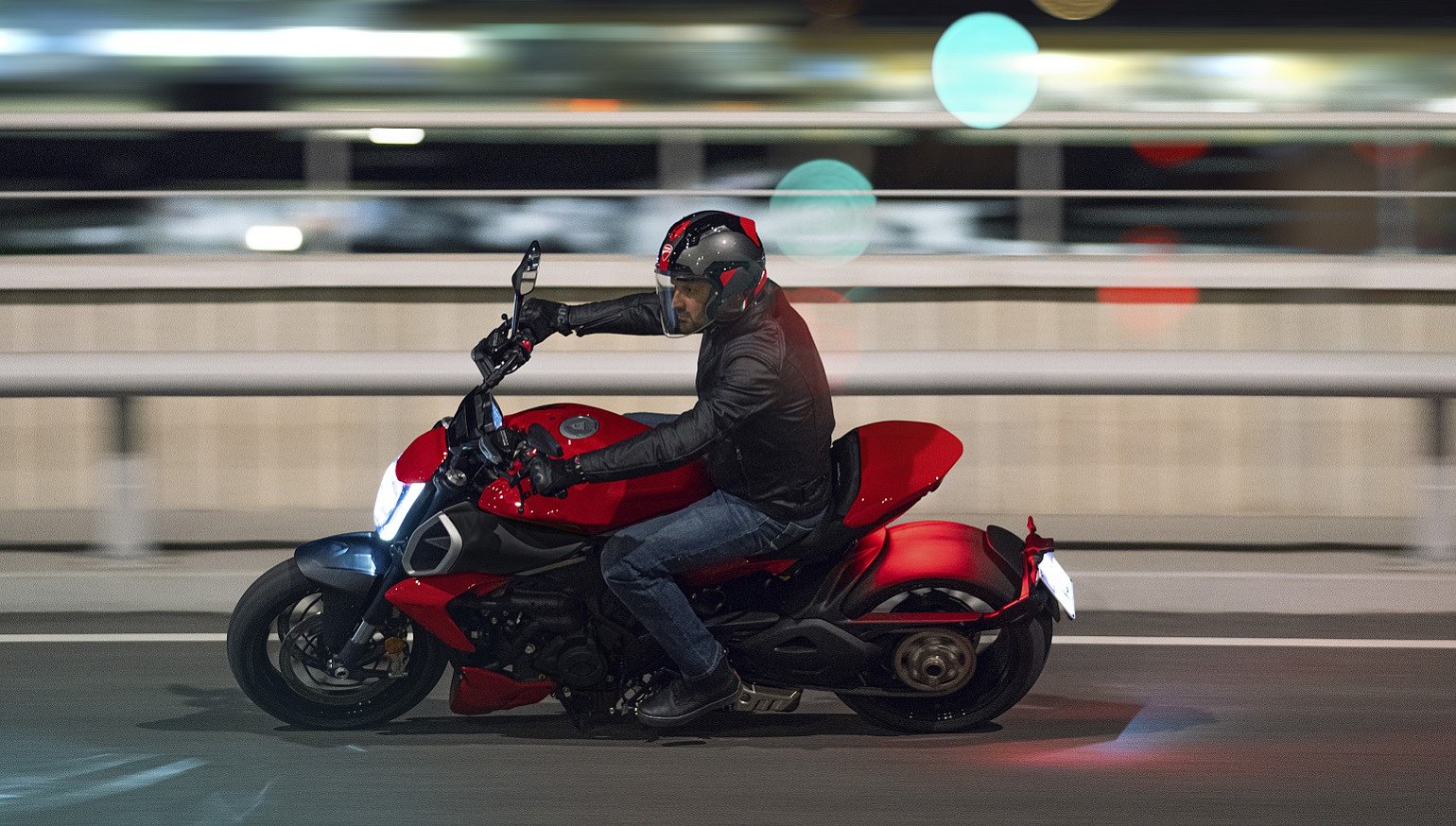 Few bikes in the U.S. market today are more difficult to categorize than the Ducati Diavel, and things will get even murkier in 2023 when Ducati puts a 168-horsepower version of its V4 Granturismo engine into the Diavel.

It’s no surprise that Ducati used the Italian word “inconfondibile” about half a dozen times in the video announcing the 2023 Diavel V4, because it’s true that the bike is unlikely to be confused with anything. Some of its lines and details make you think it’s a “cruiser,” but how many cruisers weigh less than 500 pounds and make 168 horsepower? The ergonomics and full suite of electronic rider aids are reminiscent of state-of-the-art sportbikes, but none of them have a 240-section rear tire hanging from a single-sided swingarm. Power – both acceleration and deceleration – say “sport bike”, but no traditional sport bike looks like this.

Ducati calls the Diavel V4 a “muscular cruiser” and “muscular, sporty, exaggerated and elegant all at once.” Better to just stop worrying about classification and start describing.

Not only is the V4 slightly lighter than the previous Diavel, but it also produces slightly more power from the Granturismo engine. As a result, Ducati says the 0-60 mph time is under three seconds. But Ducati also touts other performance figures, such as the ability to decelerate at up to 37.7 feet/second2, is a statistic you rarely see in links. Ducati said carefully calibrated ABS, along with large 330mm discs and Brembo Stylema calipers, make this possible.

Another benefit of the Granturismo engine is extended service intervals. The valve checks are 37,000 miles apart. And the Granturismo has another trick in its sleeveless top hats. Not only do the rear two cylinders cut off when you’re idling at a stop light, as some V-cylinders do, but also when you’re cruising with low engine load. Essentially, the Diavel V4 switches from a parallel twin to a V-four when needed.

While the sporty performance sets the Diavel apart from conventional cruisers, it has cruising touches in terms of looks. Details like unique LED taillights, integrated turn signals, and passenger footboards and grab bars that can be folded out of sight are things you’d expect to find on custom bikes. Ducati also has a variety of accessories available, including appearance parts as well as functional items such as windshields and panniers that don’t require mounting brackets.

The Diavel also departs from cruising norms by embracing and flaunting technology rather than rejecting it or hiding it in an attempt to mimic the 1950s. The five-inch TFT is your way to control the extensive electronics package (turn-by-turn navigation is available as an option). Riders can choose from three power modes and four ride modes (Sport, Touring, Urban and Wet, all of which are customizable). A six-axis Inertial Measurement Unit (IMU) powers ABS, Ducati Traction Control (DTC), Ducati Wheelie Control (DWC) and Ducati Power Launch (DPL) cornering. There is an up and down quickshifter and cruise control.

Of course, all of this doesn’t come cheap, especially in times of inflation, with Diavels starting at $26,695 in the US.

In US motorcycle culture, many riders consider themselves nonconformists just because they ride, but have very conformist ideas about what they will ride. It has to be an American-made air-cooled V-twin, or it has to be a full-faired sportbike, or it has to be a powerful naked with neutral ergonomics, but not boring. You have to be a true maverick to like the Diavel, and you have to be willing and able to pay a high price to get one. All this means that a bike like the Diavel V4 will never become a best seller, but as your weird uncle who made a lot of money selling his tech startup and moved to a tiny house in the woods to become a vegan bodybuilder, it’s an interesting branch on the family tree.

Lubet finally shows what he is capable of – DirtFish

OPINION: The gift of unpredictability to the next generation

Ford has run out of brand badges and model nameplates, causing delivery delays