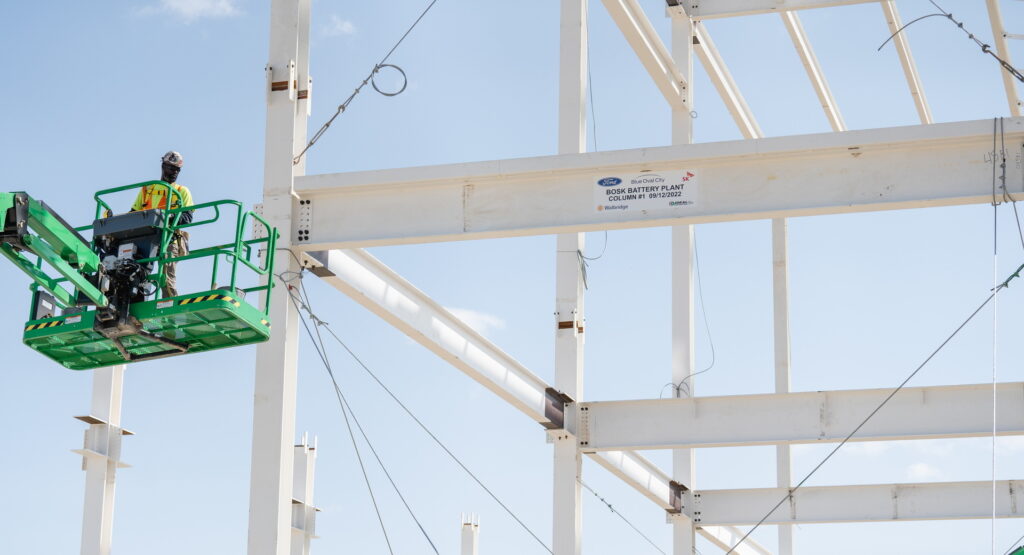 Ford has officially begun construction on BlueOval City, a massive “megacampus” that heralds the future of the brand. It will be the largest and most modern car production facility in the history of the brand.

The Stanton, Tennessee-based automaker began producing steel structures less than a year after Ford and SK ON announced a $5.6 billion investment in electric vehicle production. The company will be tasked with building a “revolutionary all-new electric truck” as well as advanced batteries for future Ford and Lincoln cars.

Read also: Ford is investing $11.4 billion in two major plants for the production of electric vehicles and batteries

Ford says production at the facility will begin in 2025 at the nearly six-square-mile (16-square-kilometer) megacampus. It will be operated by 6,000 workers and will be a vital step in terms of production 2 million electric cars worldwide by 2026.

Since March, if Ford and his partners began preparing the land for construction, more than 4.6 million cubic yards of soil were moved. That’s enough to fill about 34,500 backyard swimming pools. During that time, 370,000 tons of stone, each weighing 1,600 times more than the Statue of Liberty, were also laid, and 4,600 deep foundations were installed, the length of which is roughly 176 Eiffel Towers when they were placed end to end.

One of two massive complexes planned by Ford to prepare for the electric car revolution, the second will be located in Kentucky. Dubbed the BlueOvalSK Battery Park, the $5.8 billion site will supply batteries to Ford plants across the country. Also scheduled to open in 2025, it will produce 86 gigawatt-hours of batteries annually.

“This is our moment — our biggest investment in history — to help build a better future for America,” Jim Farley, Ford’s president and CEO, said last September. “We are now moving towards delivering breakthrough electric vehicles for the many, not the few. It’s about creating good jobs that support American families, a super-efficient, carbon-neutral manufacturing system, and a growing business that benefits communities, dealers and shareholders.”

The Lamborghini Jarama is just as eye-catching as the Countach, but for the wrong...

The previous owner of this unique Porsche Carrera GT repainted it in a Ferrari...