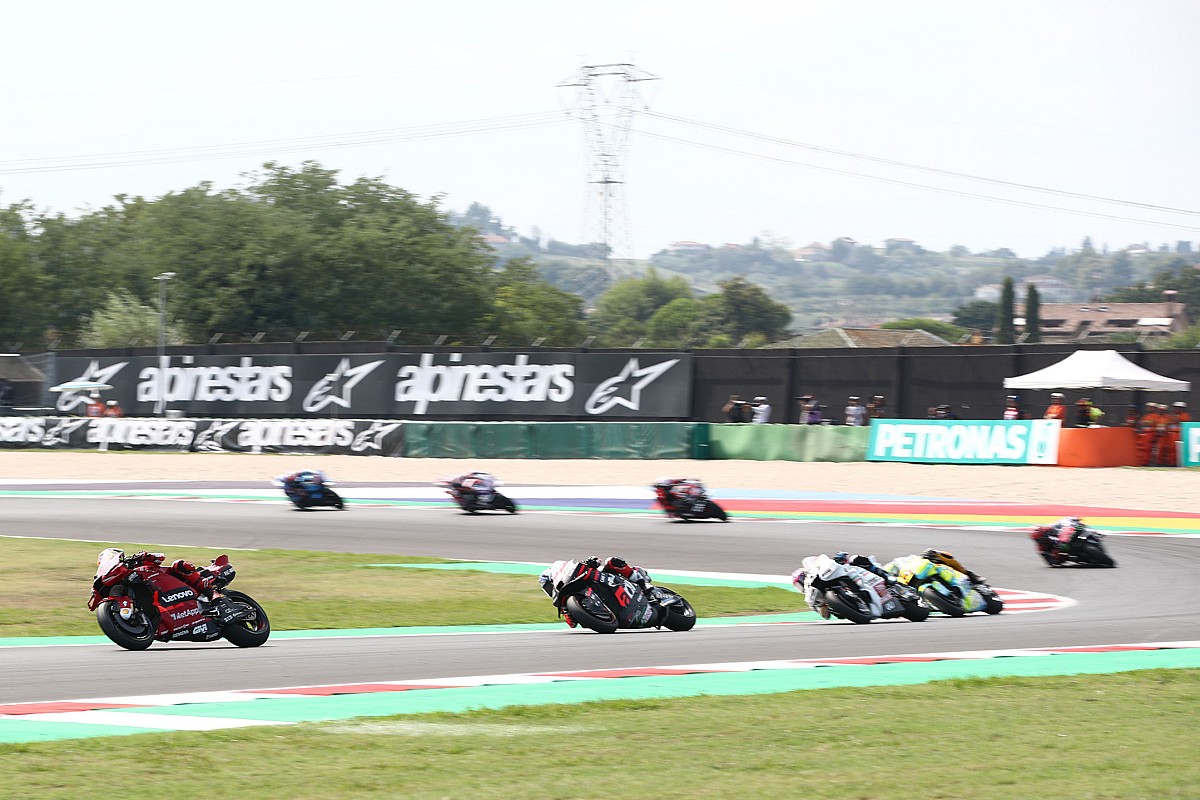 From 2023, to increase interest in the series, MotoGP will introduce half-distance sprint races on Saturdays of each Grand Prix weekend.

The sprint events will be run for half points and will have no relation to the grid order of the main Grand Prix, as is the case in Formula 1 and World Superbikes for their respective sprint races.

The proposal was met with mixed opinions from riders, with six-time MotoGP world champion Marc Marquez saying the sprint races would make the series “more spectacular”, while reigning champion Fabio Quartararo called it a “stupid idea”.

The introduction of sprint races will see the weekend format revised with the aim of keeping track times the same as they are now.

Following the initial reveal of the sprint race format, it has been confirmed that two practice sessions will continue on Friday, although they will be slightly longer compared to the current 45 minute walks we run now.

The order of the qualifying groups will be determined by the combined times at the end of Friday’s heat, with a half-hour FP3 taking place on Saturday before qualifying.

Sprint races will take place on Saturday at 15:00, the main grand prix will remain at 14:00 on Sunday. The MotoGP warm-up session on Sunday was also expected to be abandoned.

Friday’s sessions will now be called simply practice rather than free practice, with P1 starting at 10:45am local time and lasting 45 minutes. Practice 2 will take place at 15:00 local time and will last one hour.

The third practice, as before, will be called Free Practice 3 and will last 30 minutes at 10:10. Qualifying, which will remain unchanged, will take place immediately after, at 10:50.

Sprint wins will not go down in the history books as Grand Prix wins.

In terms of fuel, sprint races will be limited to the permitted use of 12 liters of fuel. All other sports and technical regulations that apply to the Grand Prix will remain the same for the sprint.

In the sprint race, the number of violations of track restrictions will be reduced from five to three before a penalty is issued. Penalties received in sprint races will be applied in the main grand prix unless the driver already has a penalty in the main race.

Princess Diana’s turbo escort is up for auction

White Paper: How Can Operators Protect Profits in a Soft Market?