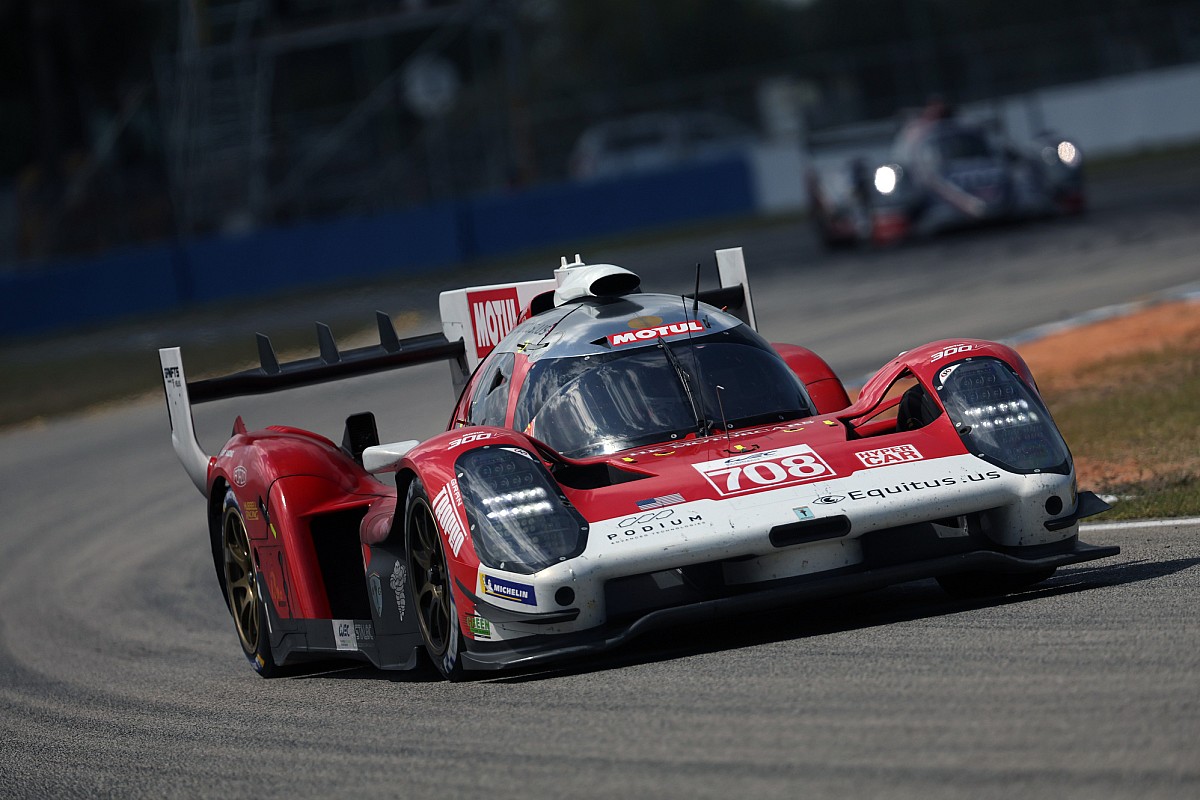 As one of the first manufacturers to commit to building a car according to the rules of the LMH FIA World Endurance Championship in 2021, Glickenhaus remains the only participant of modern generation technology in the Hypercar class, apart from Toyota with its 007 LMH, and Peugeot is not expected. perform in the championship to Monza in July.

Given its American roots, Glickenhaus was considered a clear candidate for an extension to IMSA in 2023, when LMH cars will be allowed to compete with LMDh series ’own cars in the newly created GTP category.

However, IMSA has set strict criteria for manufacturers wishing to race in next year’s high-end series, with a requirement to produce 2,500 road cars a year, effectively limiting the category to major car manufacturers.

Team founder Jim Glickenhouse has long been a critic of IMSA’s policies, which he says violate U.S. antitrust laws by discriminating against manufacturers on the basis of their size and scale.

Reiterating that IMSA should reconsider its position on boutique manufacturers like it, the 71-year-old revealed that several customers are interested in racing on 007 LMH and are competing with LMDh cars from Porsche, Cadillac and Acura and others in the GTP class next year . .

“There is a huge interest in both 004Cs [GT3 car] and our Le Mans hypercar, ”Glickenhaus said German edition of Motorsport.com. “We talk to a lot of people.

“Then we have to decide what will happen to IMSA because some potential customers want to race at IMSA.

“When it happens [not being allowed to race], we will immediately send IMSA to court. But I think they will retreat. I can’t imagine they are so stupid.

“It’s so simple: we sell our LMH for less money than Porsche sells its LMDh. This is clearly discriminatory towards our customers.

“They will be forced to buy a more expensive product from a larger manufacturer rather than a less expensive one from a smaller one. This is illegal. If we want to race at IMSA, we will race at IMSA. ”

Glickenhaus added that he has legal options to allow potential participation in 2023, but is confident that the top IMSA team will understand the value the American team can bring to the series early on what is believed to be the new golden age of sports racing. cars.

“We are an American company. Last year we had 120 million interactions on social media. This year it will be more than 200 million. We attract fans like crazy. So why doesn’t IMSA want us to race?

“I think if the top person at IMSA really understands what’s going on, it’s over.

“But until the list of participants is open for next season, we cannot act. Of course they could. But this is our term. If we submit an application and they reject it, we will go to court and issue an emergency order. “

Mahindra will launch the all-electric XUV400 on September 6

Here’s your chance to ride the Rimac Nevera in Goodwood

A major new security update has been released for iOS and macOS, so update...