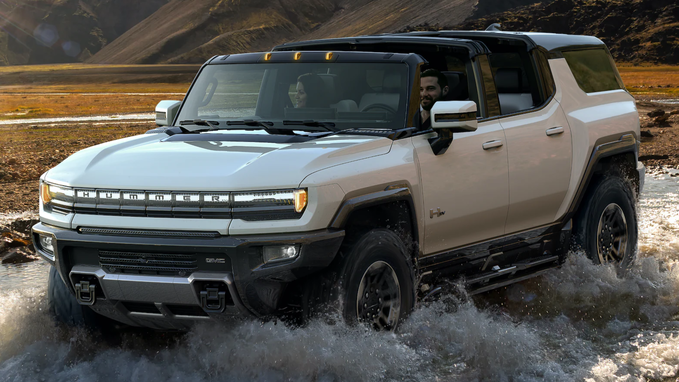 General Motors has brought the GMC nameplate back to life with the massive, incredibly powerful and expensive Hummer EV pickup truck and SUV. Despite the gigantic size and six-figure price tags for some models, GMC received more than 90,000 reservations for both body options of the electric car. Demand for the American automaker is so high that GMC has stopped accepting reservations for all-electric vehicles.

The news comes from Detroit Free Press, which received a statement from GMC spokesman Michael Farah confirming the news. In a statement, Farah said the automaker has “over 90,000 reservations for both pickups and SUVs, and we’re pleased to say that this incredible demand has resulted in reservations for the Hummer EV being fully booked at this time.” Farah told the publication that pickup and SUV bookings are split almost 50-50 between body types.

Consumers who missed a Hummer EV can “raise their hand” and select updates about electric vehicles and their availability. It’s not the same as putting down a refundable $100 deposit on the car, but it’s the next best thing now that GMC has stopped taking car orders. We’re sure GMC will reopen the order cans for the electric Hummer at a later date, but the automaker hasn’t confirmed when that will happen.

Earlier in July this year GMC Reportedly building Hummer EVs at the rate of a dozen a day. It’s incredibly slow, and it will take GMC over a decade to fulfill orders for the car. The problem then was the limited number of battery cells that were produced. Since then, GM has opened a battery cell factory in Ohio with LG Chem. The American automaker is also working on opening two more plants in the US over the next few years. Once these plants are up and running, GM will be able to increase the number of Hummer EVs built.

Consumers are anticipating long waits for their electric cars to arrive. GMC said earlier this March that reservation owners will likely have to wait until early 2024 before receiving the model due to the automaker’s backlog.

See the best deals and incentives for electric cars

World RX rookie who has already made history – DirtFish

Stellantis is counting on Africa to boost its used car sales