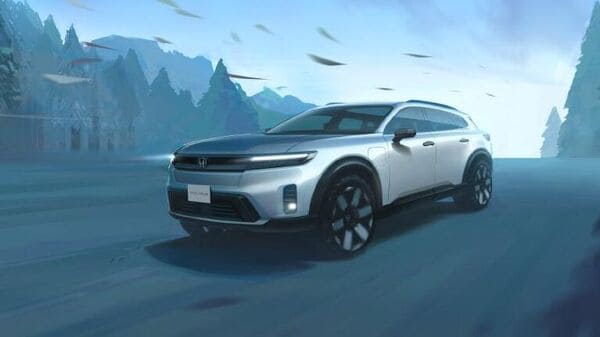 Honda will release the Prologue electric SUV for global markets in the next two years. The first official sketch gives an idea of ​​what a fully electric SUV will look like.

Honda has released the first sketch showcasing the design of its new all-electric SUV Prologue, due to be released in 2024. This is the first Honda model developed with virtual reality visualization, ready for adventure. A team of designers from Honda Design Studio in Los Angeles has created virtual reality to overcome the challenges of remote work requirements during the Covid pandemic. They virtually collaborated with members of Honda’s design and development team in Japan.

The Prologue’s exterior style showcases Honda’s global design language along with a long wheelbase, shorter overhang and a sturdy stand with high-performance tires.

“As the Honda Prologue’s exterior style project manager, it was exciting to work with a team of young, promising designers to create an SUV with clean, simple lines and the strong influence of our global EV models, including Honda: e,” said Giro Ikeda. “We’ve balanced it with the fuzzy look already seen in our current lines to ensure the Honda Prologue represents a true Honda EV,” he added.

The team also focused on ergonomics, improving the body with a simple surface, fewer lines to improve range and reduce cabin noise.

“Two years ago, we announced a plan, positioned as a smart strategy, to jointly develop an electric vehicle with GM. The result is not just a more efficient process, but a new Honda Prologue car that looks great, “said Mamadou Diallo, vice president of car sales for American Honda Motor.” that this is only the first volume of the Honda EV, as well as the development of more Honda EVs, which we will start creating in the near future. ”

To achieve its global goal of achieving carbon neutrality by 2050, Honda will introduce 30 new electric vehicles worldwide by 2030 with a capacity of 2 million units. In North America, Honda has set an ambitious schedule for the introduction of electric vehicles based on three phases until 2030.