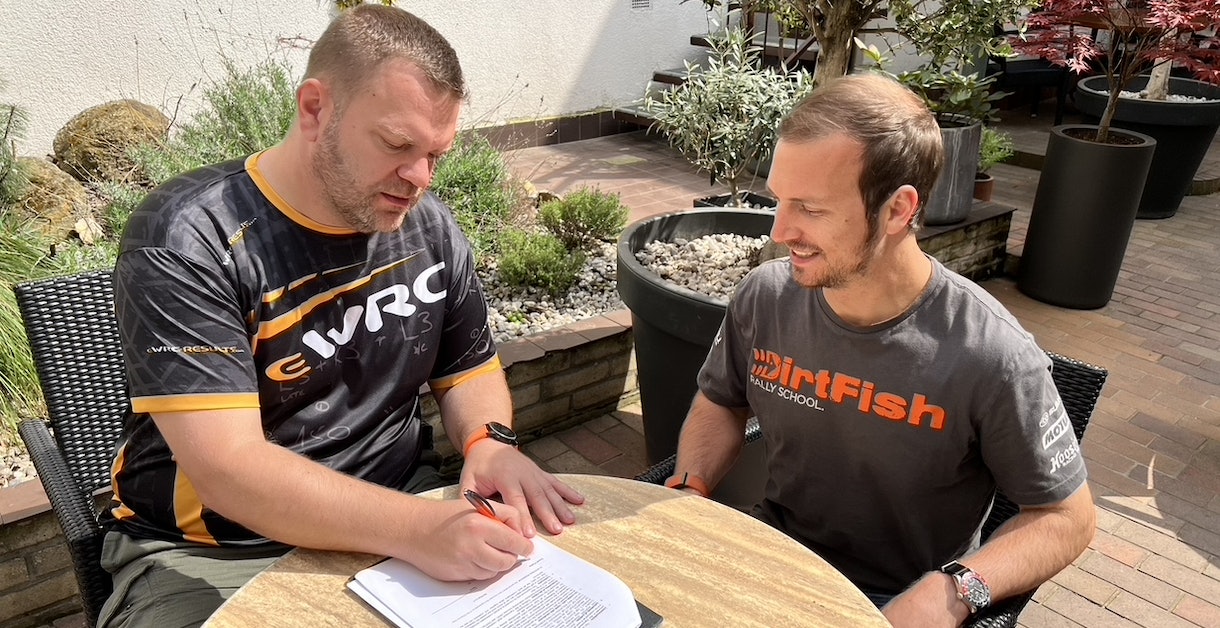 The next task was to introduce Tomasz to our owner Steve Reimer.

In addition to being one of the most successful people I know, Steve is also one of the busiest. (They’re unrelated …) His days are full of him doing amazing things in the aviation industry, but he’s ahead of every curve.

I called him to talk about eWRC and the opportunity.

Of course he knew. He has already stumbled upon the message. Steve is the same as you and me: no more than a couple of clicks from another visit to the eWRC. Time was against bringing Tomasz to Seattle. Even if the site was offline, the data was still collected and installed.

Instead, the connection between Seattle and Plzen was virtual. But it soon became real.

Steve and Tomasz were on the same page.

And so DirtFish CEO Justin Simpson and I found ourselves in Pilsner’s hometown to sign an agreement with Tomasz.