Motonewstoday.com
Home Uncategorized In the Asia-Pacific region there is a boom in hiring for robotics... 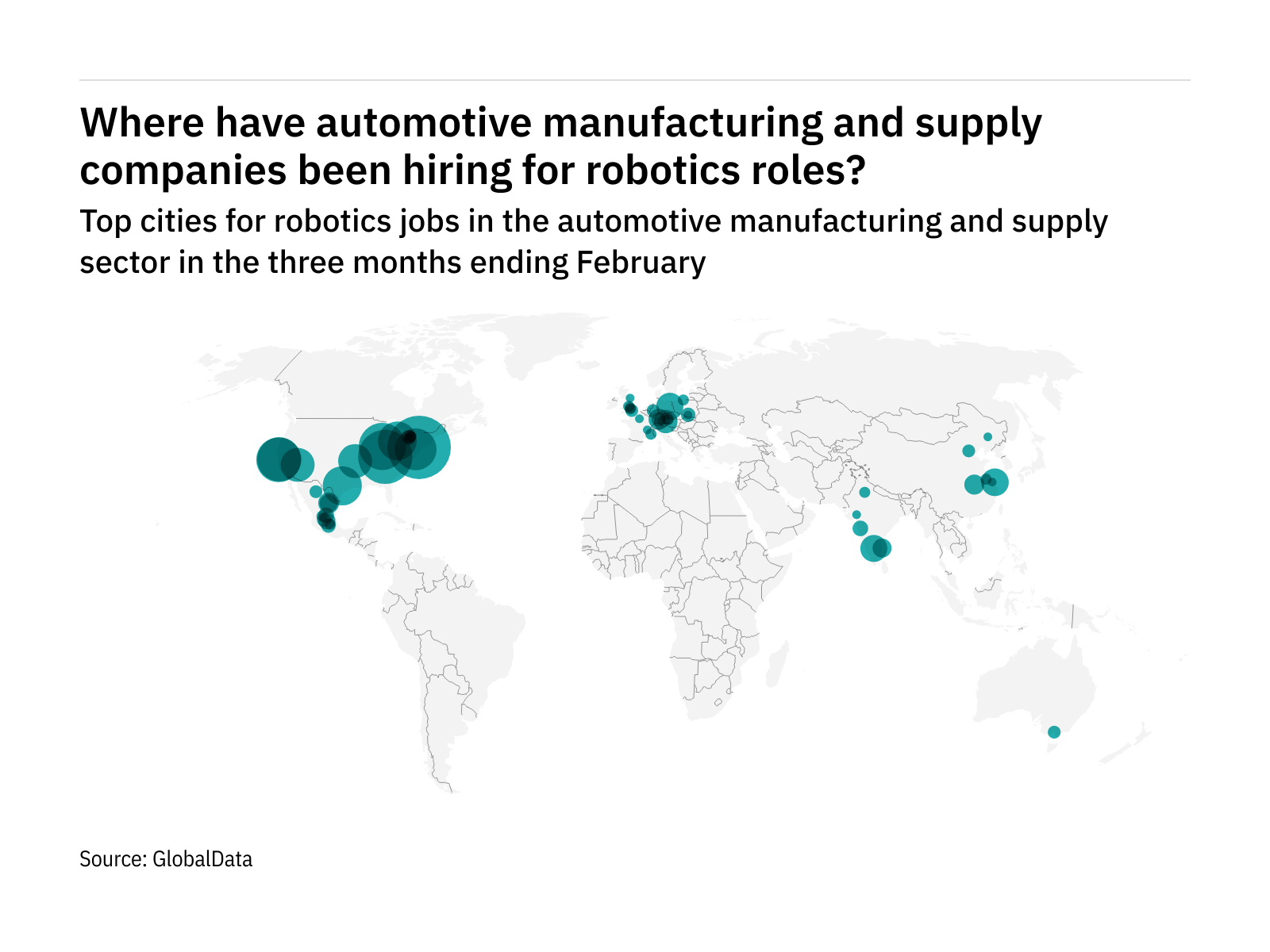 
The Asia-Pacific region was the fastest growing region for hiring robotics among automotive companies for the three months ending February.

This was followed by North America, where compared to the same period in 2018, the role of robotics has changed by 0.2 percentage points.

Figures are collected by GlobalData, which track the number of new vacancies from key companies in different sectors over time. With the help of text analysis, these vacancy announcements are classified thematically.

GlobalData’s thematic approach to sector activities aims to group key information about companies by topic to see which companies are best able to overcome failures in their areas.

These key topics, including robotics, are chosen to cover “any issues that prevent the CEO from sleeping through the night”.

By tracking them in job postings, it allows us to see which companies are leading in specific issues and which are following – and, importantly, where the market is expanding and shrinking.

Which countries have the highest growth in robotics vacancies in the automotive industry?

The best country for robotics in the automotive industry is the United States, which in the three months ending February had 72.4% of all advertised roles.

Which cities are the largest centers for robotics in the automotive industry?

In the three months ending February, Warren (United States) has announced about 7.5% of all robotics vacancies in the automotive industry.

Old Dominion posted an industry record below 70% OR in Q2