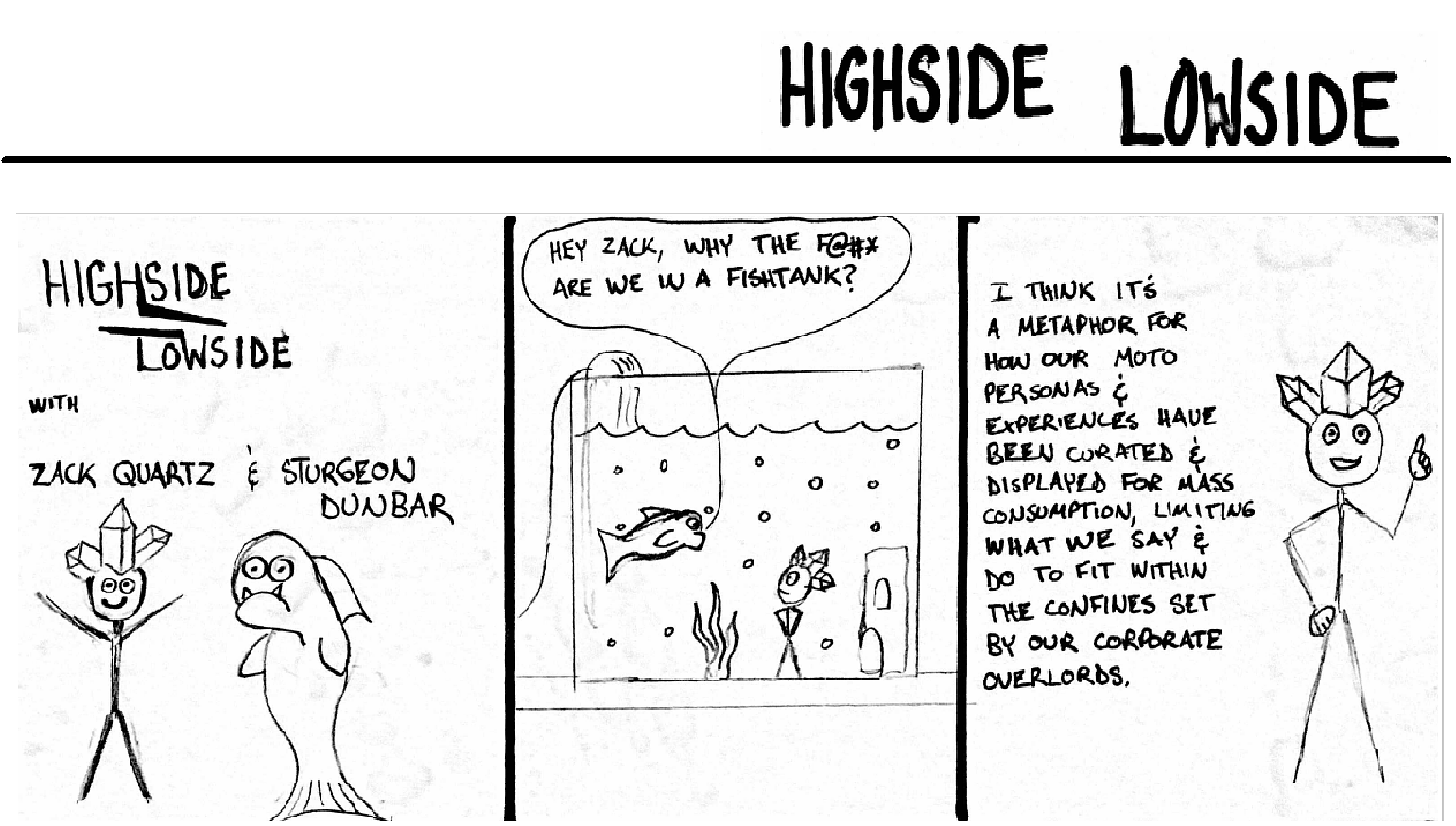 We’ve always known that we have a great audience on the Common Tread, on the RevZilla YouTube channel and the Highside / Lowside podcast, as well as some really loyal fans. But one podcast listener took the fund to a new level.

These Highside / Lowside comics unexpectedly came from the faithful listener Michael Pearson III. He explains that he works as a seafarer on tugs cruising between Seattle, Alaska and Hawaii, and he has a lot of time, as he described, “peering into the emptiness of the Pacific Ocean.” This explains why he is not one of the listeners who complains that almost two hours of discussion is a bit long for a podcast.

He also spent part of his time at sea, reflecting on some of the discussions in the podcasts, presenting further conversations between Zach “Quartz” and “Sturgeon” Dunbar, as well as episodic performances by producer Chase and me as Common Tread editor and casual podcast guest.

The game Highside / Lowside with booze will also be familiar to ordinary listeners. In the fourth season, the listener invents a whole booze to listen to a podcast, such as one drink every time Zack says “my colleague Ari Henning” or “it’s a whole other podcast,” or Spurgeon mentions his Uncle Bob or says “KTM in the garage.” Two drinks after any mention of Spurgeon’s off-road trip in his Triumph Bonneville or Zack race carts.

If I interpret the following strip correctly, the author and artist suggests that one of Zack’s happy dreams of riding was too often interrupted by a loud exhaust, and he decided to give his allegiance to those who were willing to retaliate. (For context just look at a number of opinions in readers ’comments Yesterday’s article on noise cameras.)

We can say that Michael reads the Common Tread and also listens to the podcast because it gives an imaginary look behind the scenes of the editorial process. Although I swear that in real life this is not entirely true. Spurgeon isn’t that cheeky at all, and I’m nowhere near that despot. Really. No matter what Spurgeon tells you. I don’t.

Either way, you get the picture. Literally. Thanks to one podcast listener who went beyond the role of content consumer to become part of the creative process. Thanks for the laugh, Michael.

GM claims to have secured all raw materials for batteries for 1 million electric...