Motonewstoday.com
Home Racing News Jacobsen gets two in a row at the Tour de Hongry 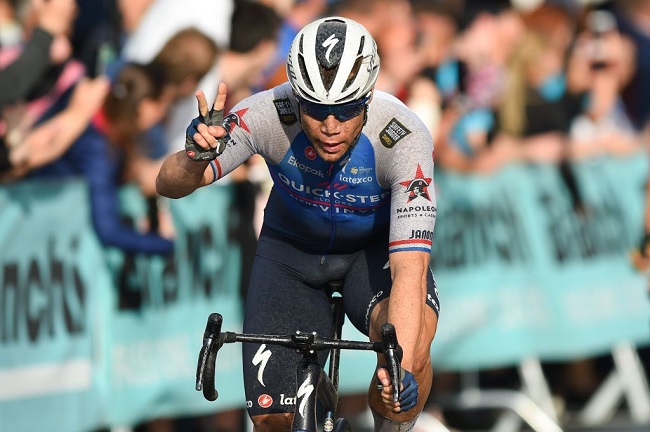 Fabio Jacobsen won for the second time in a row in just twenty-four hours Tour de Hongri and took the lead overall.

Rain and slippery road complicated the situation in the last kilometers of Friday’s stage, but Quick-Step Alpha Vinyl again dominated the final sprint, and the Dutch sprinter was ahead of Rudy Barbier and Sasha Wimaes, the same two riders he beat in stage 2.

“This is another victory for the team. Ilya worked very well at the front, controlling the gap all day, while the other guys kept me in defense and made sure we stayed together when things got hectic. In the final, when some teams passed us, I tried to follow Florian, then we lost a little bit and got into boxing, but we remained confident that we would find each other again, and that’s what we did, “said Jacobsen. .

“After Florian peeled off the front, I rode a few wheels up to 200 meters, and despite the wet road, I was able to finish it off, which makes me happy. The yellow jersey is a nice bonus after this victory, which is good for confidence after a month without racing, ”said the new leader in the overall standings of the Hungarian Tour after winning the 870th victory in the history of Quick-Step Alpha Vinyl.

Do you need a license to drive an electric bicycle?

Formula 1 teams are urging the FIA ​​not to delay the finalization of parking...