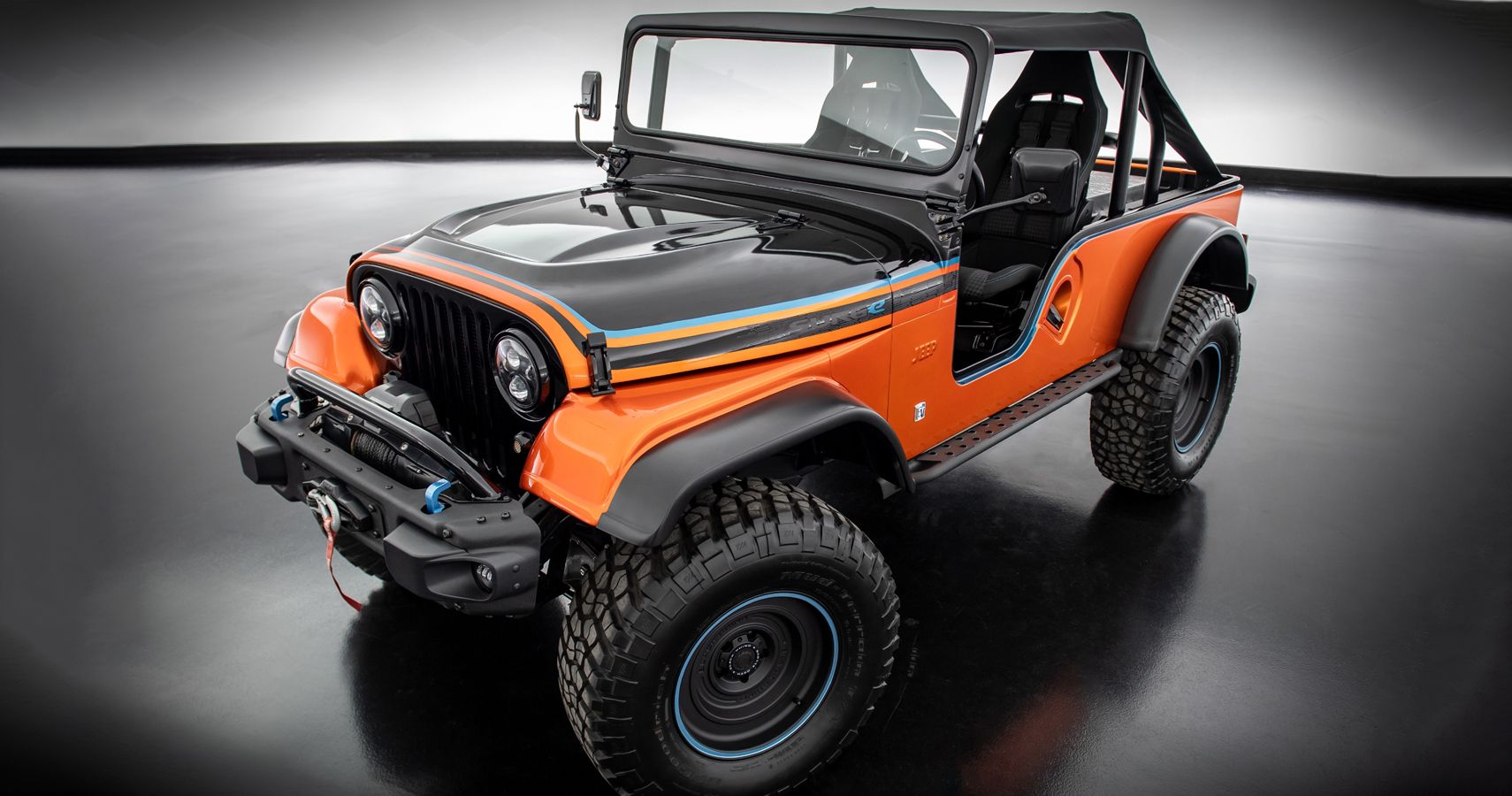 Last SEMA show was all about heavily modified cars with big block engines under the hood. But the days of the big V-8 and V-12 engines are coming to an end, and at the same time, SEMA needs to change. It all kicks off this year when Mopar comes to Las Vegas with a pretty interesting one Wrangler, which will ditch the big V-8 engine in favor of an all-electric powertrain. Called the CJ Surge, the concept is intended to preview powertrain details and applications for future electric vehicle conversions.

On the topic: The 2024 Jeep Recon EV is the electric Wrangler you didn’t know you wanted

268 horsepower and a lot of potential under the hood

The CJ Surge concept is powered by an all-new scalable 400-volt electric drive module that delivers a total of 200 kilowatts (268 horsepower). The new drivetrain mounts to the concept’s frame with custom-designed rigid engine mounts and sends power to all four wheels via a two-speed Jeep transfer case with gear selection. The electric motor receives energy from 24 lithium-ion battery modules installed in the cabin, where the rear seats are usually located. Of course, that means the concept only offers interior room for two people. The charging port is located just behind the driver’s side door opening.

On the topic: The Ford Bronco is no match for the Jeep Wrangler 4xe in drag racing

Once inside, you’ll find new custom seats upholstered in black Sedoso fabric with Surf Blue stitching. Other updates include a Wrangler JK center console with a rotary shifter, a custom steering wheel with a unique JPP horn badge, and a new Mopar instrument cluster that will also display battery life information. As it is a concept built for off-roading, it features a custom-built frame, and a custom-shaped bikini top provides protection from the sun and rain. Finally, the concept wouldn’t be complete without a set of Mopar all-weather floor mats.

Definitely don’t wait for the CJ Surge The concept will go into production somedaybut Jeep says it will allow “Mopar designers and engineers to gain a better understanding of the potential applications of battery electric vehicle (BEV) parts kits, leading to future powertrain offerings for enthusiasts building or converting classic and modern cars and trucks into zero-emission vehicles “.

Nashville winner Dixon feared a shunt had ruined his race