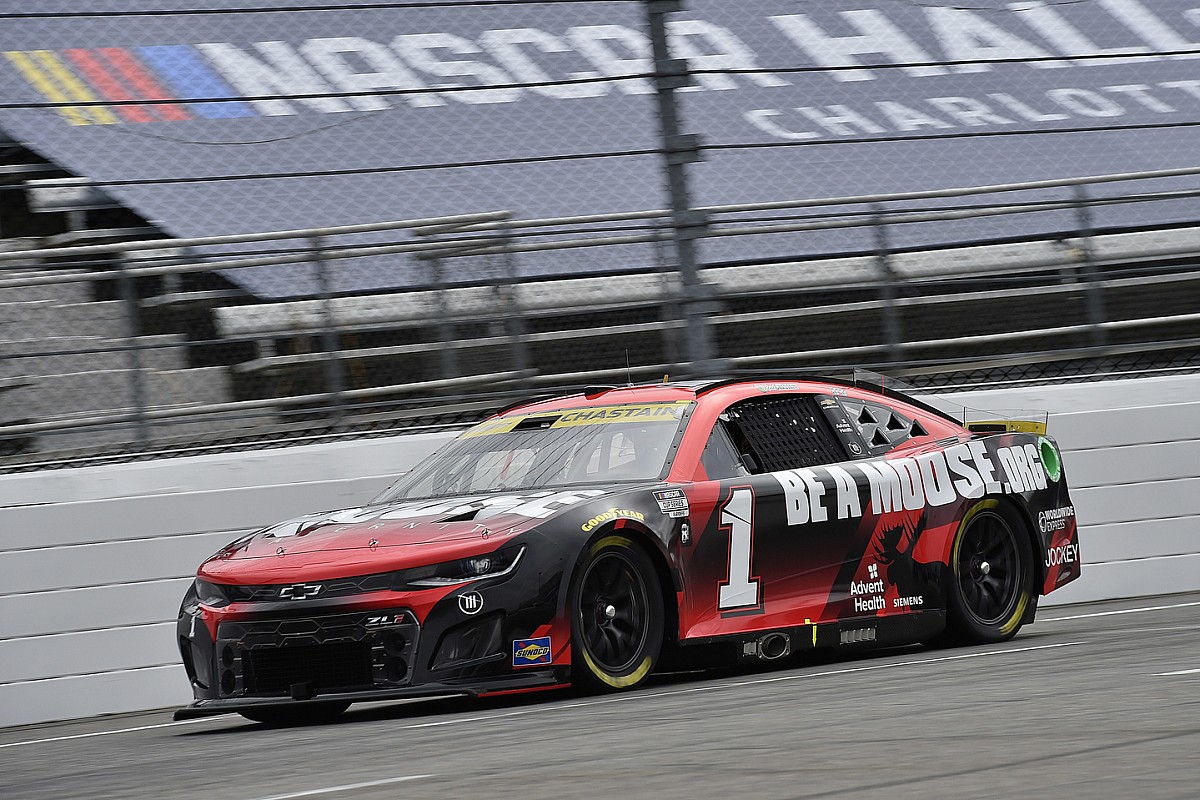 Did it Chastain just open pandora’s box? Lagana warns that he may have.

Running tenth on the white flag lap, he shifted into fifth gear, backed the car into the outside wall, and raced to the finish line at full throttle. The brazen move earned him five positions and allowed Chastain to enter Championship 4.

NASCAR said the move is within the rules, but will that change in the near future?

While praising the Trackhouse Racing driver, Logan also warned against allowing such maneuvers in the future.

“We all did it as kids. We’ve all done it in video games. That’s how you did speed in a video game, that’s what you did,” laughed Logano.

“I mean it was great, it was cool. This happened for the first time. There are no rules against it. There should be a rule against that, because I don’t know if you want the entire field to ride the wall to the checkered flag. I don’t know if it’s the safest thing for the driver or the fans when you have a car right up against the wall carrying the mail like that. What if that fence, gate wasn’t closed all the time What if it bent and caught his car? Ross was willing to take a big risk.

He concluded: “God bless him, it’s great, (but) I don’t think we need to do it every week.”

Will we see this again in the finale?

Logano will fight for the championship with Chastain, Chase Elliottand Christopher Bell next weekend in Phoenix. With the possibility that it will happen again and decide who will be the champion Team Penske The driver urged NASCAR to act immediately.

“That’s why I’m saying we probably need to do something about it by next week,” he said. As I said, the box is now open. This will continue until we do something about it. Phoenix also provides an option for this. Slightly different entry point and all. But, yeah, if you’re going for a championship, you probably will.

“You’re leading going into the last corner, are you going to put it in the wall? God. It’s cool, it happened once, we don’t need to make something out of it.”

Kyle Larson also had reservations about the move and had tried something similar himself at Darlington Raceway in the past.

Mazda promises to make factories carbon-neutral by 2035, continuing to produce cars with internal...