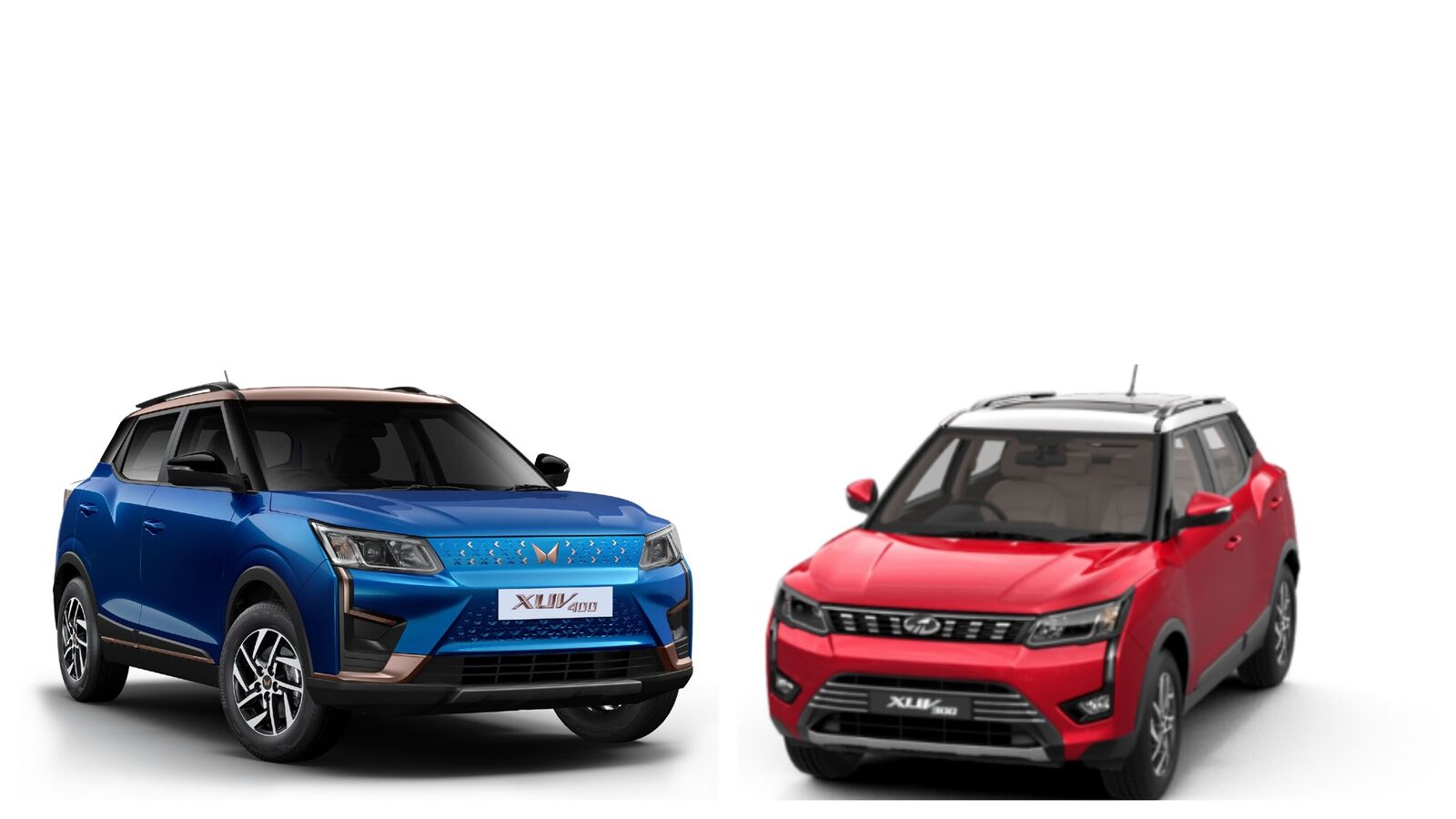 The claimed range of the Mahindra XUV400 is 456 km. The XUV300 is offered with petrol and diesel engines.

Mahindra Ahead of World Electric Vehicle Day, Mahindra unveiled its first electric SUV, the XUV400. In the future, the homegrown manufacturer will also release several new SUVs, the concept version of which has already been presented by Mahindra. The XUV400 can be seen as an electric version XUV300 compact SUV. However, Mahindra has made some significant changes to the XUV300 to make the XUV400. That’s all the differences between both SUVs.

At first glance, both the SUVs look very similar, but Mahindra has made minor changes to the exterior. The XUV400 has ditched the vertical LED daytime running lights found in the XUV300’s bumper. The bumper design on the XUV400 is different and features ‘x’ elements along with the copper-trimmed two-peak logo. In fact, the copper color will be used frequently on Mahindra electric vehicles to differentiate them. The design of the XUV400 taillights is the same as the XUV300, but the elements inside are different.

The XUV400 got EV-specific sensors and a different gearshift lever. The cabin is now completely black, while the XUV300 gets a two-tone theme in black and beige. Copper accents have been carried over to the interior as well. Also, there are some blue highlights.

One of the biggest changes to the XUV400 and XUV300 is size. The XUV300 is based on the Ssangyong Tivoli, which is 4.2 meters long. Mahindra has reduced the length of the XUV300 to less than 4 meters to get the tax benefits. However, electric vehicles do not receive any tax benefits if they are less than 4 meters long. Therefore, it made sense for Mahindra to use the full potential of the platform and increase the length to 4.2 meters.

So the XUV400 is 205mm longer than the XUV300. This helped increase the volume of the trunk from 257 liters to 378 liters. That means an increase of 121 liters. Boot space is one of the main factors for which the XUV300 receives criticism.

Mahindra has revealed only one specification of the XUV400. It will have an electric motor mounted on the front axle, which will have a maximum power of 150 horsepower and 310 Nm of maximum torque. The battery pack has a capacity of 39.2 kWh and a range of 456 km as per Indian driving cycle standards.

Aim for the Cloud: What’s Driving Businesses to the Cloud?

Bentley S2 was high as a kite with millions of cokes and meth stashed...

A big boost for wind and solar is coming, but stay patient… – pv...

IMSA teams are ready to deal with the impact of Hurricane...