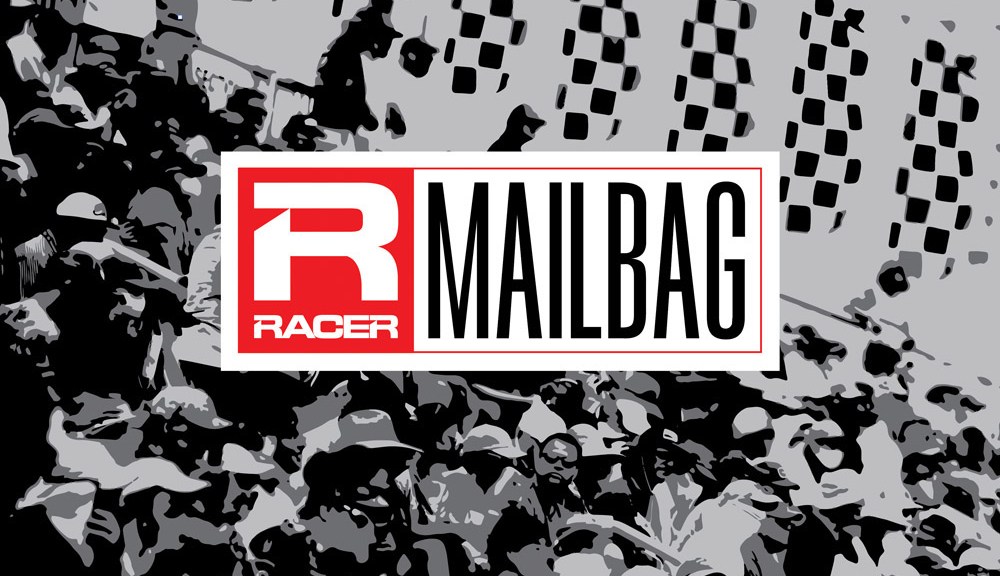 Welcome to the RACER mail bag. Questions to any of the authors of RACER can be sent to mailbag@racer.com. Due to the large number of questions received, we cannot guarantee that every letter will be published, but we will answer as many as we can. Published questions can be edited for length and clarity. Questions received after 3pm on ET every Monday will appear next week.

Q: Isn’t the combination of these three words – rain, race and chaos – the best thing to do to make an amazing race to watch? What an amazing introduction to the Indy 500. How did you think it was?

MARSHAL PRUET: More fun than any IndyCar race I can think of in a long time. I love a bit of chaos in my races, so the combination of rain and a bunch of restarts has always been amazing.

Q: Have you ever heard an explanation of how Kyle Kirkwood got one black tire and three reds at one point during Saturday’s race? Was it a rain tire with a sticky wheel nut, or did they actually lay out the main tire with a spare?

MP: They were wrong on the air, Tom.

Q: What an amazing day on the track was full of challenges, twists and turns. My only unanswered question is: who was busy driving the pace car? It was the most “yellow” race we’ve seen in a long time.

MP: It was Sarah Fisher.

Q: I watched several IndyCar broadcasts on NBC and have to say that James Hinchcliff was a great addition to the team. I know he’s been in the cab before, so it’s no surprise that he lets his beautiful face shine and also offers excellent insights from the driver’s perspective. But I feel like something is left in the tank for his driving career. When he hung up his helmet, I think he had a roller coaster, but an amazing career. Do you think Hinch has finished driving, or is he going to settle in a booth?

MP: You seem to have joined the conversation we had on Saturday in Gasoline Lane. The mayor was excellent in the booth, but he had 5-10 more years of professional top-level racing left. I don’t know if this will happen in IndyCar; IMSA looks like a country with great opportunities, and I pointed it out to another yet announced program to contact and explore if desired.

He should be full-time at IMSA next year, and if so, who would be a good modern driver to replace Hinch at the booth?

Hinch has not yet ended his life on the noisy side of the shelter. Image by Penske Entertainment

Q: Not only did Honda’s Indy GP win its first win of the season, it had three cars in the top four when the checkered flag was removed. What part of this is estimated to be related to the benefits of the new exhaust system? Wouldn’t that change the game given the qualifiers where Alex Palu was the lone driver from Honda’s Fast 6 teams?

MP: Another great statistic mentioned by an IndyCar fan on social media is the top nine drivers from nine different teams. This is madness. If we spent 85 laps on dry land, I think we’re talking about Chevy getting the fifth win in a row. I have not heard anything from Honda drivers about a noticeable increase in power.

Q: I bought the IMSA Track Pass when it came out and kept it until NBC Sports closed. And then I bought the Premium Plus streaming package for Peacock because I wanted to: 1) support NBC to support IMSA and 2) watch the race without commercial breaks. And it was a relationship that worked well for years until Laguna Seca this year. But then NBC Universal was greedy and invested in content that I paid extra for. And when I say that the commercials are added, I mean that they place a completely different ad than what is broadcast OTA / cable (yes, I checked). That’s not what I paid for. This is a classic cheat bait and switch and I won’t be involved in that.

Q: There were some great car control shows on Saturday, but also many times when drivers just pushed their opponents off the track to defend a position. How do you assess driving standards over the weekend?

MP: It was another conversation on Gasoline Alley with two important figures on Monday. It seems that if possible, the act of going around someone on the road and a passer-by who leaves a passer-by enough space at the corner exit to stay on the track has become an old concept. The new thing is to drive another person off the road, and because there are tons of locked and TV cameras on the tracks, tons of cameras in the car, tons of corner stations where corner workers report contacts and off-track racing incidents, and direct An SMS message from each timer stand to the race control, there should be no shortage of information received by the race management body to take action.

I’m starting to believe that IndyCar is perfectly fine with the ever-lowering of driving standards and the increasing number of contacts. There is no other way to explain this given all the materials, reports and incoming messages they have.

Q: Did MSR need any permission from IndyCar to run the Helio number “06”, or could anyone insert an extra 0 in front of their number? It seems strange that ‘06’ and ‘6’ JPM in one race.

MP: IndyCar approves all the figures, so dropping extra zeros is not allowed. Knowing Schenk, I’m surprised he didn’t request “5150” in honor of his favorite band Van Halen.