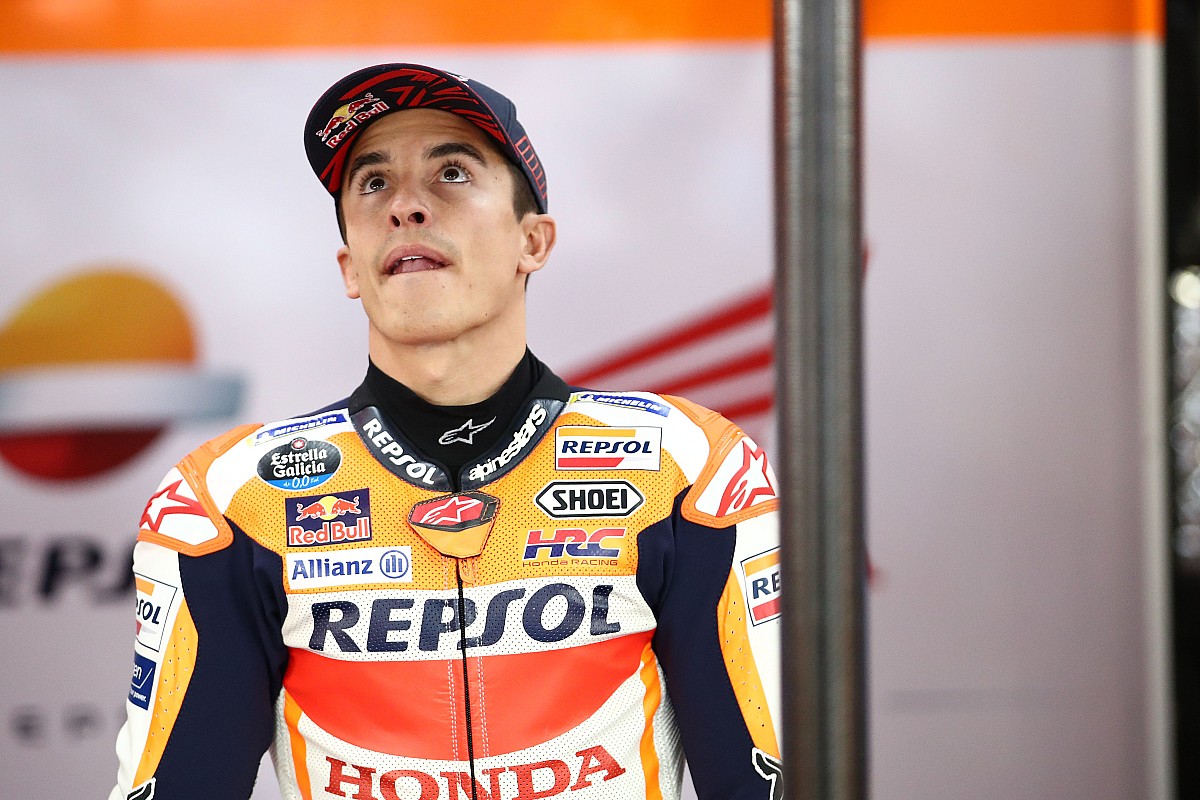 Heavy rain and predicted 100mph winds forced a meeting at Mategi on Saturday morning between MotoGP and the teams over changes to the qualifying schedule.

Due to the fact that for the moment the strong wind was kept aside, it was decided to continue with the current qualifying schedule.

Ducati’s Jack Miller – who would have started from pole had qualifying been canceled and the grid formed outside practice time – leads the pack in a united order thanks to his 1m44.509s set in FP1.

The biggest loser in Saturday’s conditions was Enea Bastianini’s title bid, with the Gresini driver’s crash late in FP1 leaving him 14th overall and taking him out of Q1.

The 45-minute FP2 started on time at 10:50am local time on a wet track that caught all three championship contenders Quartararo, Bagnaia and Aleix Espargaro out with all three running away at Turn 3.

After the first 10 minutes of running, Pramac Ducati’s Johan Zarka led with a time of 1m 58.054s – although this stay at the top of the standings was short-lived as lap times dwindled and the lead constantly changed as the riders got a feel for the conditions.

When the red flag came out with just over 12 minutes to go to clear the debris after a crash for Honda’s Pol Espargar, his team-mate Marc Marquez took the lead with a time of 1m55.232s.

Initially holding a lead of almost a second, Pramac’s Jorge Martin cut Marquez’s lead at the top of the timesheets to just 0.144s before the pit stop.

When the session resumed at 11:29am local time, Marquez’s 1m55.232s went to the checkered flag unscathed.

Martin remained second overall to KTM’s Miller and Oliveira, who won the only wet race of 2022 so far in Indonesia in March.

Zarca was fifth on subsidiary Pramac Ducati, although he will face Q1 today after missing out on the top 10 by 0.001s following a crash in FP1.

Franco Marbidelli was the leading Yamaha rider in sixth, ahead of Bastianini, LCR Honda’s Alex Marquez, Marini and Quartararo.

Aleix Espargaro finished FP2 in 11th place after a slow start to his time in the wet at Mategi, although his team-mate Maverick Viñales struggled to drop to 18th.

KTM’s Binder was the only other crash of the session, the South African, who was 24th, sliding off his RC16 at Turn 3 just before the red flag.

Kia India opens orders for the EV6, its first electric model in India

Camish uses the chaos to win the first race

Beer has a proof point for autonomous trucking