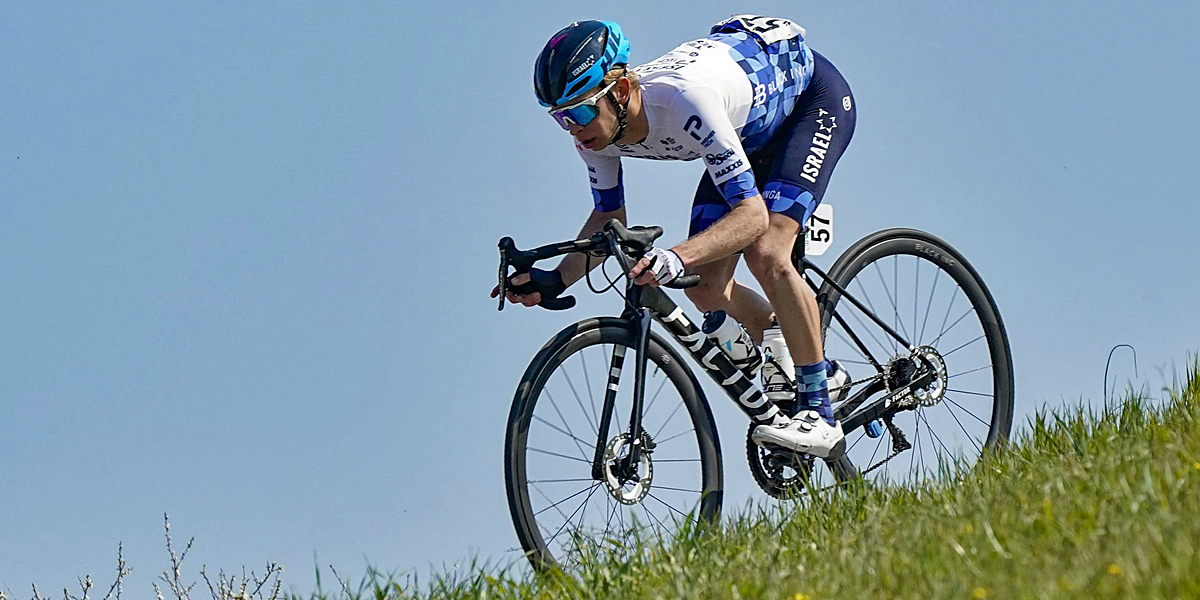 Rider interview: Ed Hood watched the “young weapons”, and Mason Holiman showed himself well in the continental team of the Israeli Academy of Cycling UCI and in his visit with the team of Israel – Premier Tech WorldTour. Ed caught up with Mason to hear all about it.

“Young Brits in business?” Fred Wright, Ben Toilet, Ben Turner, Lewis Aski, Ethan Vernon to name just five – and the next wave is on the way. There are such as u23 Gent-Wevelgem winner, Sam Watson; and adds to the list the man who made two great rides in 2022. Mason Holiman is a 20-year-old soldier and the product of the wonderful Flavio Zapi ‘nursery’ national team in Italy. 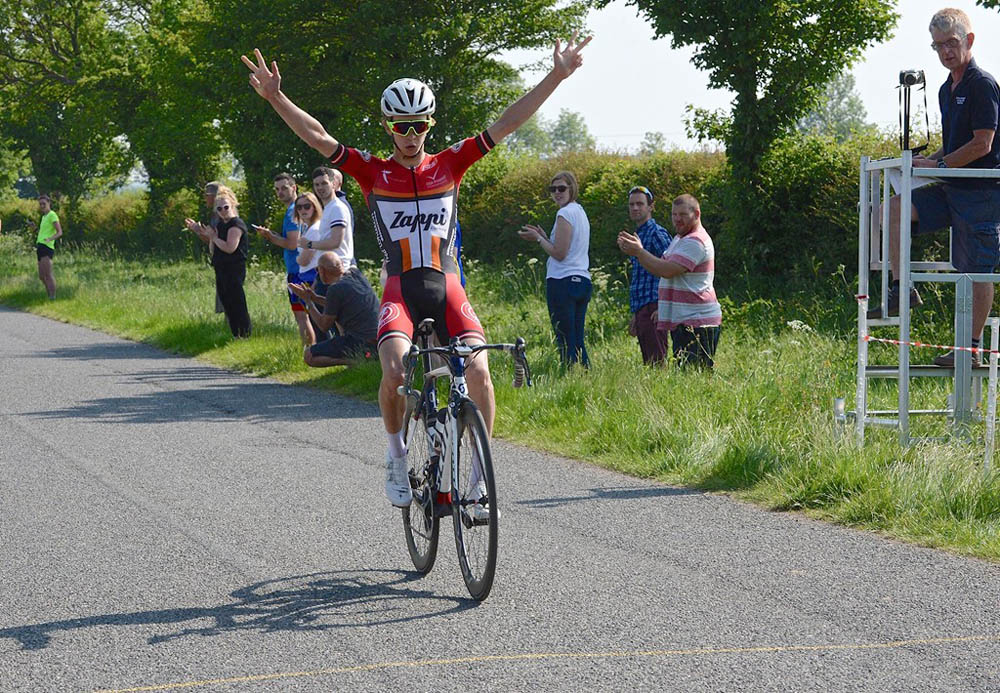 The young man from Huddersfield now plays for the Israel Cycling Academy continental team; he took fourth place in the Italian classic U23 Trofeo Piva competition and fifth in the extremely difficult U23 Liege-Bastogne-Liege competition. He has also ridden at the highest level with Israel – the Premier Tech World Tour in races such as Coppi e Bartali, where big teams are battling ProTeams teams desperate for recognition. 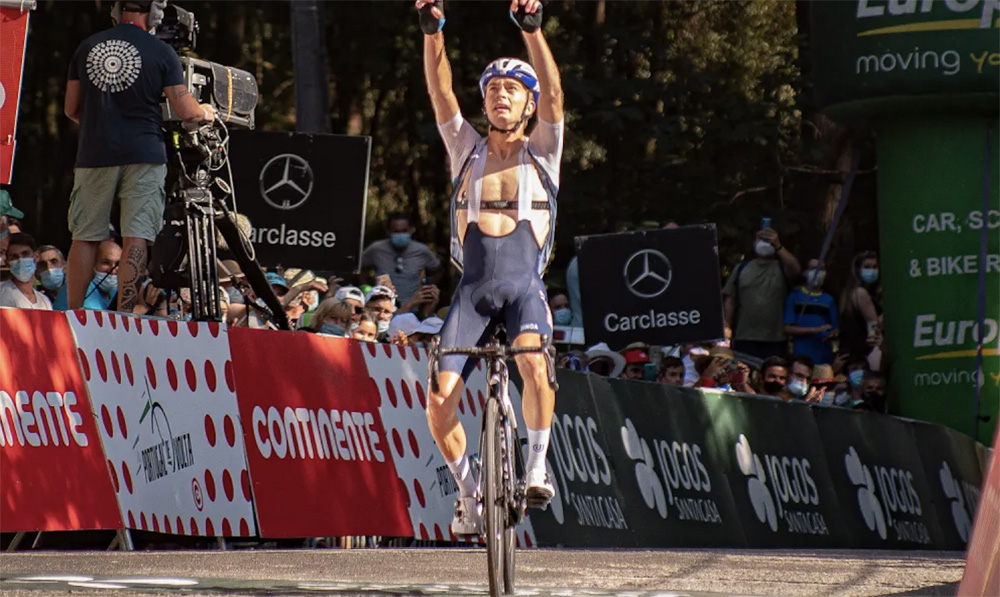 We started by asking Mason about the result from 2021 – his victory in the fifth stage of Volta a Portugal, an event known for uncontrolled and crazy races. Mason Holiman: This is definitely the biggest win of my short career, it’s a tough race with Portuguese continental teams, very strong, and such as Movistar and ProTeams, tough. That day was similar to a day in the Peaks of England with a number of five-minute climbs and then a 20-minute climb at the end, it reminded me of the Baby Giro stage. On the last ascent I found myself single and rode it like a race against time, assessing my efforts when the group quickly closed, and I ended up winning with 35 seconds to Portuguese racer Ricardo Mestre, who was the previous winner of the Volta. It was hard in Portugal, but it prepared me well for racing at a higher level. 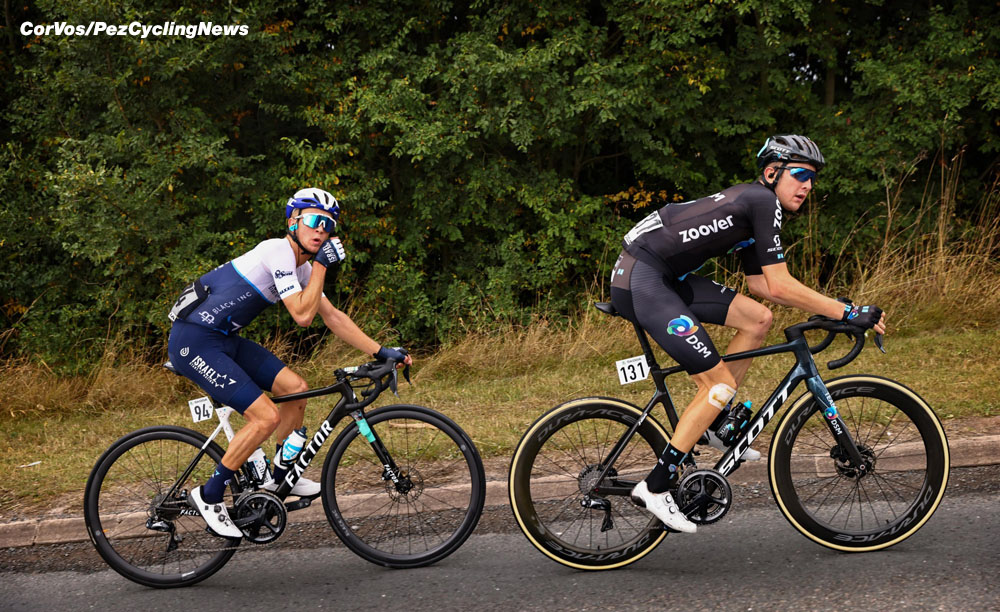 PEZ: Fourth in the team race during the Tour of Britain, it was probably fun?
The last team race at the time I rode was in my youth and I was very nervous before the trip, not wanting to let the team down. We had Michael Woods and Dan Martin at GC [Woods would finish an eventual fifth and Martin seventh on GC, ed.] and strong guys like Alex Dawset and Andre Greipel, so I knew it was going to be hard!

PEZ: Did you ride on the prestigious Italian semi-classic, Tre Valli Varesine and Coppa Agostoni at the end of the season, how did they go?
I spent 30 racing days in the last two months of last season, so by the time those races took place, I was a little over. But I did my homework and Alessandro De Marci won Tre Valli, so it was a good day for the team. 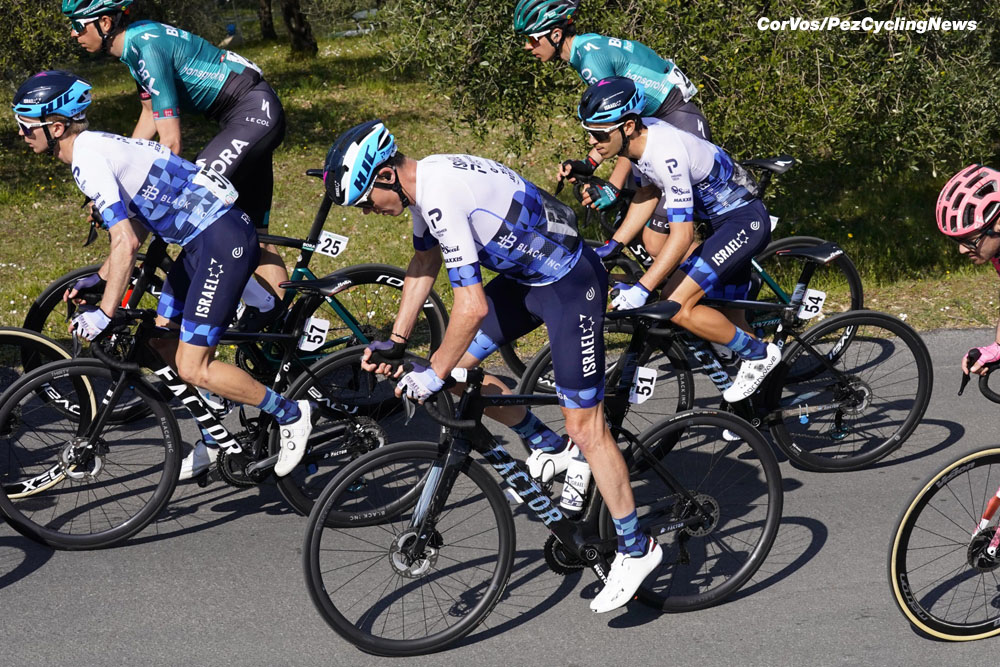 PEZ: Coppi e Bartali with the WorldTour team kicks off this year.
For starters I was a little “turn off” it was my first race back and I had bad breath but I felt much better in the last two stages. Percorso in this race is super technical, small roads and no ‘sprint days.’ 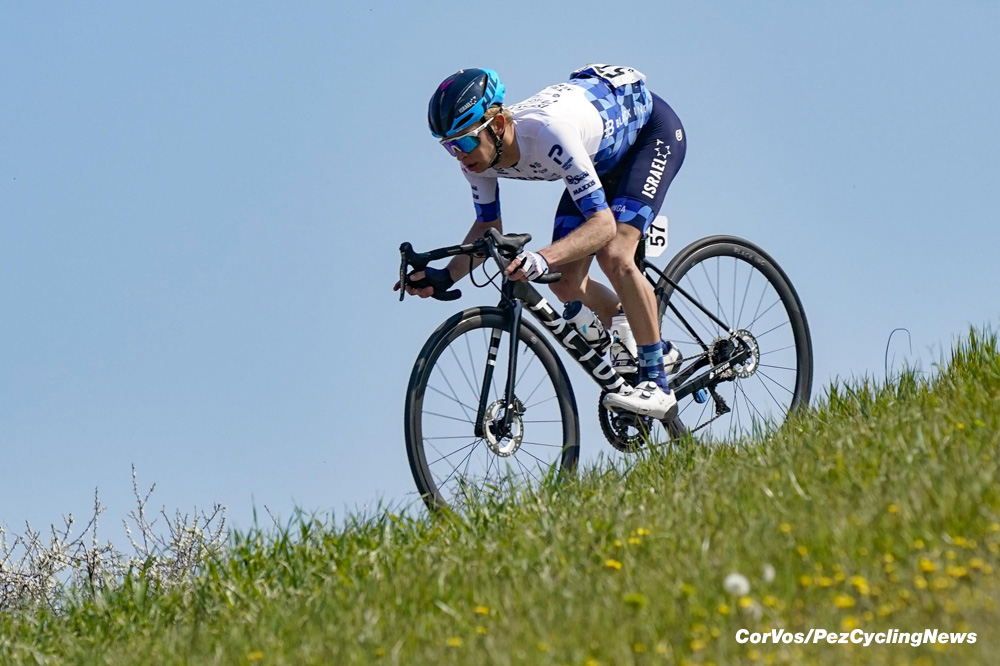 PEZ: Then fourth in Trofeo Piva, either ‘what if?’
I made one mistake and it cost me. On the third penultimate climb I was wrong with the location and was killed on a very narrow road. The band left, and after the climb, which I went through 40 seconds, I was in good shape, but the energy I used to overcome was the energy I had to use to win the race. . . [The race was won by Italian ProTeam rider, Marin Marcellusi from Bardiani CSF Faizane, ed.]. 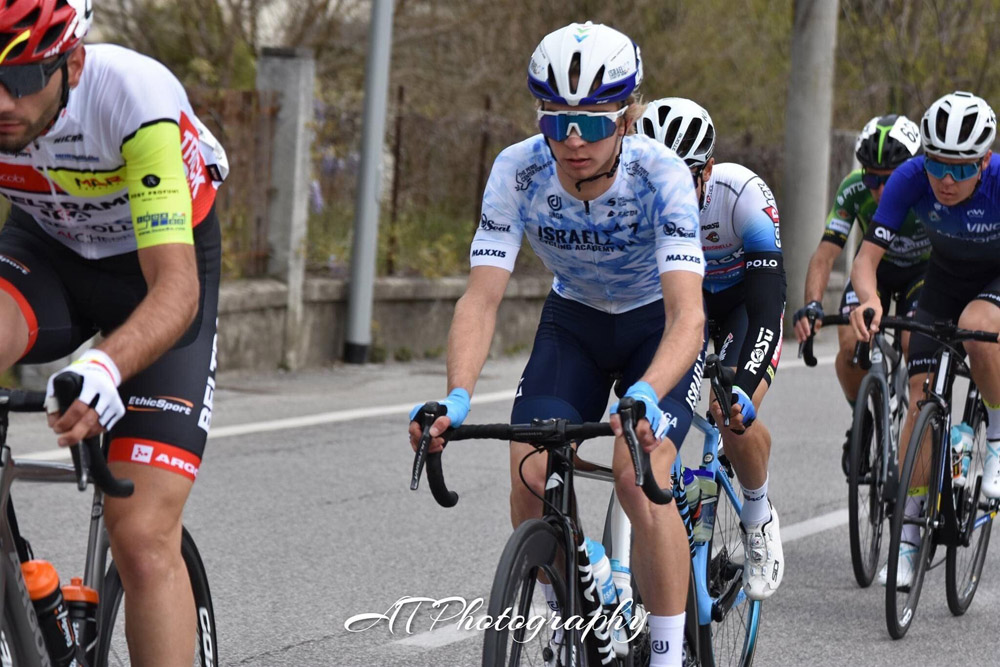 PEZ: Fifth in Liege.
The first 80K was easy, then we went out on the first three hills that go fast, on the second the guys from Groupama-FDJ lit up [FDJ would run out eventual winners with ‘new sensation’ Romain Gregoire who went on to win another two Italian u23 classics over the next three days, ed.] At La Redoute I went full throttle, closed before the break and was away with five others, I thought so ‘the’ move, but we were caught. The team set me up for a sprint, I was always going to cut back on work, but went ahead and gave it a try, not just wait – I was happy with my results. 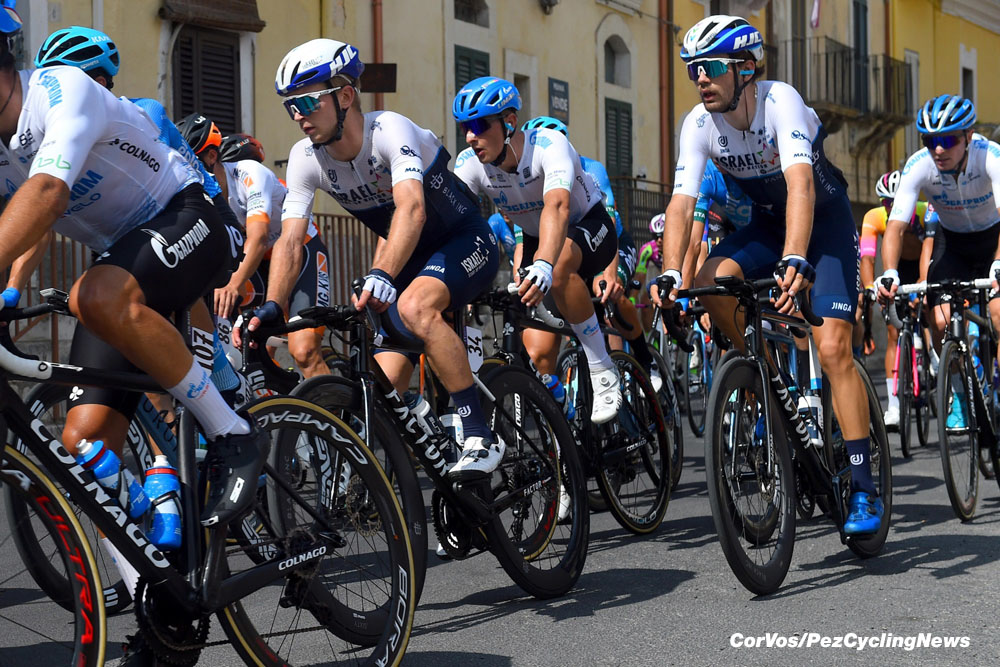 PEZ: Would you like to race more?
No, I’m happy with my program, I participated so much in races late last year, I like to train at my base in Girona, choosing races in which I want to be good and not ride on everything that happens. Constant travel and races take their toll. 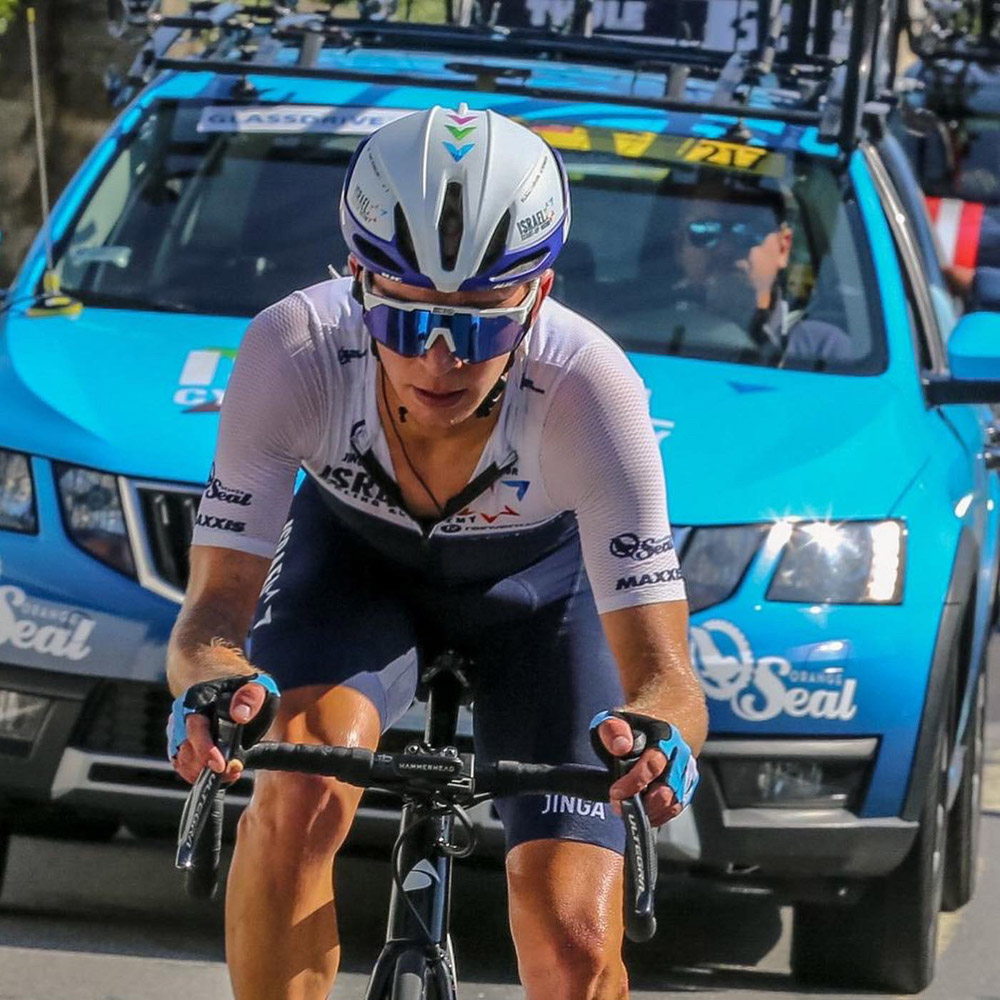 PEZ: Are you still training with Dean Downing?
Dean still plays the role of a teacher, but I’m being coached, “in the house” now our assistant sports director, former pro Ruben Plaza, who was the winner of the stages of the Vuelta and the Tour de France.

PEZ: And are you still in Girona?
I’m studying there for the second year, and I like it, now there are some more young English-speaking guys – Ben Healy, who is from EF, and Tom Gloag, who is from Trinity, for example, and a lot of Australians, so there’s always a good band with you can train. However, when I do a particular job, I prefer to do it myself. 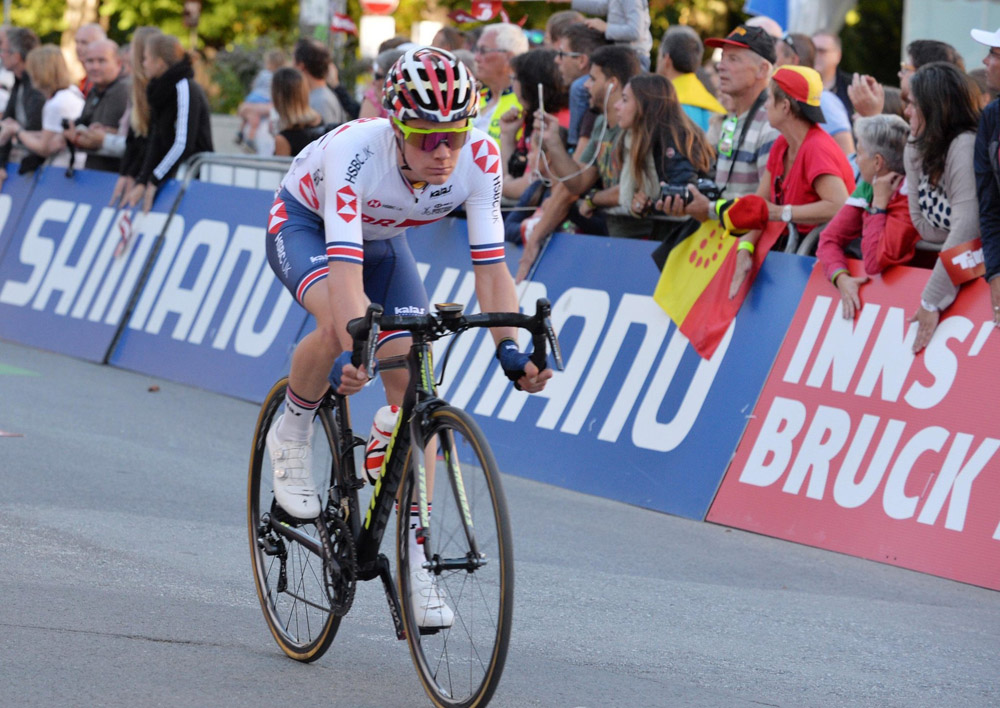 PEZ: And the best coffee in Girona?
I better be careful not to upset anyone when buying, I like La Fabrica, which is run by cycling fan Christian Mayer and his wife Amber. My favorite easy / recovery day is running to Lake Bagnoles and back, there are some great cafes there. 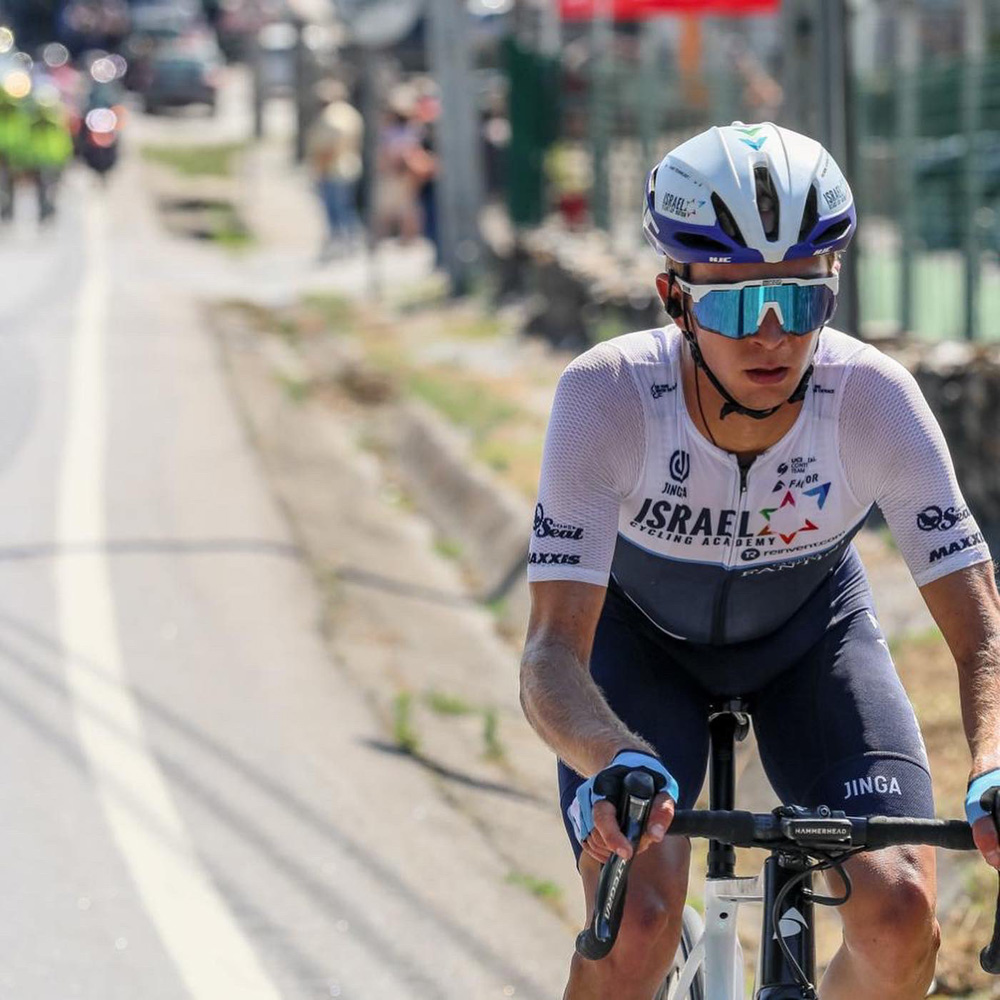 PEZ: What’s next on the agenda?
I have a two-week training camp in Sierra Nevada before riding the five-stage Alpes Isere Tour in late May in preparation for the Baby Giro, which starts June 11 – this is my big goal for the year, but it will be a tough race. For example, Groupama FDJ continental has a very strong team with Gregoire and Lenny Martinez, who were 14th in the recent Alps Tour, participating in the FDJ World Tour team. 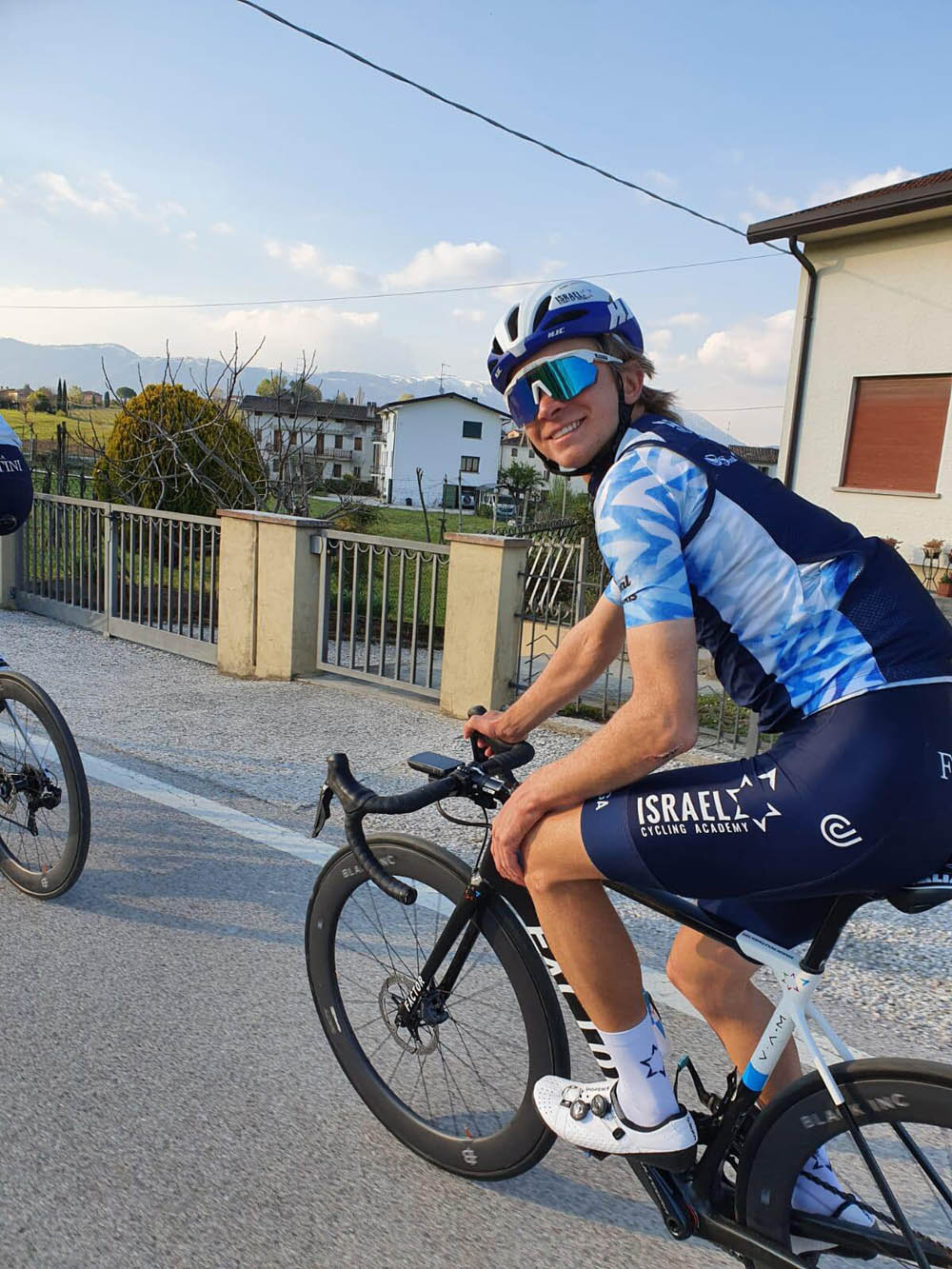 PEZ: Will the 2022 season be successful if?
I want to demonstrate consistency, in recent years I’ve tended to blow both hot and cold, but I want to be “there” through the Alps Isere and Baby Giro.

# PEZ will monitor the results of both races and wishes Mason good for them. A few photos are provided, thanks to all the unknown photographers. #

India: ZF group is looking to double exports from India

Automotive Industry: The Bigger the Car, the Better: Key Figures from the Indian Automotive...