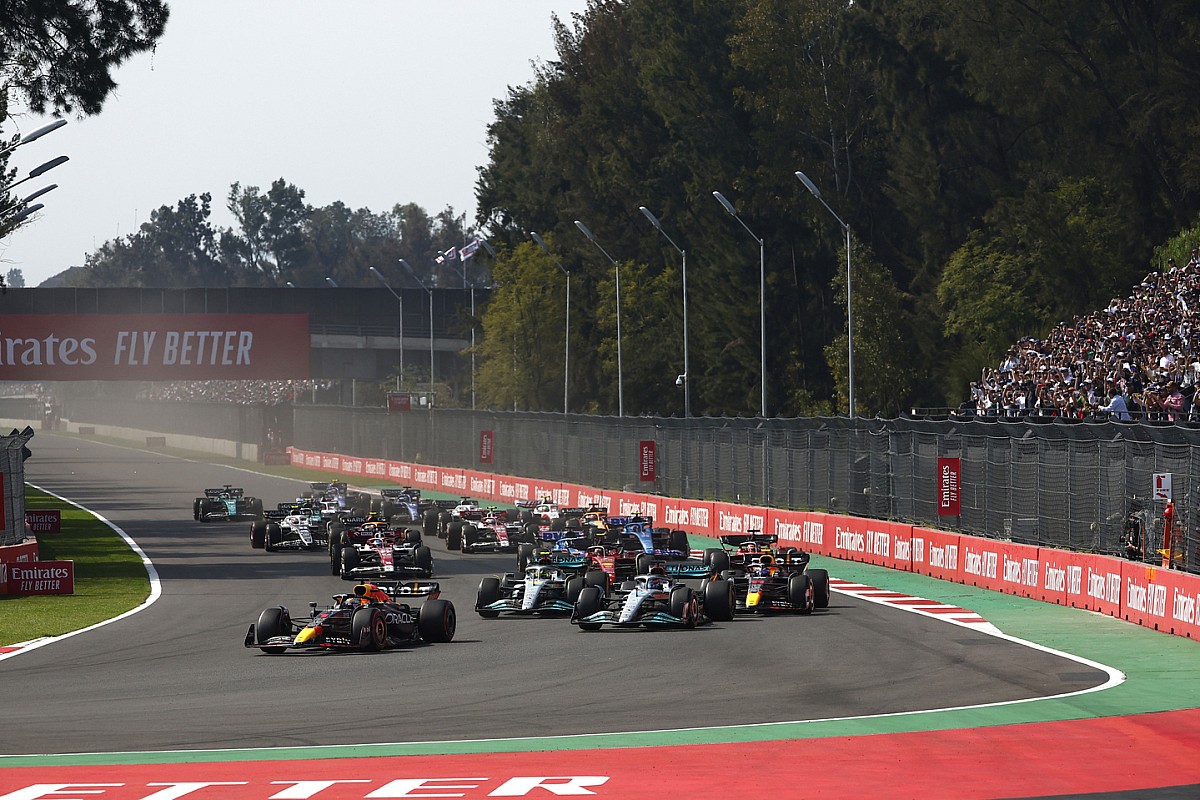 But Verstappen’s victory was never in doubt as Mercedes’ tire choice proved to be too conservative and he took a comfortable victory over Hamilton and Red Bull Racing teammate Sergio Perez.

How the Mexican Grand Prix unfolded

Verstappen led from pole on the soft tyres, ahead of Mercedes’ Russell at Turn 1, where Hamilton took second from his team-mate – both Mercs on medium tyres. Local Red Bull hero Perez soon jumped into third on the softs when Russell bounced over the curbs on the exit of Turn 3 and lost traction.

Ferrari‘s Carlos Sainz was the best of the rest on the first lap, ahead of his teammate Charles Leclerc, Fernando Alonso (alpine) and Valtteri Bottas (Alfa Romeo).

Verstappen extended his lead to 1.5 seconds on lap 10 and another second on lap 20, but then Hamilton began to close in as Verstappen struggled for grip.

Perez was the first of the leaders in the pits, but a sticky left rear wheel cost him time. Verstappen pitted on lap 26 with a much quicker stop, moving back to third as Perez set the fastest lap.

Hamilton was 5.6 seconds ahead of Russell when Perez attacked Leclerc for fifth, passing him on the run to the first turn on lap 27.

At half-distance, Verstappen was more than 7 seconds ahead of Hamilton in a head-to-head battle between Red Bull (Medium) and Mercedes (Heavy). That stretched to more than 12 seconds as Perez closed in on Hamilton.

Russell finished fourth, well ahead of the distant Ferraris of Sainz and Leclerc.

In an otherwise dull race, Daniel Ricardo (McLaren) became a star on the soft tires in the final stages, after receiving a 10 second penalty for breaking away Yuki Tsunoda (Alpha Tauri). He moved up to seventh place and took a time penalty.