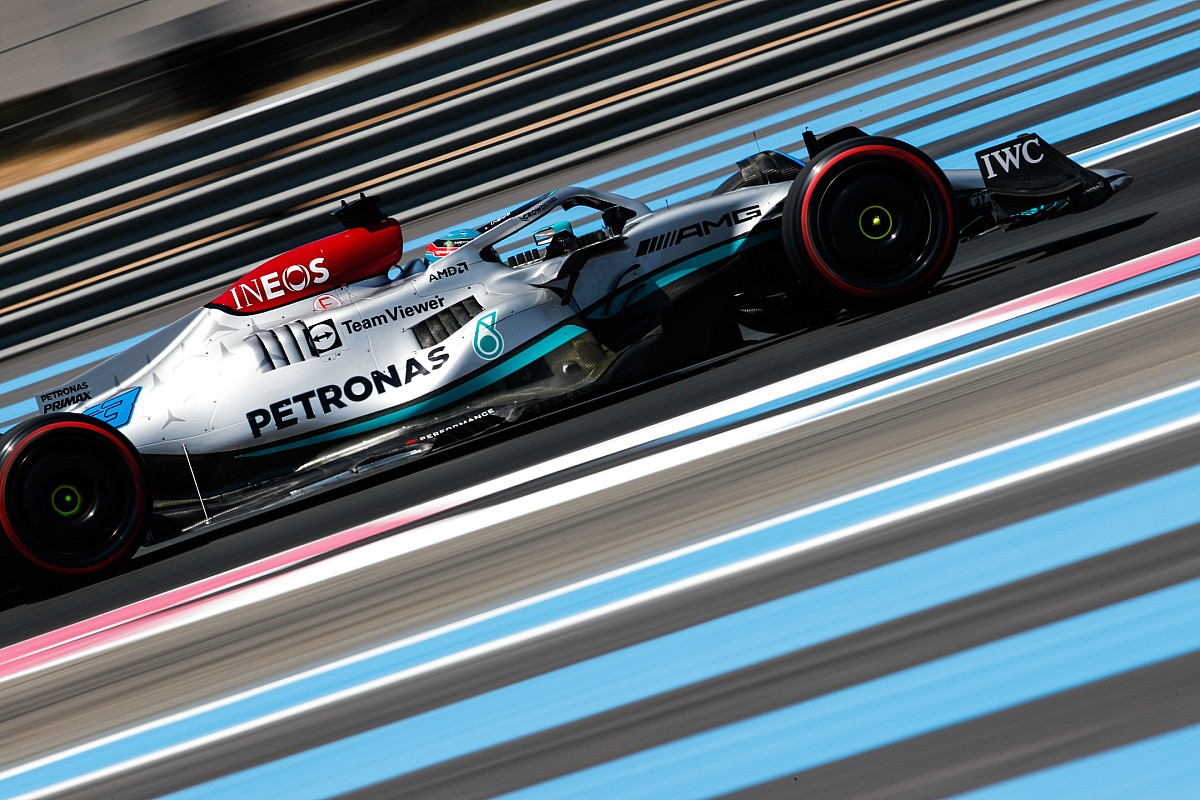 Petronas has supported Mercedes as title sponsor throughout the turbo-hybrid era, initially joining forces in 2010. This helped her secure a total of 15 World Drivers’ and Constructors’ Championships during that time.

His current deal runs until the end of 2025 and the success of the partnership makes it likely that it will be renewed at some point.

However, as Mercedes continues to prepare for new F1 engine regulations from 2026, when the championship switches to fully sustainable fuels, it has ensured that the partnership is in place so that work on the new regulations can begin in earnest.

Mercedes team boss Toto Wolff announced the new deal, which the team says is long-term, during a visit to Petronas headquarters in Kuala Lumpur.

“Today we’re doing something a little unusual — announcing a partnership that will begin four years from now,” Wolfe said.

“This sends an important message: our team and Petronas are no longer just partners, we are family and we will be one team for many years to come.”

The expanded partnership cements Mercedes and Petronas’ joint push towards a carbon-neutral future for the team.

As well as F1 switching to fully sustainable fuels, the Brackley-based team has set a net zero target by 2030.

George Russell in the Mercedes W13 makes a pit stop

As the first F1 team to invest in green jet fuel, Petronas recently helped test Mercedes to run a number of its F1 racing trucks on biofuel for the recent triple leg in Belgium, the Netherlands and Italy.

The team revealed that switching to biofuel for its trucks reduced carbon emissions by 89 percent in three weeks.

Petronas believes it can supply a competitive fully sustainable fuel for the Mercedes F1 cars and explore other ways to reduce carbon emissions in the years ahead.

Datuk Sazali Hamzah, Executive Vice President and Chief Executive Officer of Petronas, said: “Thanks to our long-standing partnership and extensive experience in developing liquid technology solutions for the team, Petronas is fully equipped with the capacity and capability to improve the technology to produce and supply 100% modern green fuel for power units of the next generation.

“In the same vein, we are already on track to develop a new bio-refinery and co-refining at our facilities to provide sustainable aviation fuel (SAF) as a cleaner and more viable option for aircraft in our efforts to support the needs of the aviation industry

“This is in line with the Carbon Offsetting and Reduction Scheme for International Aviation (CORSIA), which is expected to come into force by 2027, as well as the Fédération Internationale de l’Automobile (FIA)’s commitment to zero emissions by 2030 – both of which will affect logistics operations of F1 teams”.

The Toyota Powerwall alternative is designed to work with solar hybrids

Google Chrome is ending support for Windows 7 and 8.1, so update now