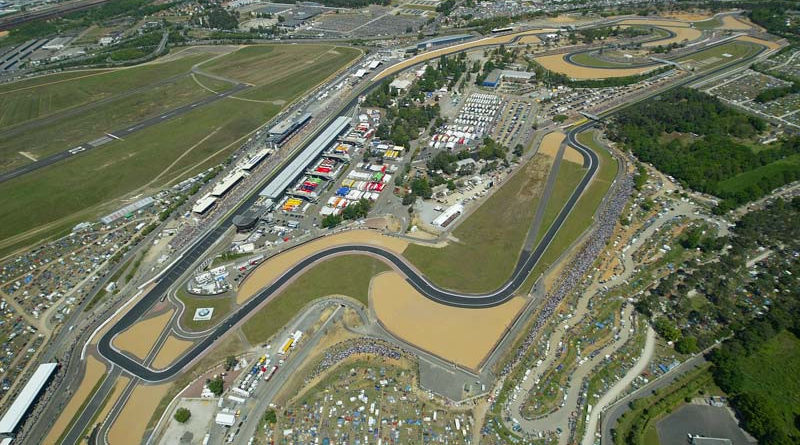 More, from a press release published by Dorna:

Egerter is conducting a master class to win MotoE ™ Race 2

The Swiss rider returns to the top and denies Casadei, and Kanepa takes the first MotoE podium in third place

Dominik Egerter (Dynavolt Intact GP MotoE ™) is again in first place in the FIM Enel MotoE свету World Cup! The Swiss rider held a master class at the SHARK de France Grand Prix to get his first Cup victory since 2020, and thus returned to first place in the standings. The fight for victory went on until the last round, when Egerter bypassed Matthias Casadei (Pons Racing 40) and did not give the Italian the right to respond. Nikola Kanepa (WithU GRT RNF MotoE ™ Team) was on the podium for the first time in MotoE,, and the Italian beat his compatriot Kevin Zanoni (Ongetta SIC58 Squadra Corse) by only 0.008 seconds.

Kashadei won race 1 the day before in Le Mans, and from pole position he also took first place in race 2. Agerter lost two positions from the start before regaining both, the Swiss rider bypassed Hikaro Okubo (Avant Ajo MotoE ™). and then Zanoni on the 3rd turn on 2nd and 3rd laps respectively. This brought him into a clear position behind Casadej, starting to give way to the Italian by one second.

There were many shuffles to the position behind, but Egerter performed a special mission ahead, and the pair remained, number 77 was right on Casade to make it a duel for victory. As they approached the 3rd turn on the last lap, it was time to go, and Egerter took a decisive step to take the lead. Casadej remained close but could not completely bridge the gap, and the Swiss rider held it in his first victory this year in MotoE ™ and the first since 2020, just over half a second in his hand at the flag.

While the battle for victory was decided only at the end of the race, the final place on the podium was even fixed only at the finish. In the early stages, the leader before the race was Eric Granada (LCR E-Team), who dropped to eighth place on lap 1, but was in the top five when he bypassed Felo Gresini (Felo Gresini MotoE ™) at the start of lap 4. At 5- m lap he used the cut to overtake Okubo and take fourth place as they accelerated with Garage Vert, but then the Brazilian was threatened.

Kanepa took advantage of Okubo’s attempt to immediately strike back at Granada, and the Italian chose the pocket of the Japanese rider at Chemin aux Boeufs to start a duel with Granada. The battle was decided by Kanepa’s decisive move on the penultimate lap when the Italian just walked away, the next fixing Zanoni’s back ahead and final place on the podium.

Number 7 had just done so and stayed ahead, joining Egerter and Casade on the podium in just a few thousandths of a second. Zanoni once again refused in the stands, but he got much more points in race 2, and Granada finished in the top five.

Okubo and Ferrari crossed the line just behind at sixth and seventh, while Hector Garzo (Tech3 E-Racing) rose from his position in the net to eighth. Xavi Fores (Octo Pramac MotoE ™) and Xavi Cardelus (Avintia Esponsorama Racing) were ninth and tenth at the flag, but both received three-second fines for shortcuts and non-compliance for long laps, respectively, so the top 10 was completed by Mark Alcoba (Openbank Aspar Team ) and Mikel Pons (LCR E-Team).

Jordi Torres did not start the race after suffering a fracture of the left tibia when he crashed in the first lap of race 1, but was in a good mood when he stayed in Le Mans to cheer on his teammate Pons Racing 40 Casade … saying that hopes to return to Mugel.

Granada won both races when the season began in Jerez, but Agerter’s first victory at MotoE ™ since 2020 helped him rise to the standings with a gap of eight points from the Brazilian. Casadej, who matched Egerter’s 45 points over the weekend at Le Mans, is nine points behind third.

That’s all from Le Mans, but the FIM Enel MotoE свету World Cup will be back in just two weeks when the Gran Premio d’Italia Oakley covers the spectacular Internazionale del Mugello.

Dominic Egerter: “Certainly, I am very happy to get the first position. The season started very well, here at MotoE as well as at Supersport, so it’s nice to stay at the parc ferme, to be on the podium! Today was great. The weather this morning was a little rainy, so I said, “Oh, I don’t know if the weather will return to Le Mans,” but we were lucky that there was a lot of sunlight. Fans stayed here after MotoGP, thank you very much. Next week I’m going to race in Estaril and then back to Mugello on MotoE, so the next two weeks I’m still busy. Thanks to the whole Dynavolt Intact MotoE team. They again made a small adjustment so that on the first few laps I could stay a little better with the lead group. On the last lap I attacked and took this victory! ”

This is why the EV Hummer is a terrible SUV

Startup EV from Bangalore registers 78,000 pre-orders to ship to dealerships

This solar-powered G-Shock is a must