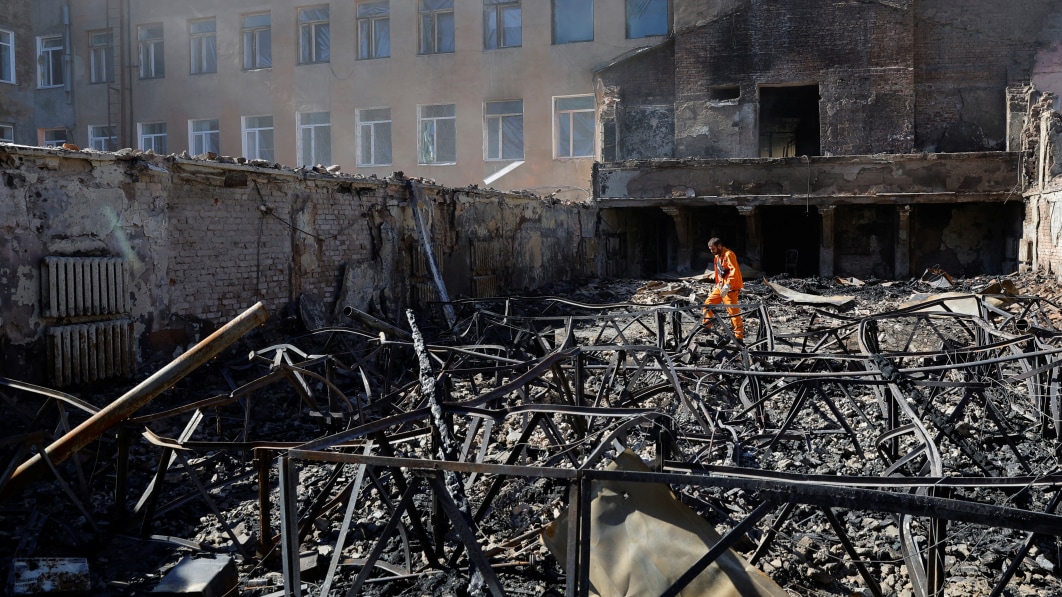 A man walks through the ruins of a building in the city of Kadiyivka (Stakhanov) in the Luhansk region of Ukraine, which Moscow considers Russian territory. (Reuters)

United Nations — Billionaire Elon Musk on Monday asked Twitter users to weigh in on a plan to end Russia’s war in Ukraine, prompting immediate condemnation from Ukrainians, including President Volodymyr Zelensky, who conducted his own poll.

“Which @elonmusk do you like better?” Zelensky tweeted, offering two answers: the one who supports Ukraine, the other who supports Russia.

Musk, the world’s richest man, has proposed holding UN-supervised elections in the four occupied regions that Moscow annexed last week after so-called referendums. The vote was condemned by Kiev and Western governments as illegal and violent.

“Russia will leave if it is the will of the people,” Musk wrote, which would seem unlikely.

The chief executive of Tesla Inc has proposed that Crimea, which Moscow seized in 2014, be formally recognized by Russia, that Crimea’s water supply be secured and that Ukraine remain neutral rather than join NATO. He asked Twitter users to vote yes or no on the plan.

“Dear @elonmusk, if someone tries to steal the wheels from your Tesla, that does not make them the rightful owner of the car or the wheels. Even though they claim they both voted for it. I’m just saying,” said Lithuanian President Gitanas. Nausėda tweeted back.

Musk, who is also the CEO of SpaceX, followed up his first tweet with another poll: “Then let’s try this: the will of the people living in Donbass and Crimea should decide whether they are part of Russia or Ukraine.”

He said he didn’t care if his proposal was unpopular, claiming he was really concerned “that millions of people could die needlessly for a virtually identical result.”

In February, when the Internet in Ukraine was disrupted after the Russian invasion, Musk responded to a tweet from a Ukrainian government official who asked for help. Musk said SpaceX’s Starlink satellite broadband service is available in Ukraine and that SpaceX is sending more terminals to the country.

The outspoken ambassador of Ukraine to Germany, Andrey Melnyk, sharply reacted to Musk’s peace plan. Melnyk himself was criticized in July for defending the leader of the Ukrainian nationalists of the Second World War Stepan Bandera.

“My diplomatic response to you @elonmusk,” Melnyk tweeted.