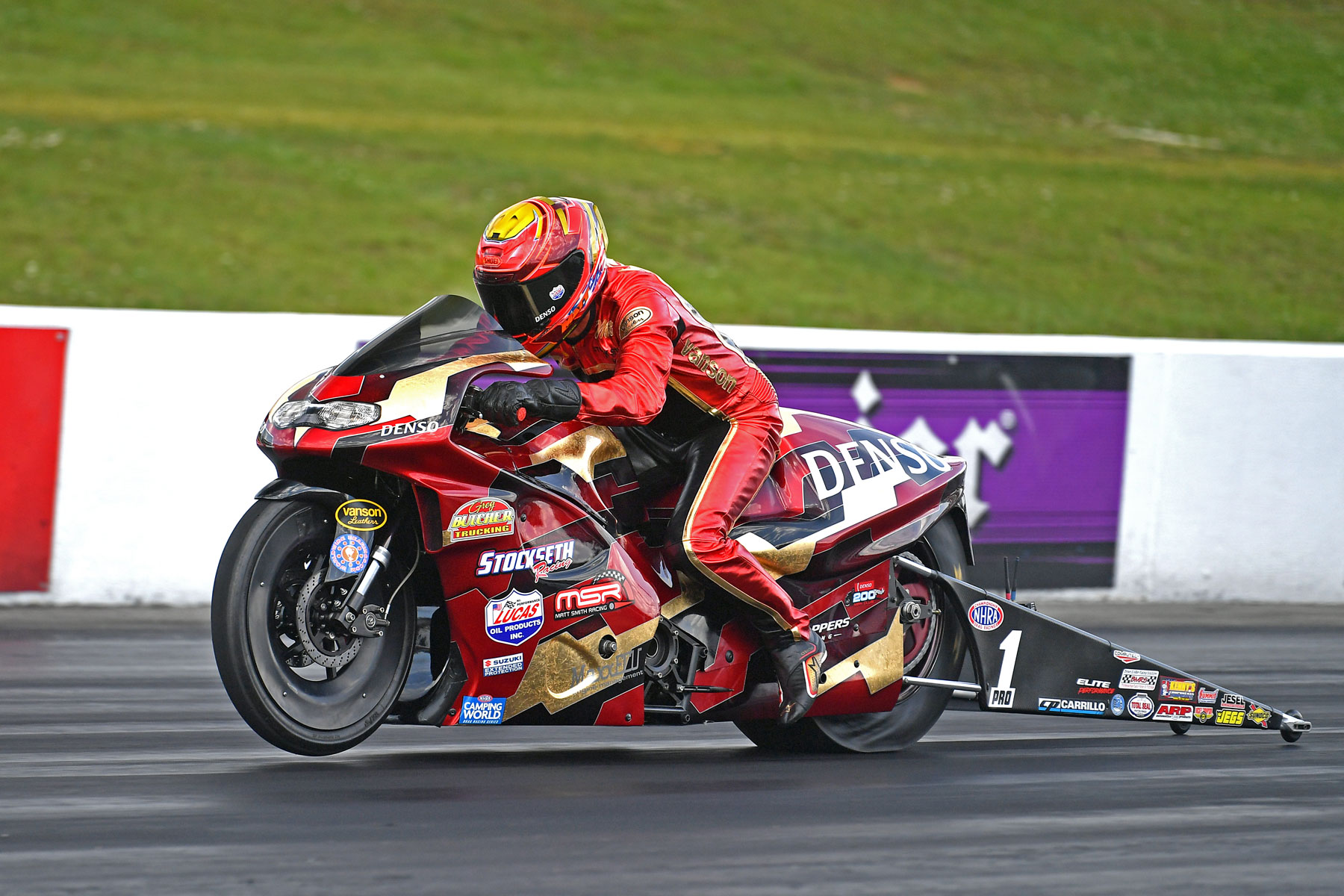 In Pro Stock Motorcycle, defending world champ Smith denied Steve Johnson his third straight win, adding another great layer in their ongoing rivalry, going 6.842 at 198.35 on his Denso Auto Parts/Stockseth/Matt Smith Racing Suzuki to beat the points leader on a holeshot. It was a satisfying first victory in 2022 for Smith on a number of levels, including the fact that it was his first career victory on a Suzuki.

“This is big for us,” Smith said. “Our did team did their homework after Charlotte. We’re still not where we want to be, but we’re getting closer and all in all, it was a great weekend for us. I went to 4-5 finals on a Suzuki early in my career, but I could never close the deal, so to now have won on a Suzuki, I’m truly blessed. I haven’t been this excited to win a race in a very long time.”

To reach the final round, Smith knocked off Chris Bostick, teammate Jimmy Underdahl and Eddie Krawiec. He left first on Johnson in the finals, holding him off at the finish line to earn his 33rd career victory and first at Virginia.

Johnson, who maintained his points lead, reached his third straight final on the strength of wins against Ryan Oehler, Karen Stoffer and Marc Ingwersen.

W – Angelle Sampey / .057 / 6.784 / 199.26
L – Jianna Evaristo / .111 / 7.299 / 149.20
Angelle Sampey has raced 84 different riders and 40 of them have never beaten her including Jianna. Jianna Evaristo is making her 17th start overall and her 1st this year. Sampey gets out of the gate first and makes her quickest pass of the weekend. Evaristo drifted to the right early in the run and had to really lean on the bike to keep it off of the wall. Sampey will have lane choice over Ingwersen in the next round.

W – Marc Ingwersen / .005 / / 6.884 / 194.32
L – Angelle Sampey, Foul – Red Light
Ingwersen is 1 – 0 against Sampey in prior events. Sampey leaves too soon and goes red, stays on the throttle and makes the quickest run of eliminations in the loss. Ingwersen takes the win and goes to the semi-finals for the first time in his career. He will give up lane choice to Johnson in the next round.

For Angie Smith, it’s her second career No. 1 qualifier as she remains the only rider to have made a 200-mph run at Virginia Motorsports Park. She is after her first victory of the 2022 season.

“I knew the bike had more in it,” Smith said. “Matt (Smith) didn’t think it would go quite that fast, but the bike got off the line really well. I saw Angelle (Sampey) run that 6.78 and I knew this bike had it in it. I couldn’t be prouder of my team and the job they’re doing. It’s all about momentum and continuing to make good runs right now. We’re just going to keep trying to do what we’ve been doing. It’s a humbling sport, so we’ve got to continue to stay focused.”

Smith closed out the day with a pair of track records in Pro Stock Motorcycle, making her own bit of history with a standout pass of 6.788 at 200.38 on her Denso Auto Parts Buell. It is the first 200-mph motorcycle run in track history and also gave Smith the quickest run at VMP. If it holds, it would be Smith’s second career No. 1 qualifier as she looks to pick up her first victory of the 2022 season.

“It was very exciting to go 200 mph,” Smith said. “I love this facility and we come test out here a lot, and it’s just a great track. I would say it’s my second home and that was a good run. Hopefully we can keep this momentum going. We got off the starting line well and that’s the key with these bikes. It’s a very consistent track for us and to see that 200 pop up on the scoreboard is exciting. You want to put on a good show for the fans.”

NHRA Top Fuel Harley rider Tii Tharpe gets the win over Billy Jackson with a 6.344 at Virginia Motorsports Park. Jackson got the holeshot but had troubles right off the line to shut off while Tharpe made a clean pass to win his 11th Wally with NHRA. 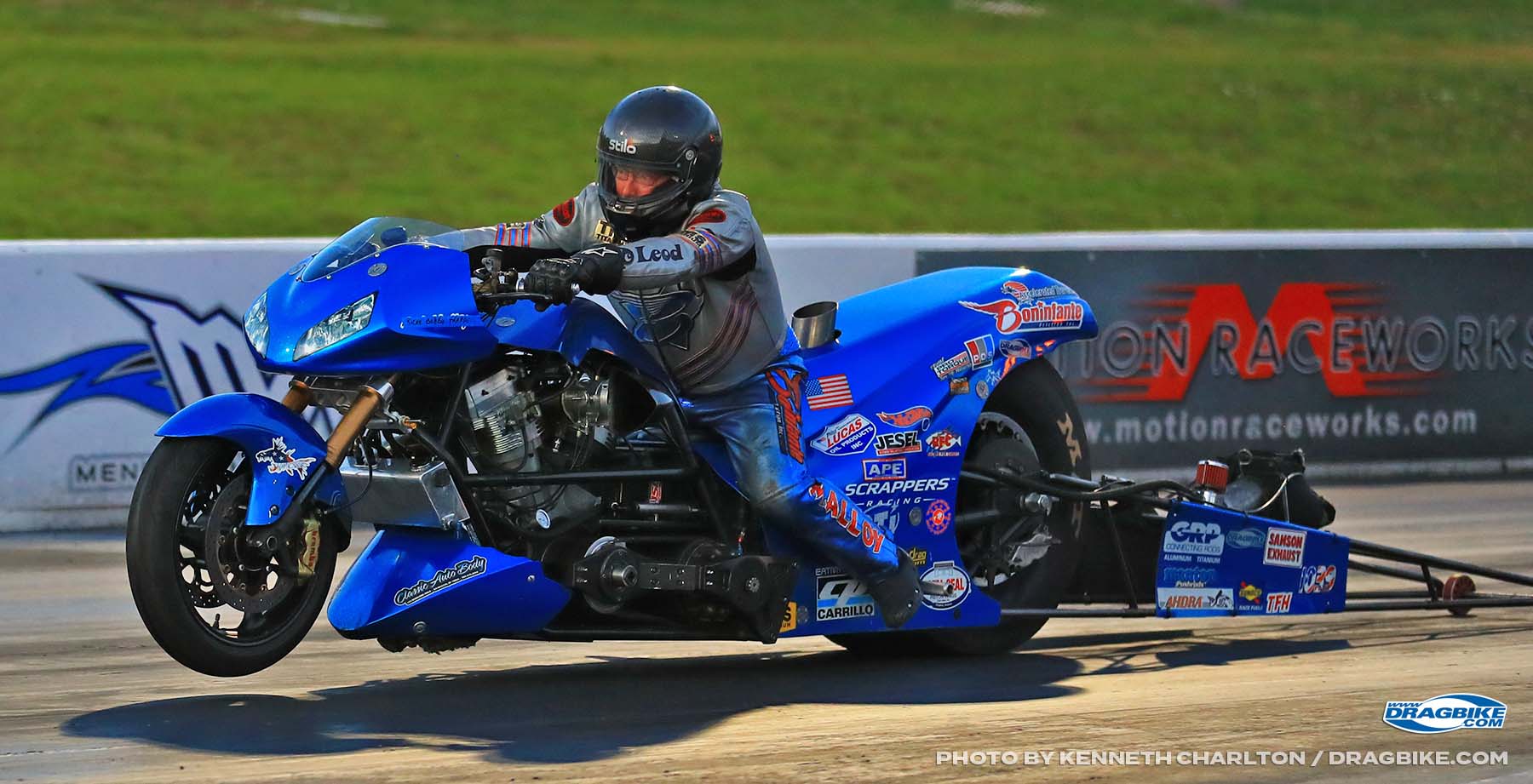 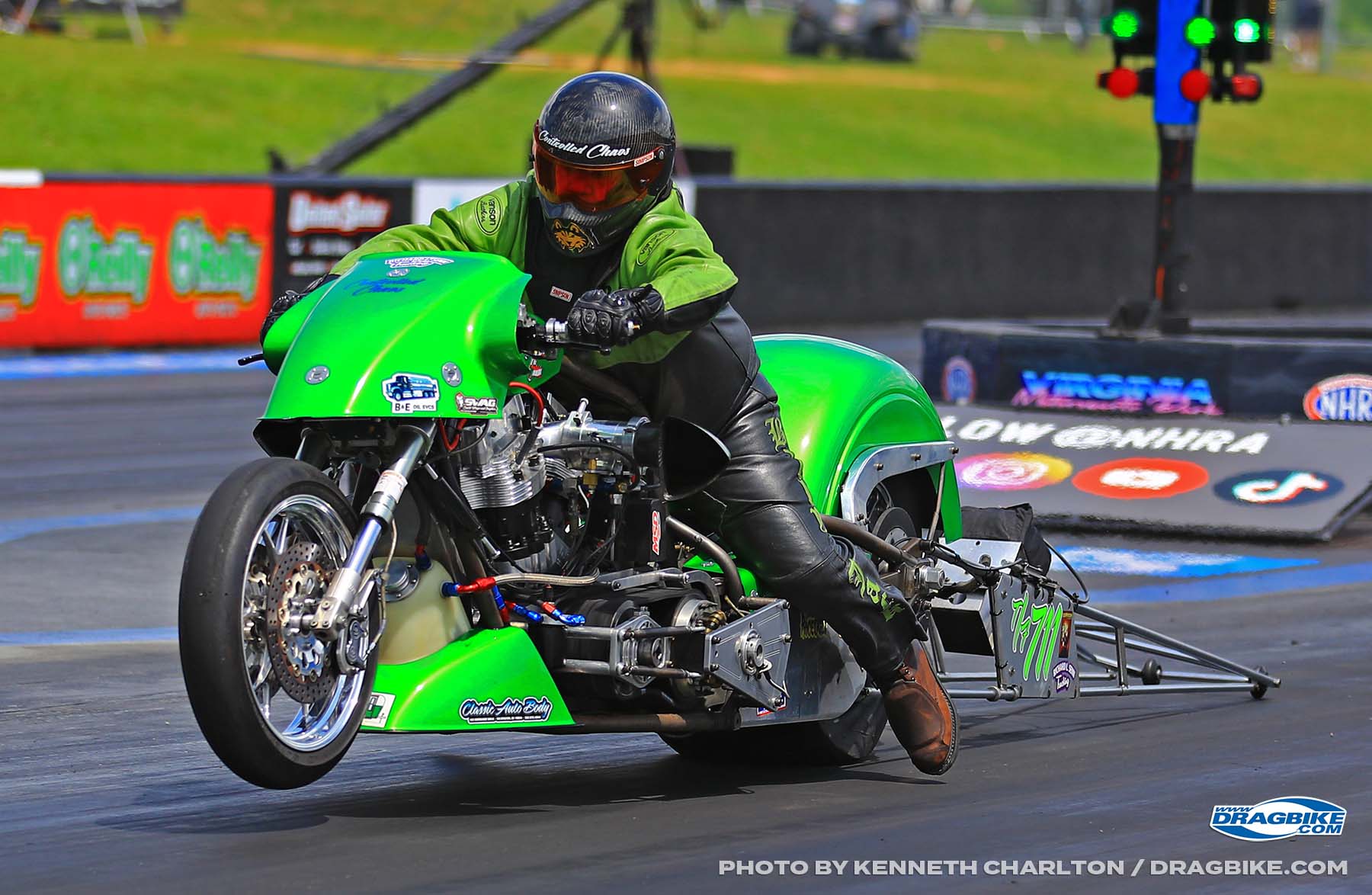 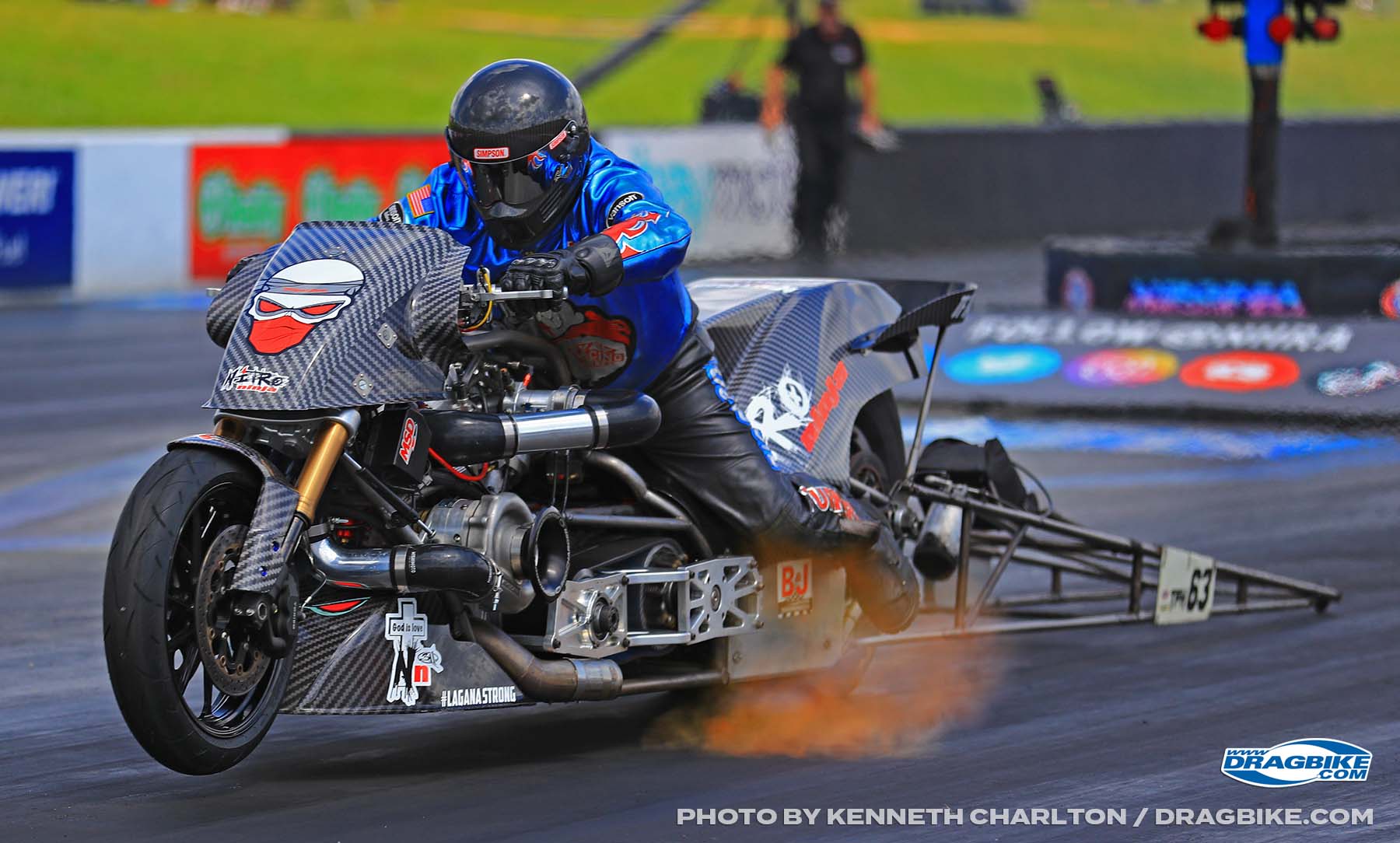 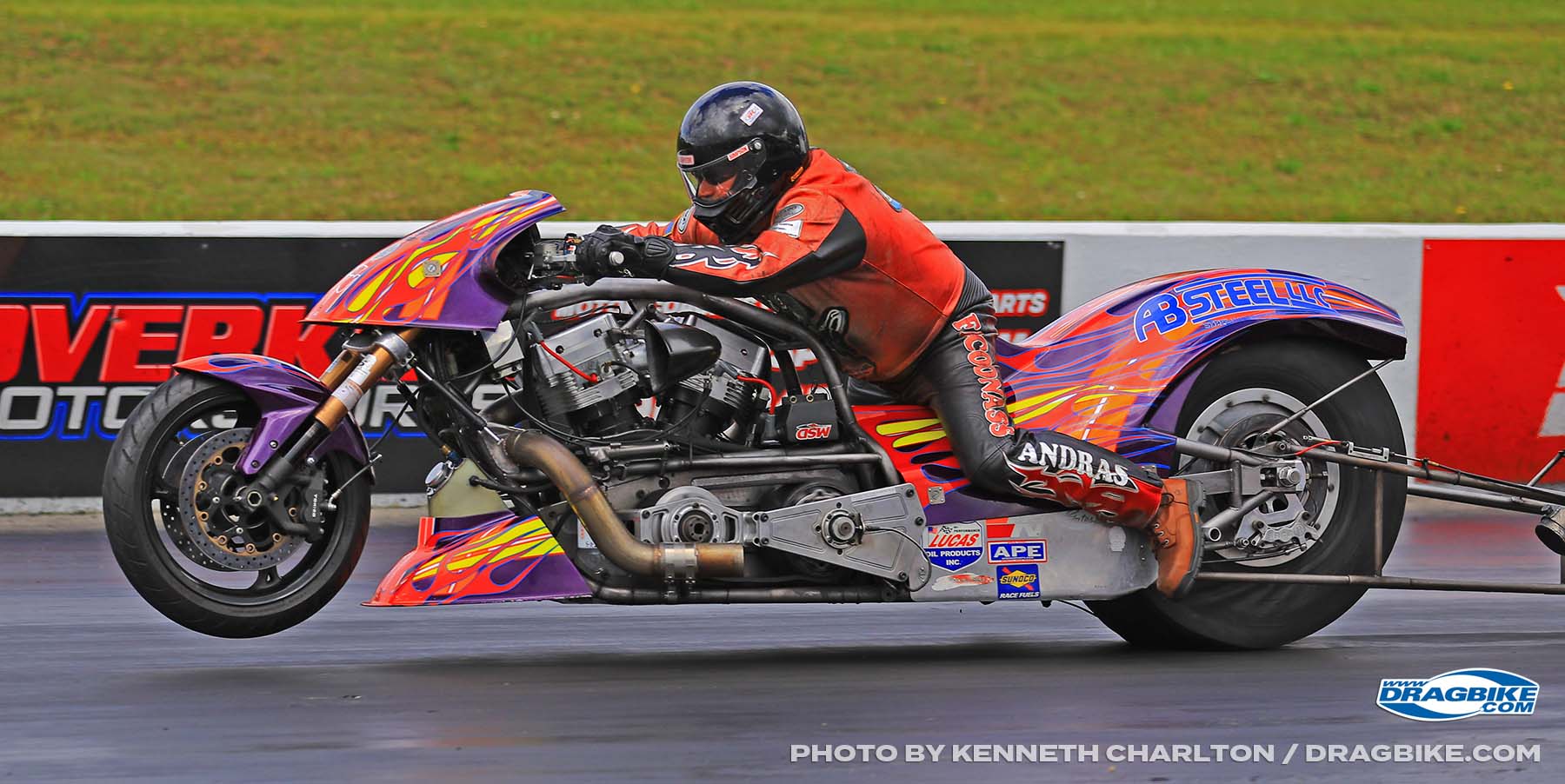 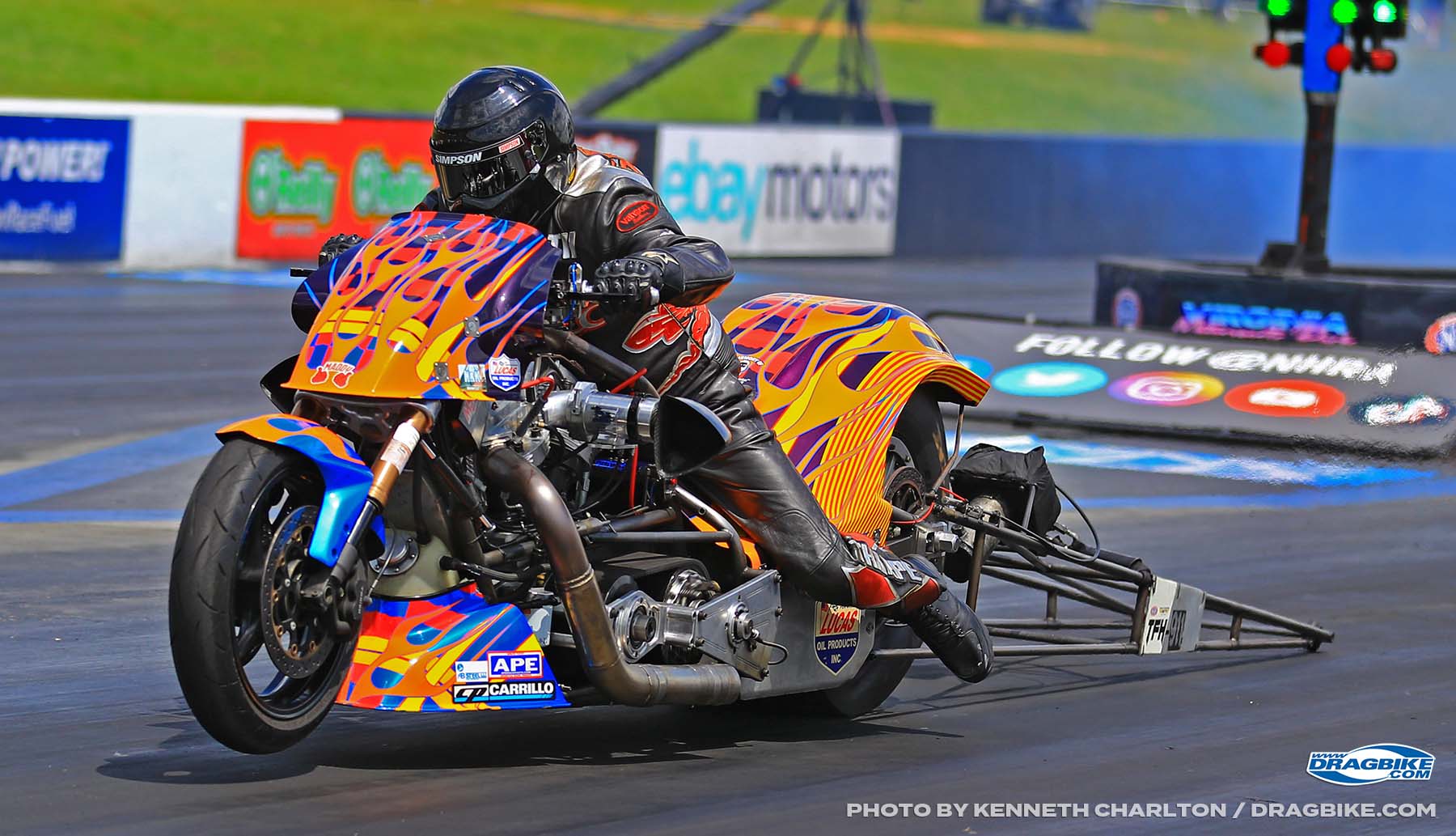 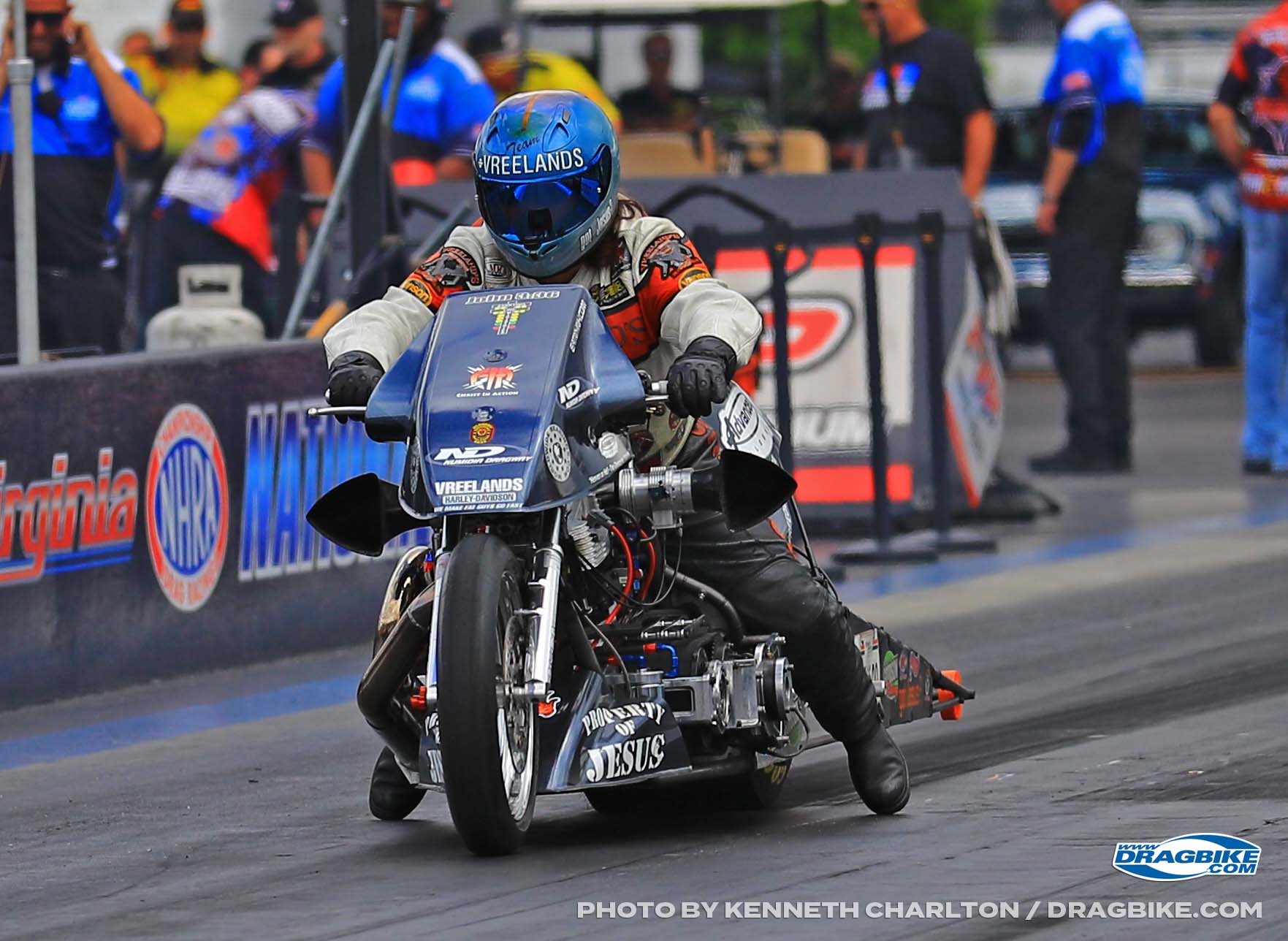 ABOUT CAMPING WORLD
Camping World, headquartered in Lincolnshire, Illinois, is America’s leading retailer of RVs and related products and services, offering an extensive assortment of recreational vehicles for sale, RV and camping gear, RV maintenance and repair, other outdoor and active sports products, and the industry’s broadest and deepest range of services, protection plans, products and resources. Since the Company’s founding in 1966, Camping World has grown to become one of the most well-known destinations for everything RV, with more than 170 locations in 38 states and a comprehensive e-commerce platform. For more information, visit www.CampingWorld.com. Camping World’s stock is traded on the New York Stock Exchange under the symbol “CWH”.

About Camping World Holdings, Inc.
Camping World Holdings, Inc., headquartered in Lincolnshire, IL, (together with its subsidiaries) is America’s largest retailer of RVs and related products and services. Our vision is to build a long-term legacy business that makes RVing fun and easy, and our Camping World and Good Sam brands have been serving RV consumers since 1966. We strive to build long-term value for our customers, employees, and shareholders by combining a unique and comprehensive assortment of RV products and services with a national network of RV dealerships, service centers and customer support centers along with the industry’s most extensive online presence and a highly trained and knowledgeable team of associates serving our customers, the RV lifestyle, and the communities in which we operate. We also believe that our Good Sam organization and family of programs and services uniquely enables us to connect with our customers as stewards of the RV enthusiast community and the RV lifestyle. With over 185 locations in 40 states, Camping World, and sister company Gander RV, have grown to become prime destinations for everything RV. For more information, visit www.CampingWorld.com.

Tesla locks in 80 miles of customer battery range for a $4,500 buyout