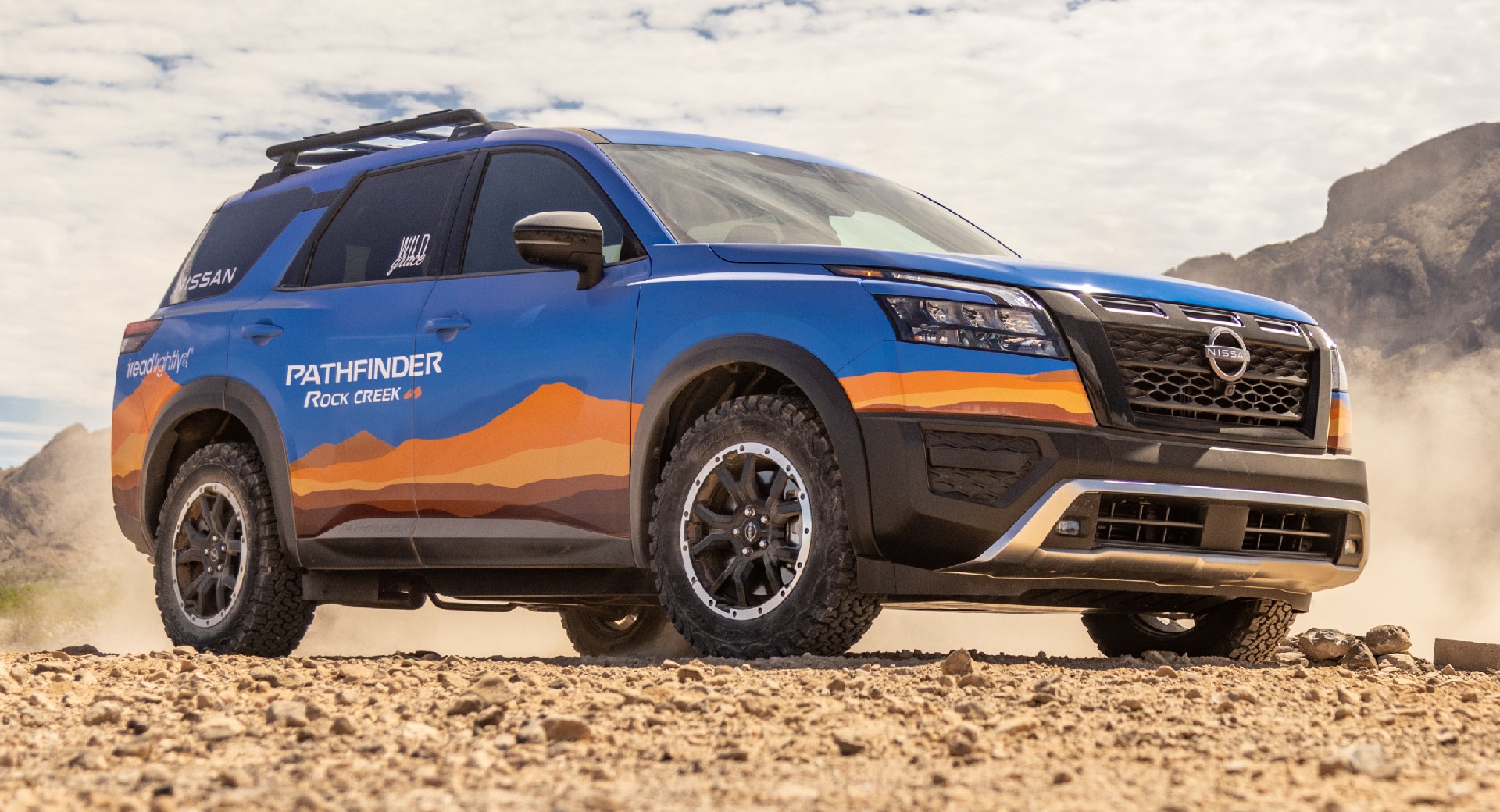 Nissan has announced its participation in the Rebelle Rally 2022, focused on off-road Pathfinder Rock Creek with custom livery. The Nissan SUV will be fielded by the Wild Grace team in the X-Cross category compared to many other entries backed by competing automakers.

The 2023 Pathfinder Rock Creek that will compete in the rally is dressed in a blue and orange livery with mountain peak graphics. Nissan says the bright blue color helps the car stand out against the desert sand. The SUV will be driven by Sedona Blinson and Lynn Woodward of the Wild Grace team. Interestingly, the automaker hasn’t mentioned any upgrades to the rally car over the standard Pathfinder Rock Creek, other than the livery.

Read also: Jeep returns to the Rebelle Rally with three teams to defend its title

The company made a good choice Rock Creek finish Pathfinder for the Rebelle Rally, as it is already equipped with a number of off-road-friendly features, making it suitable for 1,500 miles of off-road navigation. These features include an off-road-tuned suspension, a 5/8-inch (15.88 mm) lift kit, a set of A/T tires wrapped around 18-inch beadlock-style alloy wheels, and a standard roof rack that can hold up to 220 lbs (100 kg) of gear.

The SUV comes with a slightly more powerful version of the 295 hp 3.5-liter V6 engine. (220 kW / 299 hp) and 270 lb-ft (366 Nm) of torque straight from the factory. Power is sent to all four wheels through a nine-speed automatic transmission and Nissan’s Intelligent AWD system.

Rebelle Rally 2022 will be held in the Nevada desert from October 6 to 15. The Japanese company claims to be the only manufacturer to have participated in all seven editions of the Rebelle Rally since its launch in 2016. Other automakers have already announced their bids for this year’s rally, including Kia Sportage X-ProHyundai with Santa Cruzand Jeep with three Wrangler 4x.

MotoGP: CryptoDATA Tech is main sponsor of the Austrian Grand Prix until 2024 –...

The best electric city bikes you can buy for under $1,000