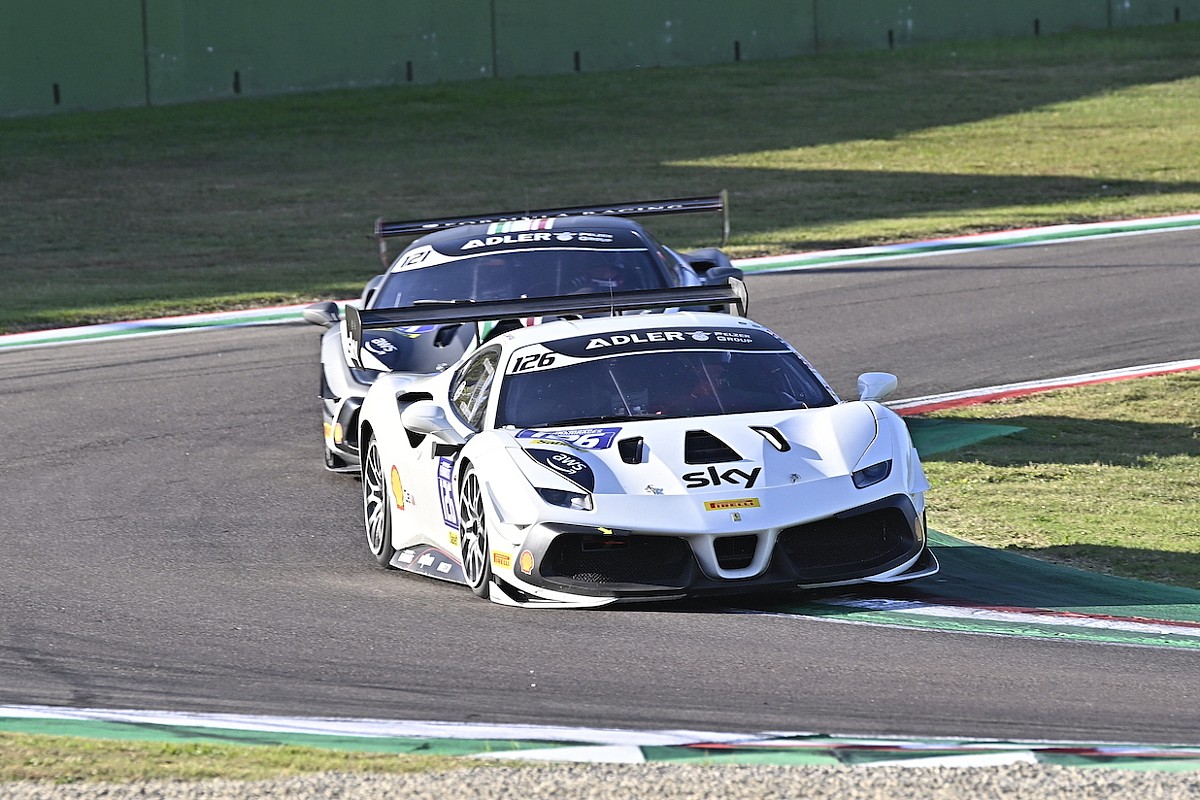 Joachim Olander (Scuderia Autoropa) won outright at the Coppa Shell AM World Final in Imola to clinch the 2022 title.

The Swede started from pole and despite pressure from this weekend’s double race winner Peter Christensen (Formula Racing) who once narrowly got past in his 488 Evo, he took the lead and easily took the checkered flag for victory. win by a comfortable margin of seven tenths. Not even the entry of the safety car eight minutes after Ashish Patel (Kessel Racing) went into the barrier at the Gresini Curve could stop his march to victory.

Third place went to Alexander Nussbaumer (Gohm Motorsport), who was a little behind at the start of the race, but then the Austrian circulated with the two leaders until the flag after the safety car period brought the field together.

The top 5 positions remained more or less the same throughout the race, particularly after the first lap when NA contender Tony Davis (Continental AutoSports), who was third on the grid, made a mistake on Tamburello when he made contact with Nussbaumer and ended up in the gravel .

The fourth place was taken by Christian Herdt-Wipper (Saggio Muenchen), who also caught up with the leaders in the last stages, ahead of the second German, Martinus Richter (Mertel Motorsport). Italy’s Maurizio Pitori (CDP Best Lap) finished in 6th place after a great three-way battle with Britain’s Paul Rogers (JCT600 Leeds), who drove a great race to finish seventh, and Matthias Moser (Baron Motorsport). Stuart Marston (Maranello Sales) and Paolo Scudieri (Sa.Mo.Car) rounded out the top 10.

Among the North American competitors, Lisa Clarke (Ferrari Beverly Hills) was performing fantastically in sixth place until lap 13, but then she slowed down with a technical problem going through Tamburello and was swamped by the following group of four, eventually finishing in the nineteenth. Victory eventually went to Dan Cornish (Ferrari Austin) in 13th place ahead of Ray Acosta (The Collection) who received a full series of cautions from race management after exceeding the track limits several times.

Davies’ adrenaline-fuelled race continued in the final stage when he made contact with the car in front braking on the incline at Rivazza and rocketed across the track, luckily avoiding all the other 488s coming through the corner in time before end up in gravel.

There were only two competitors in the Challenge Asia Pacific group, with Shigeru Kamiue (European Version) taking the win in P16, two places ahead of Baby Kei (Cornes Osaka).

Fujifilm X-H2: All we know about a sloping camera