Motonewstoday.com
Home Racing News Öncü storms to the top in FP3 in Aragon 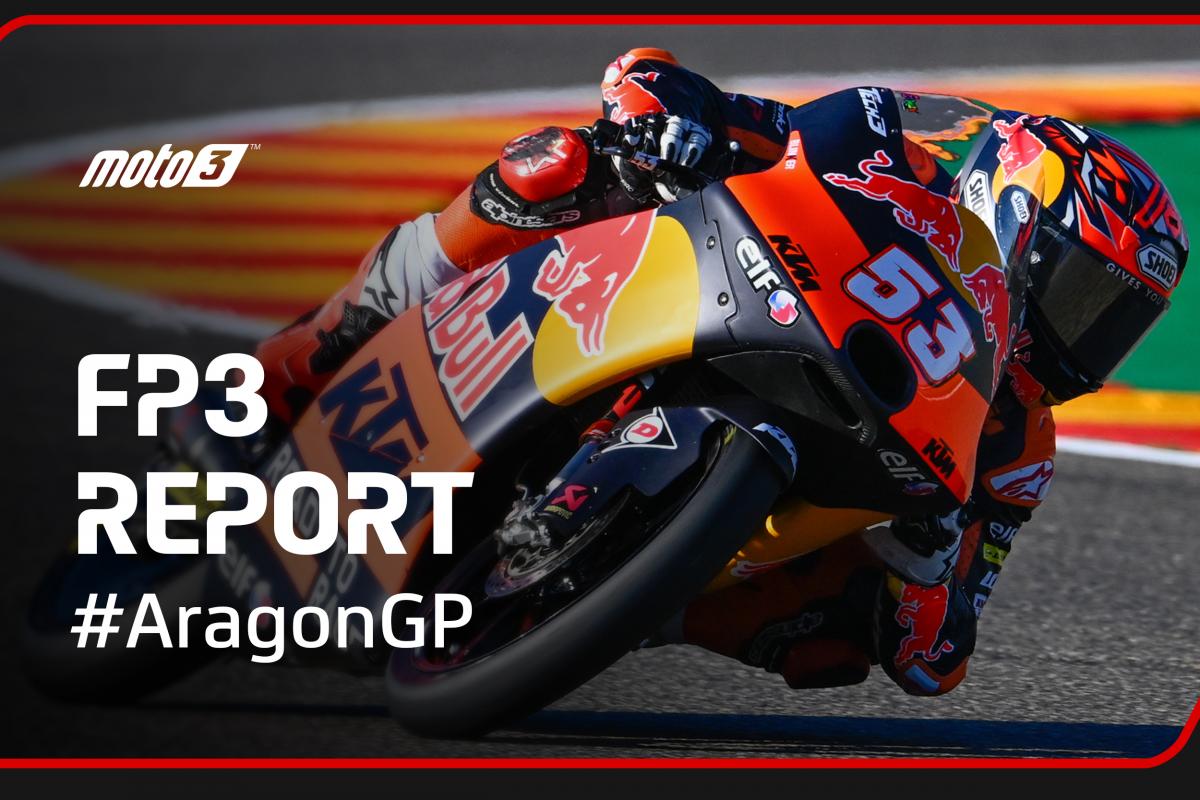 Red Bull KTM Tech3’s Denis Oncue took the Moto3™ Free Practice honors at the Grand Premio Animoca Brands de Aragon with a very late flying lap in FP3. The Turk was second when the checkered flag came out and safely through to Q2 later on Saturday afternoon as he put an exclamation point on his morning with a 1:57.265 storm around the MotorLand Aragon. Ontiu’s effort pushed world championship leader Izan Guevara (Autosolar GASGAS Aspar Team) back to second on the grid, with Daniel Holgado (Red Bull KTM Ajo) third ahead of qualifying.

FP3 awards were decided at the very end

Guevara was already firmly in the top 14 for Q2 places in third position when he used the slipstream at Holgad to set a 1:57.612 and was fastest with less than six minutes remaining in the session. For a while the Spaniard had more than four-tenths of a second on the field and was still 0.232s behind Onkyu when the checkered flag came out. However, the Tech3 rider made up almost six-tenths of a second as he set the aforementioned session benchmark, finishing 0.347s ahead of Guevara. Holgado also improved on his final lap to a 1:57.829, making him the last driver to lap Aragon under 118 seconds.

Ryusei Yamanaka (MT Helmets – MSI) and Nicola Carrara (QJMotor Avtintia Racing) were both fine after spilling at turns 5 and 2 respectively, although both will join Toba among others in Q1. Meanwhile, Alberto Sura ( Rivacold Snipers Team) went to the medical center with pain in his left arm and right thigh at Turn 10, just five minutes into the session.

Amazing and delightful from the national motorsport this week

This Champion Portable Inverter Generator is $358.56 off for a limited time

Ford says the double price of the F-150 Lightning at the dealership was a...