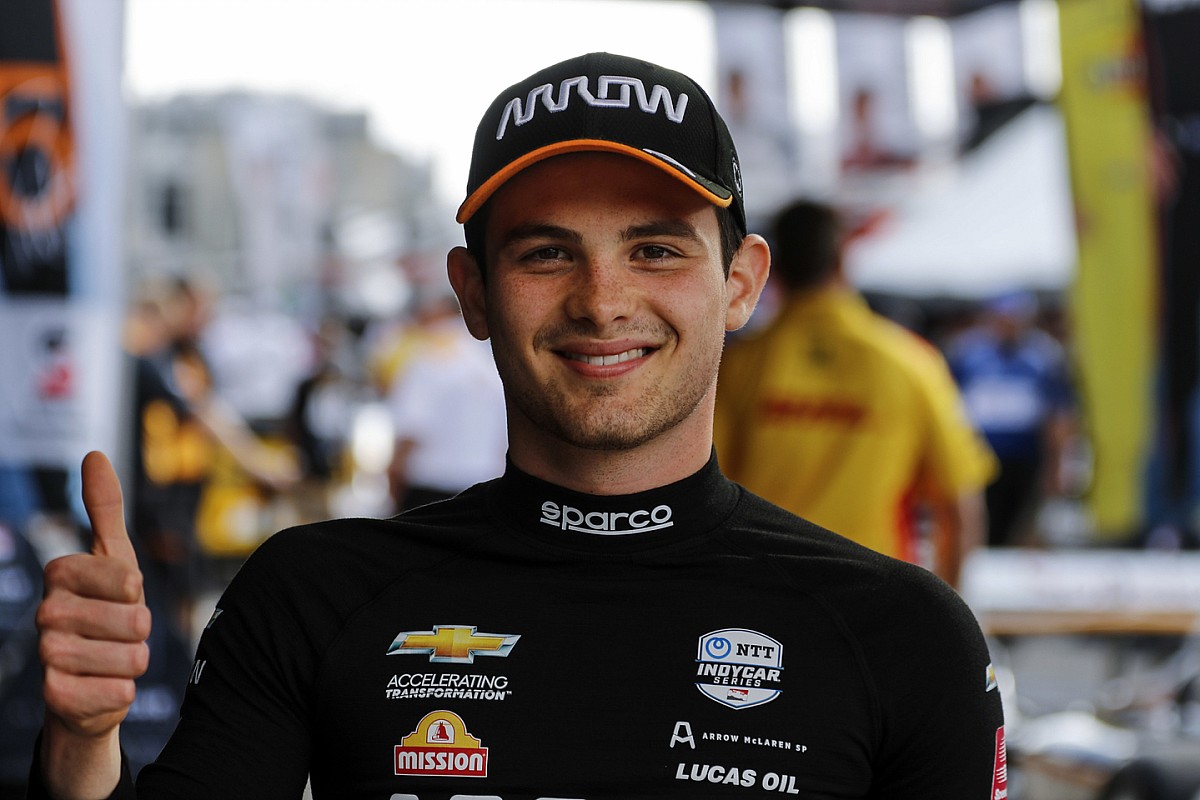 He was only 0.058 seconds faster than Colton Hertha (Andretti Motorsport) in third place, while Indie GP winner defender Rinus Vicky was fourth for Ed Carpenter Racing by 0.142 seconds.

After the early red flags caused by Dalton Kellett and Jimmy Johnson, who found the gravel, Hertha set the fastest time for the primaries.

Jack Harvey of Rahal Letterman Lanigan was the first to set a time on the softer alternative Firestone tires, driving a route of 2,439 miles in 1 min 10,097 s.

Then O’Ward’s teammate Felix Rosenquist cut it by 0.042 seconds to take first place even half a minute before VeeKay went faster again with a 1-minute lap of 09.926 seconds.

Keeping VeeKay in first place was also short-lived, as Palu and O’Ward spent their best laps over the weekend and took two first places.

Their time remained unbeaten until the end of the session, and Hertha later took third place, ahead of VeeKay – who wasted on the 21st after FP1.

Christian Lundgaard of RLL set the fifth fastest time on the scene of his debut last year in his second visit to Indy Road, when he qualified for a remarkable fourth.

Ramen Grosjean, who took his first IndyCar pole at last year’s Indy GP for Dale Coyne’s team, was second in speed with Andretti’s contingent in sixth place, ahead of VeeKay teammate Conar Daley and Rosenquist.

Simon Pagno took ninth place, ahead of former Penske teammate Will Power, who has five wins and five pole positions on the track in Indianapolis. He finished in the top 10, ahead of his teammate Scott McLaughlin by a paltry 0.007 seconds.

The previous session, led by Palu, was marked with a red flag: there were just over 90 seconds left of the 45 minutes allotted when Pazena’s teammate Helio Castroneves was spinning on the 13th turn.

When the session resumed, it seemed unlikely that anyone would be able to quickly heat the tires to the temperature to reach the quickest time, but Palu and his teammate Marcus Ericksins donned new tires to snatch the first and sixth fastest times.

This allowed Paul to overtake the impressive rookie Colum Helot (Junkos-Hollinger), a Briton who, using an extra set of tires, allowed rookies in the opening session to jump ahead of Power by 0.068 seconds three minutes before what was then in first place.

Two-time Indianapolis 500 winner Juan Pablo Manto, who will start his first IndyCar track after this event last year, finished the day 24th and 1.2 seconds off the pace in the third record of Arrow McLaren SP.

An electric Hummer mid-size pickup could be in the works