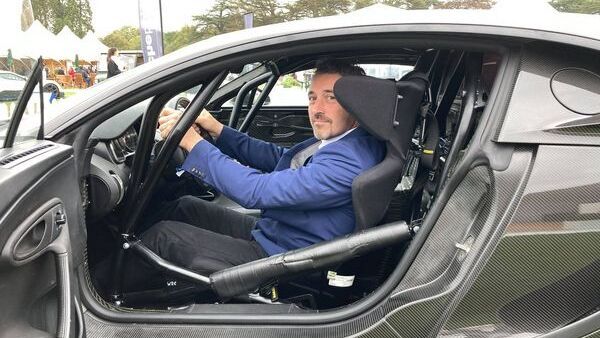 It is believed that Zef Eisenberg may have started braking too early when trying to set a speed record on his modified Porsche 911 Turbo minutes before his death.

Racing enthusiast and businessman Zef Eisenberg died after crashing a Porsche 911 Turbo at 200 miles per hour while trying to set a world record at Elvington Airfield, near York, according to The Sun, citing an investigation in Nortalerton. The 47-year-old man tried to break the speed record on his “significantly modified” Porsche, completing the last attempt of the day, October 1, 2020.

When he finished the attempt, his individual car overturned at high speed and he received multiple traumatic injuries, dying at the scene in front of his wife. It is believed that he could have braked too early while trying to set a speed record, minutes before his death.

At the hearing, it was said that Eisenberg asked for a brake parachute designed to slow down a car that was mounted on the car when he built his own modified car, and a statement from racing marshal Graham Sykes said the racing enthusiast successfully used it during the day. But on the last run, when the parachute was deployed, “the car began to rise, as if air got under it.”

Sykes added that, in his opinion, Eisenberg “went wrong in sequence” and applied the brakes before the parachute fully deployed. Thus, leading to the fact that the car becomes “unstable” and loses control, in turn at high speed overturns. “Unfortunately, I feel that the driver’s mistake was the cause of this tragic accident,” Sykes added.

The investigation also said that Eisenberg was a “well-known and highly respected driver in British motorsport” and that his death was a “truly tragic incident”. He wanted to drive the world’s fastest Porsche car and wanted it to be recorded.

Eisenberg had already experienced the fastest motorcycle accident in Britain at the same airfield in 2016, when his turbine motorcycle did not stop at the end of the runway, breaking bones in his legs and pelvis. He needed to learn to walk again.