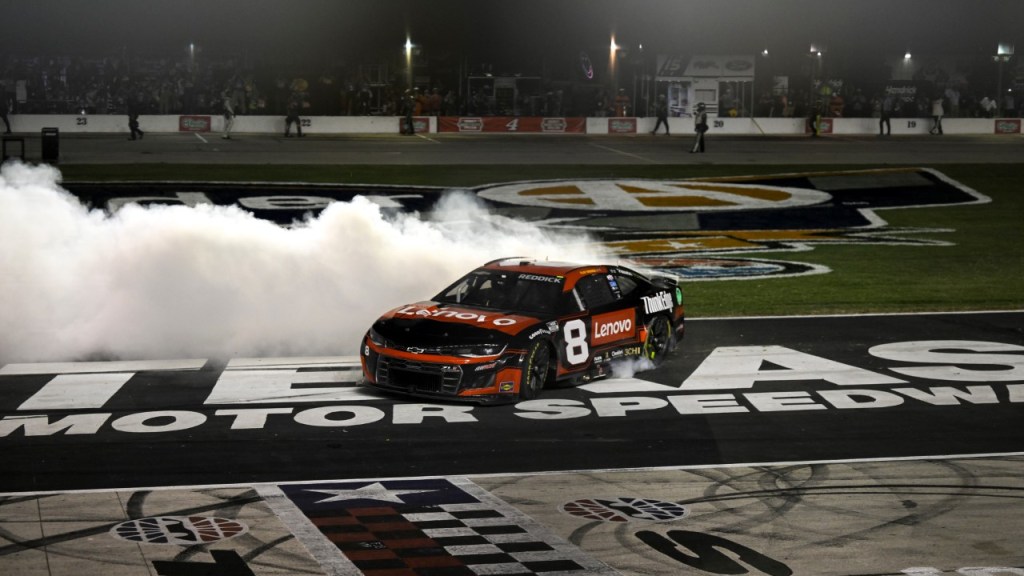 Reddick, who was eliminated from championship contention in the round of 16, led a race-high 77 laps en route to the victory — his first at an oval in the NASCAR Cup Series but his third of the season.

Taking the checkered flag, Richard Childress Racing driver radioed that the team had responded to a win after a tough week. He continued by saying that it shows everyone that they are not done yet and that there are more races to be won.

“I was really nervous, I’m not going to lie,” Reddick said of his tires. “Unfortunately, almost every time we had fast cars, we had problems with the tires and in the last race the left sides vibrated really, really hard. I was just trying to maximize and just use the advantage, the gap I created over Joey, just in case. Every time we had a strong car, something bit us, man.

Elliot crashes without a lead; don’t blame Goodyear for the Texas tire drama

“I’m very proud to be able to take this Chevy to victory lane. In the auto club [Speedway] earlier in the year we were so quick with this car and they deserve to get to victory lane and we got them.”

Reddick was leading in California when he had a flat tire and was hit by William Byron. He also had a flat tire while leading at Kansas Speedway in the first round of the playoffs.

Number 8 beat Joey Logano to the finish line. Logano was the highest finisher of the playoffs to finish second.

Cindric might have finished a little better if he hadn’t lost his track position when he spun on the backstretch, avoiding Ricky Stenhouse Jr. The No. 47 suffered a flat tire, causing a spin in Turn 2 where he hit the wall and slid back down the track. Cindrik narrowly missed being cut by Stenhouse, but spun himself in the process.

Alex Bowman finished 29th. He was five laps down at the finish after spending most of the day in the pits after falling from eighth place on lap 97.

“How are we going to get to the end of this race?” – @DaleJr

Martin Truex Jr. flies out of the lead. #NASCAR pic.twitter.com/vzvBGYPPRl

Chase Elliott and Christopher Bell did not complete the race. Elliott led 44 laps, but fell out of the race lead when a tire blew on lap 184. Bell had two tire failures, with the second taking him out of the race on lap 136.

It was a day of survival for the teams. Numerous tire problems led to crashes and a total of 16 cautions. Elliott, Kevin Harvick and Martin Truex Jr. dropped out of the lead in the race due to tire problems.

There were 36 changes among 19 pilots.

Phillip Island MotoGP will continue at the end of the season

For 30 lakhs this newly launched car music system can cost more than your...

This Microsoft 365 update may have solved your biggest IT headache