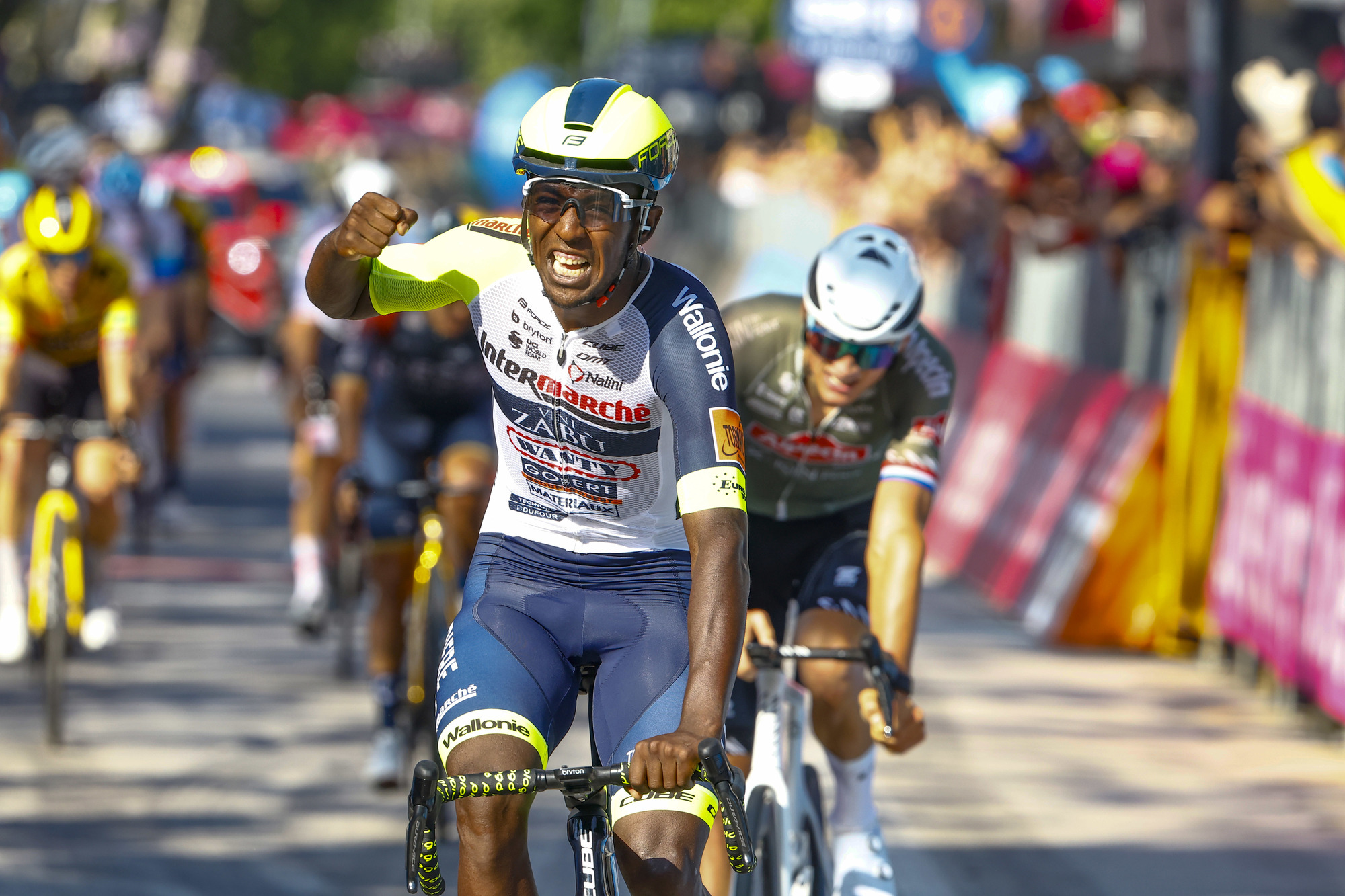 Benjamin Girma won the 10th stage of the Giro d’Italia on Tuesday to create history as the first black African to win in any of the three grand tours, but his festivities were interrupted by a champagne cork. Girmai was hit in the face when touching a bottle of magnum on the podium of the winners, leaving him to rub and keep his left eye. A cork of champagne can fly at speeds of up to 50 miles per hour when leaving a bottle, and Girmey looked very excited when he was taken to an ambulance and taken to hospital. The cyclist placed the bottle on the floor and bent over it, untying the binding before the cork flew away, hitting it at close range. Girmei’s team said that on Wednesday morning a decision will be made whether he will continue the race or not.

The 22-year-old Eritrean proved too strong for Dutch ace Mathieu van der Poel, who spread his arms in resignation after a long battle for the line at Jesse. Van der Poel hugged Girmai on the line after putting him sporting a thumbs up while he watched his opponent go for the win. He is now second in the sprint race, just three points behind Frenchman Arnaud Demar (151) and Van der Poel is third, 58 points behind. Intermarche sporting director Valeria Piva said the victory was a landmark for cycling.

“It’s a big moment, another continent is coming on stage that will be important in the future,” he said.

“Part of the story”

While multiple tour winner Chris Froome was born in Kenya and Daryl Impey of South Africa won the stages, Hirmey is the first black African to do so. “I watched the Giro as a child on television and then went skating with a dream to take part one day,” Girmei said before the accident on the podium.

“We write a little piece of history every day,” he added.

“I am very happy for what I did today, I have no words to describe it. Thanks to my team, which controlled the race from the very beginning. “

Impi paid tribute to Girma’s achievement in a Twitter message: “What. A. Sprint. @GrmayeBiniam managed this @giroditalia. Again surprising for Eritrea and Africa. It seems he is just beginning. Chapeau (I’ll take off my hats)! ”

Girma, who plays for the Intermarche team, celebrated his coming of age in March, when he became the first African to win a one-day classic in Ghent-Wevelgem when he was just 21 years old. He first drew attention to the World Cup when he became the first black African to step on the podium when he finished second among the under-23 youths at the 2021 competitions in Belgium.