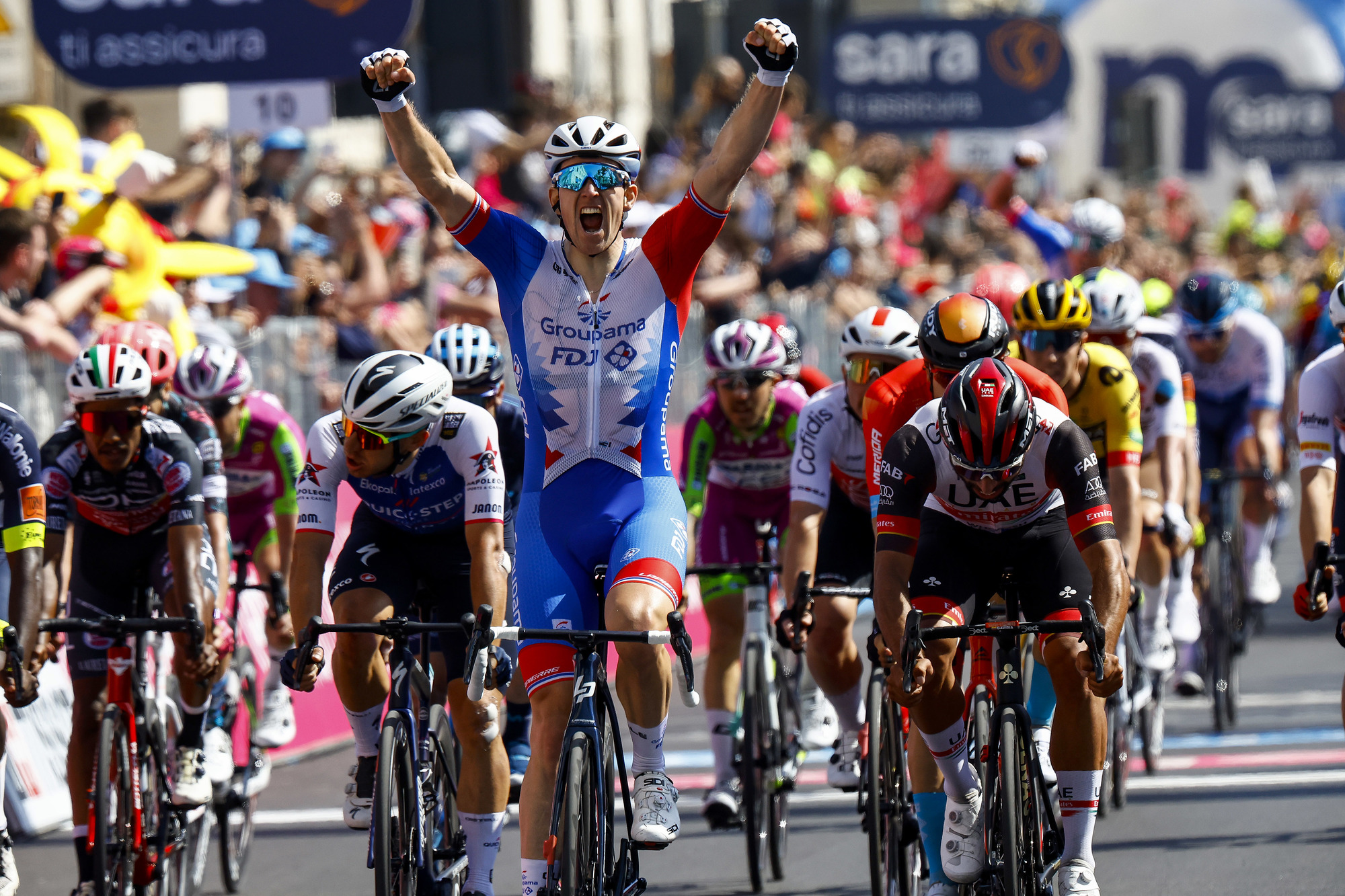 Frenchman Arno Demar of the FDJ team won the fifth stage of the Giro d’Italia in the finish sprint along the waterfront in the port of Messina, Sicily, on Tuesday before UAE team Fernando Gaviri. It was the sprinter’s seventh victory in the seventh stage at the Jira. The 30-year-old junior made his way into the air when he jumped the line after a dizzyingly fast finish on a half-mile home straight.

“We know what we are capable of, but we needed to be patient,” said Demar, who was second after Cavendish in the third stage.

Two famous Giro sprinters, Mark Cavendish and Caleb Yuen, lost their temper on Mount Portela Mandratti at 4,000 feet halfway in a race 108 miles from Catania, where Demar was also dropped, but not for long.

“My team got me back in touch on the descent. Then we went to the front and set the pace, ”he said.

After the mountain, some sprint teams formed an alliance of fortune led by Peloton to ensure that the winner of the third stage Cavendish and his main rival Ewan fought a losing battle to catch up.

Juan Pedro Lopez of Trek-Segafredo retained the leader’s pink jersey overall, while British climber Simon Yates remained first among the favorites after his amazing victory in the time trial in Hungary.