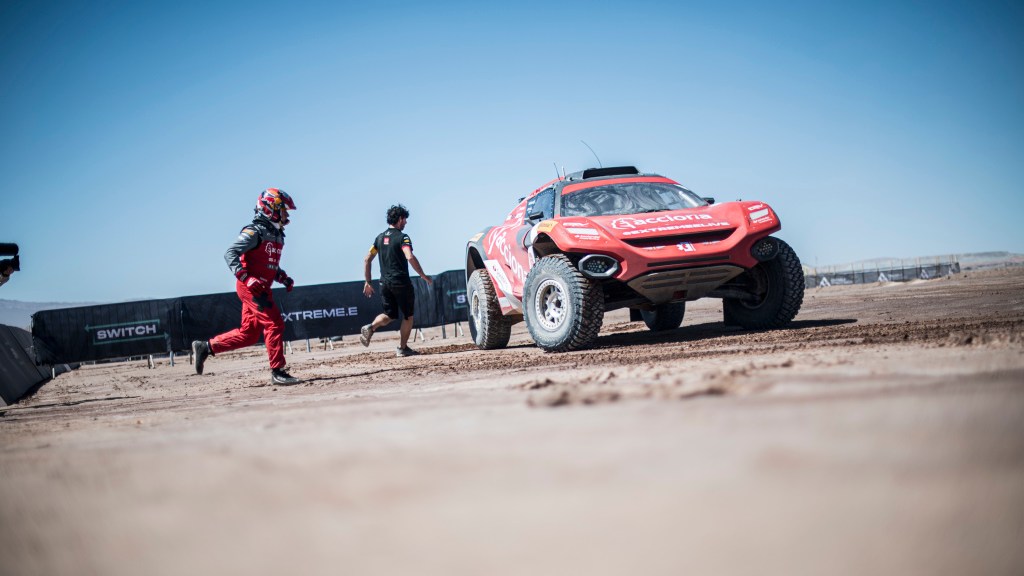 Acciona Sainz set the pace on the opening day of the Copper X Prix in Antofagasta, Chile, with the team of Carlos Sainz and Laia Sanz leading both practice sessions.

In the morning session, the team’s combined time over four laps – four laps instead of the usual two due to the shorter distance for the event – was 9m32.925, just 0.179s behind championship leader Rosberg X Racing. However, the lead could have been greater had it not been for a 10 second penalty for the leaders after they hit the flag at lap 15.

The newly renamed X44 Vida Carbon Racing team of Sébastien Loeb and Cristina Gutierrez finished third, but more than nine seconds behind them, as well as McLaren’s Tanner Foust and Emma Gilmour – albeit with a 10-second penalty for hitting the checkmark at the point 16 — and Abt Kupra The duo Nasser Al-Attiyah and Yuta Kleinschmidt close the top five.

Andretti United’s Timmy Hansen and Cathy Munnings were sixth fastest, dropping two places after a penalty for failing to pass point 15, while the JBXE pair of Kevin Hansen and Heda Josas finished seventh.

Veloce Racing’s Lance Woolridge and Christine Giampaoli Zonca were ninth and last to finish, with XITE Energy Racing not completing the session. On the second lap, Timo Scheider went too fast in the first corner and broke his steering arm after a crash.

The gap at the top was much wider in the afternoon, with Acciona Sainz leading Andretti United by 5.738s.

McLaren completed just three of the required four laps during second practice after Gilmour suffered a puncture on the first lap. The team decided to switch drivers when she pitted, sacrificing the New Zealander’s second round in the process.

It wasn’t the only team that didn’t complete the second practice. Abta Kupri’s Kleinschmidt set a fast pace in the first sector on her first lap, but a hard landing from a jump at the end of that initial lap left the team’s car damaged and the Dakar veteran held her back.

A number of penalties were also issued in the afternoon, affecting positions three through eight. The X44 received a 30-second speeding penalty in the switch zone, while the RXR and Ganassi received time penalties (15.1 and 40 seconds respectively) for the switch zone violation.

Ganassi was also penalized for hitting the checkered flag in lap 20, while Veloce flagged in lap 11 and JBXE had five seconds added to their time for not using the Hyperdrive boost during the run.

Hyliion is building an order book for the Hypertruck ERX