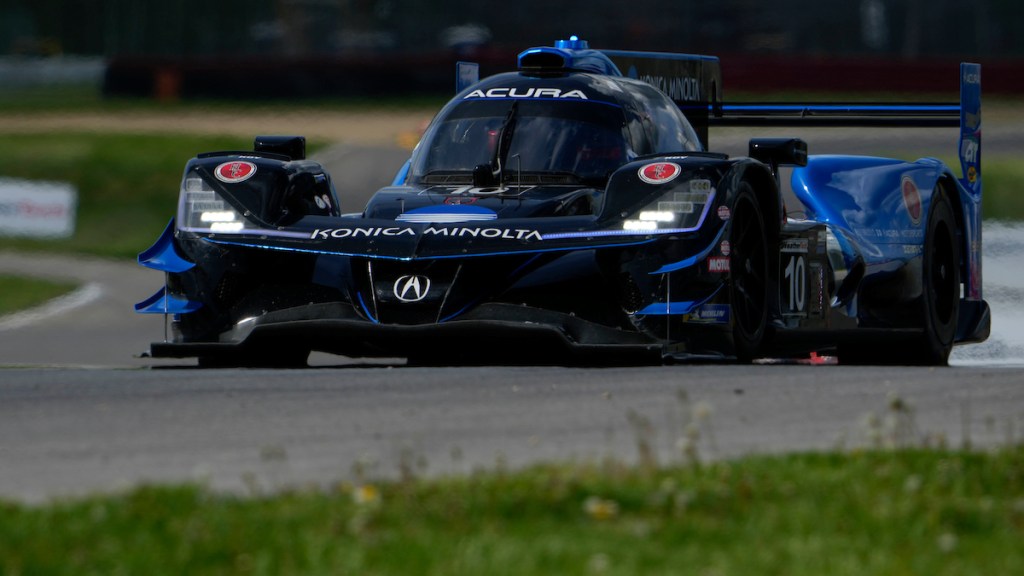 For the second year in a row, the restart decided the outcome of the Lexus Grand Prix in Mead Ohio, and once again it was no. 10 Wayne Taylor Racing Acura, who made the move. Ricky Taylor made the winning pass by going outside at turn 4, which ended up inside No. 01 Chip Ganassi Racing Cadillac Ranger van der Zande in turn 5; then everything became ugly. Van der Zande, pushing into the width, unscrewed at the exit from turn 9, turned at № 10, then turned around, essentially completing a great run from the pole position.

Ranger van der Zande did NOT want to prefer!

Ricky Taylor gets on it and № 01 spins #IMSAatMO

Philippe Albuquerque brought the number 10 outside at the start, but after nine laps Sebastian Bourdais, who qualified and started in number 01, caught a break in traffic, went into the keyhole and with a little knock on the door, took the lead, which lasted until the first and only period precautions in the 2:40 m race, followed by 1:25 m.

When Taylor restarted, who had been at number 10 for a long time, quickly gained speed, attacking van der Zande – just installed in the Cadillac – first in the keyhole and then on the run down to turn 4, where the winning move began. The victory was the 47th for the team in the IMSA WeatherTech SportsCar Championship, the 29th for Taylor and the 10th for Albuquerque. Taylor has won four of the last five races on a sports car course in mid-Ohio.

Oliver Jarvis and Tom Blomqvist were second in the Meyer Shank Racing with Curb Agajanian on the Acura № 60, and Pippa Derani and Tristan Nunez took the podium – the same order as two weeks ago on the WeatherTech Raceway Laguna Seca.

IMSA news and notes in mid-Ohio before the race

Juan Pablo Mantoi, who did not appear on the 81st issue of DragonSpeed ​​USA ORECA this weekend until the morning warm-up, competing in the IndyCar race in Indianapolis, took over Henrik Hedman and twice broke into the LMP2 leader past Jonathan Bamarit. – the first pass that caused a penalty for travel when Bamarita № 11 PR1 Mathiasen Motorsports ORECA spun after contact – to win. Bomarita and Stephen Thomas were second, and Anders Fjordbach and Dennis Andersen were third in the 20th issue of ORECA’s High Class Racing

CORE Autosport won its first victory in Mead Ohio, and John Bennett and Colin Brown took the LMP3 in the 54th League. They were followed by Ari Balog and Gareth Grist in the № 30 JrIII Racing Ligier race and polyesters Jarrett Andretti and Gabi Chavs in No. 36 Andretti Autosport Ligier.

GTD has evolved into a fuel economy competition, and no one has done it better than Jordan Pepper in No. 70 Inception Racing McLaren 720S, crossing into Brendan Iribe during the pit. Pepper not only went through an amazing 58 laps on his last fuel boot, he did so with enough stock to charge from fifth to first in the last 20 minutes. Bill Oberlen and Robbie Foley took second place in the BMW M4 GT3 Turner Motorsport № 96, and the podium was completed by polesters Madison Snow and Brian Sellers in the race № 1 Paul Miller.

Find out which Lamborghini Aventador option is the fastest