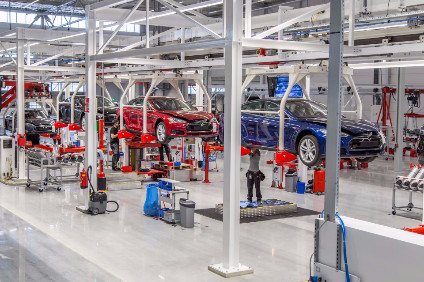 Production at the Tesla plant in Shanghai gained momentum in the last week after it virtually stopped in April, according to China, citing local government officials.

The harsh closure in Shanghai since early April in line with government policy zero COVID-19 has had a serious impact on the local car industry as carmakers have struggled to find components and supply chains disrupted by delivery delays and shortages of raw materials.

Wu Xiaohua, deputy secretary of the Communist Party administration of the Lingang Free Trade Zone, where Tesla is located, said the electrician maker is currently producing 45% of the capacity. This is after the plant, which produces the Model 3 and Model Y, was closed most of April and had difficulty restarting due to a lack of parts.

Prior to the closure, the plant was operating at full capacity, producing about 1,200 vehicles a day, according to reports. The company recently announced plans to double the capacity to more than a million vehicles over the next few years.

Other Shanghai-based carmakers are also struggling with similar issues with SAIC Motor and its joint ventures (such as GM and VW), which reported a 60% drop in world sales to 166,552 units together in April.

Domestic sales fell 66% to 127,653 units, while sales in Shanghai stopped due to a serious disruption in car production.

Malyukas is “obsessed” with IndyCar, does not want to participate in races