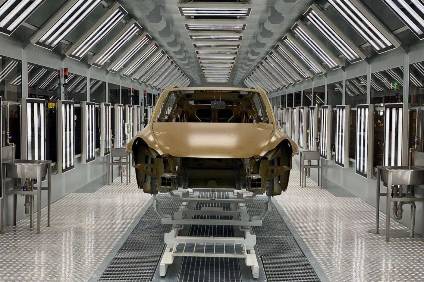 
The blockade in Shanghai as a result of the revival of COVID-19 continued to affect car and component production this week, according to a Reuters summary.

Now two major suppliers have joined joined Tesla in closing plants to implement measures to combat the spread of coronavirus, according to the news agency.

The General Motors joint venture in Shanghai has supported production by asking workers to sleep on factory floors and get passes for trucks to continue deliveries, two sources told Reuters.

A supplier of Aptiv told employees of one of its facilities in Shanghai, which provides a joint venture between Tesla and GM in Shanghai, to go home on Tuesday due to the need to introduce control over COVID, Reuters sources said.

Thyssenkrupp told Reuters that it had closed its plants in Shanghai by April 6, where it was assembling production lines for automotive components, including powertrains and batteries, by April 6, in accordance with local coronavirus control rules.

The report said the closure of Aptiv and Thyssenkrupp took place on the second day of the closure in Shanghai, a major vehicle manufacturing hub. The city has imposed tight controls on the movement of people to try to control the spread of the highly infectious version of Omicron.

The blockade, one of the biggest tests for China’s “zero COVID-19” strategy, has forced automakers and suppliers to either try to adapt with extreme measures to keep factories running, or to stop and risk delayed supplies at a time when demand for cars is declining. strong.

A Bosch supplier told Reuters that two plants in Shanghai are working with redundant staff. “We are doing our best to maintain supply chains as much as possible and meet the requirements of our customers,” the company said in a statement.

Reuters noted that GM’s measures taken to keep its plant in Shanghai open were tantamount to a “closed” management process that city officials asked the company to take to remain open during a two-stage blockade to fight its outbreak.

TheDetroitBureau.com said the closure began on the east side of the city, known as Pudong, which contains most of the city’s automotive facilities, including numerous parts factories, as well as assembly plants of General Motors, Volkswagen and Tesla. The company will then move to the western part of Shanghai, known as Pusi, where many factory workers live, so the impact could stretch to early April.

According to Reuters, in a bubble-like mode, workers sleep, live and work in isolation from the rest of the world to prevent the transmission of the virus. A similar system was used at the Beijing Winter Olympics to keep event staff away from the public.

Buick, Chevrolet and Cadillac are produced at GM’s joint ventures with state-owned SAIC Motor. They are in areas east of the Huangpu River that were closed Monday through Friday.

GM, which said last Monday that its joint venture in Shanghai was producing normally, declined to comment to the news agency on the arrangement at its factory. The spokesman said the company and its joint ventures have developed and are implementing contingency plans with their suppliers to mitigate the uncertainties associated with COVID-19. SAIC had no immediate comment.

SAIC-GM’s ability to maintain its production lines in Shanghai contrasts with Tesla, which, according to Reuters, has suspended production for a four-day period. It has failed to provide sufficient supplies for its employees to achieve closed management, a news agency source said.

Workers at the affected Optiv site were told to stay home on Wednesday and await further notification, four sources told Reuters. Two sources said the affected compound is producing for a joint venture between Tesla and GM in Shanghai with SAIC.

Aptiv’s facilities in Shanghai are in the west of the city and have not been affected by the city’s closure, which began in the eastern areas. Reuters sources said workers at the affected facility were told it needed to be shut down because of problems with COVID-19.

Aptiv declined to comment to Reuters about the suspension. “I can confirm that we comply with all government orders and do not affect the production of customers,” said a spokesman for Aptiv.

Comment: The shutdown of Tesla Shanghai shows that the threat to COVID remains serious

California’s innovative solution simplifies the process of connecting to the network for distributed solar...

Showcase with a car and a driver