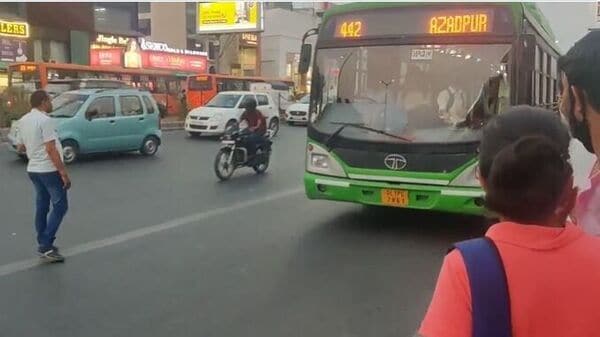 The Delhi Transport Department has been strictly enforcing discipline in the bus and trucking lanes since April 1st.

According to official figures, the Delhi government challenged fifteen private buses on Monday during a rally to ensure bus lane discipline among such buses. Delhi Transport Minister Kailash Galot conducted a surprise inspection to see if buses were running on designated lanes. According to the requirement to maintain the bus lane, private bus operators and drivers are being sued for non-compliance with bus lanes.

The Delhi Transport Department has strictly started to enforce discipline in the lane of buses and truckers since April 1 with fines up to ₹10,000 and six months in prison for drivers who made a mistake. At the moment, 815 claims have been issued for unauthorized parking, nine vehicles have been lifted, according to official data.

When checking the lane, the minister said: “Now people are not standing in the lanes for buses. When they stand and the brigade approaches them, they do not leave the car unattended, as before.”

The Delhi Transportation Department has deployed 14 cranes to tow smaller vehicles and about 35 teams to focus on that overclocking. The drive will be further strengthened by deploying more cranes and attracting civil protection volunteers to help clear bus lanes in parking lots and major road sections.

This initiative is being implemented in three stages, with 474.91 km in the final stage. Stage 1 ended on April 15, after which it expanded to cover the outer ring road and other surrounding areas.

(with inputs from PTI)

The production model Cadillac Celestiq has been revealed and will cost more than $300,000

In a key climate case, a UN panel claims Australia has violated the human...