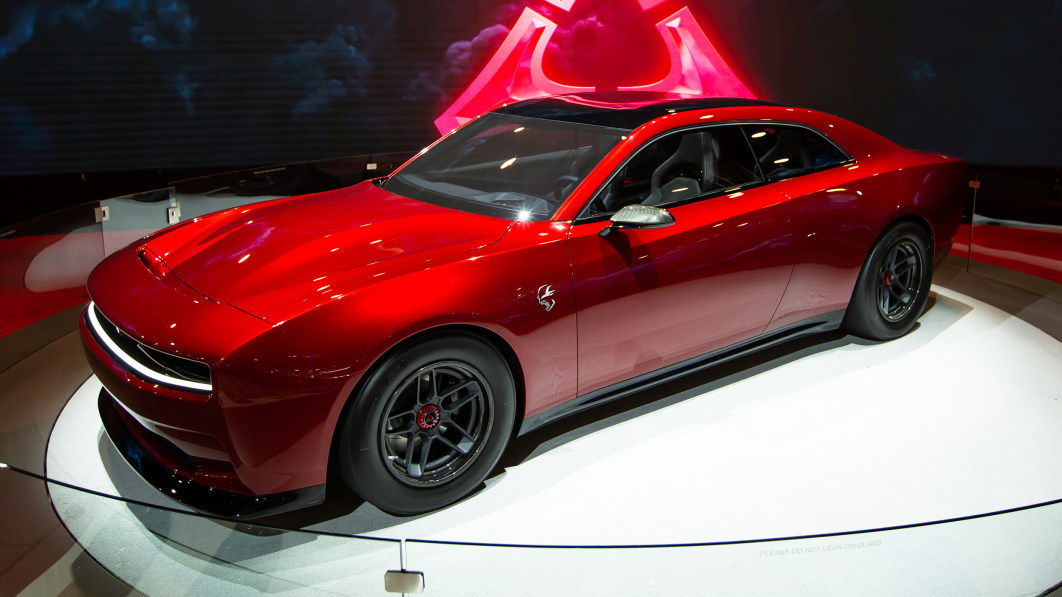 If there’s one cue Dodge has consistently tried to reinforce over the past few decades, it’s muscle. From the revival of the Hemi engine to the re-introduction of its current apogee under the Hellcat brand, Stellantis has clearly positioned Dodge as the preeminent power broker in the United States. And that’s unlikely to change with Dodge switching from gasoline to electric, as evidenced Charger Daytona SRT Concept that bowed over the summer. Dodge is still tweaking just about everything about the concept, starting with the color interior and exterior in retro style to the sound of the so-called Fratzonic Chambered Exhaust system. The latest iteration will debut this week at the SEMA Show in Las Vegas.

The most immediately recognizable change to the Charger Daytona SRT Concept is the Stryker Red body color. But while we appreciate the change of tone, far more important is the announcement of an “incremental” approach to electrified power levels. First, keep in mind that Dodge calls these “nine possible powertrain outputs for the all-electric musclecar concept,” so they shouldn’t be considered final numbers. But Dodge is committed to showing three levels of electric power at SEMA. The first two are based on a 400-volt system with an output level 340 kilowatt (456 hp) and 440 kilowatt (590 hp). The third level is the “yet-to-be-announced SRT Banshee powertrain package, factory-supplied with 800 volts.” It might be a coincidence that the 340 and 440 are two classic Dodge musclecar engine displacements, but probably not.

These are the base power levels, and Dodge plans to offer upgrade kits thanks to its own Direct Connection secondary market hand Two so-called eStages are offered for the 340 kW model, increasing power to either 370 kW (495 hp) or 400 kW (535 hp). The 440 kW level has 470 kW (630 hp) and 500 kW (670 hp) trims. Each eStage includes a “crystal” key that slots into the dashboard and is tied to the vehicle’s VIN, providing additional power.

Another unique feature of the Charger Daytona SRT concept is the Fratzonic chamber exhaust. Dodge says that all exhaust sounds are mostly caused by air movement, and that the same kind of tuning that’s done with internal combustion can be done with its EV. To help get it right, Dodge is inviting people to come to their booth at SEMA to hear different tunes and then rank and rate them.

Nissan is tuning the Altima, adding technology and offering a VC Turbo Engine

Carvana has been stripped of its license to sell cars in Illinois for the...

American cuisine has taken the podium in Jerez