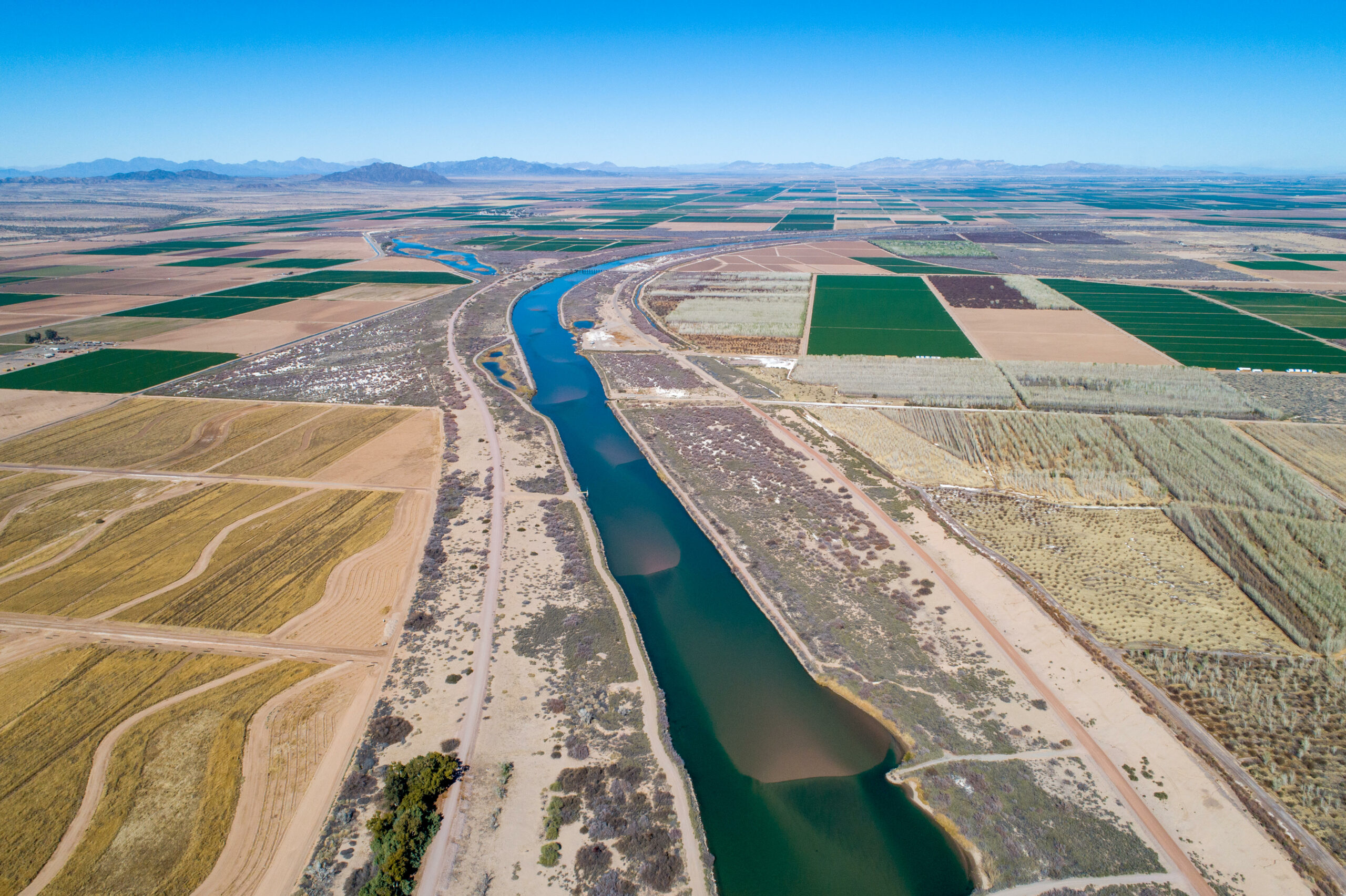 As climate change tightens control over the Colorado River Basin, states that use its water are scrambling to negotiate terms that will reduce their demand. Now the federal government is stepping in with a plan to use billions of dollars to boost conservation.

The U.S. Bureau of Reclamation announced new measures in response to continued drought conditions, revealing plans to use some of the $4 billion it received under the recently passed Inflation Reduction Act. The money will be used for what the agency calls “short-term conservation,” to remove waterlogged grass in cities and suburbs and to upgrade old canals.

A detailed breakdown of these costs has not yet been published. Multiple sources close to the situation told KUNC that the bulk of Reclamation’s $4 billion will go toward projects in the Colorado River Basin, with most of it going toward “system preservation.” This could include purchasing water from the agricultural sector to raise water levels in the country’s largest reservoirs.

That funding will likely be distributed through a voluntary program in which farmers and ranchers can approach the federal government with an offer to suspend cultivation in exchange for payments of $300 to $400 per acre-foot of water, sources told KUNC. These payments are expected to be temporary, mainly focused on downstream states, and could someday give way to more permanent, higher-cost federal payments in exchange for water.

“Hopefully, this can help us prevent the worst and deal with some of the processes that we have to deal with in order to keep infrastructure functioning and emergency measures like this,” said Elizabeth Kobele, an assistant professor of political science at the University of Nevada, Reno. “But one thing that’s really important about this is that it’s not a very long-term measure, and there’s no money to do this forever.”

Reclamation previously tested efforts to preserve the system in a pilot program that ran from 2014 to 2019, but no similar large-scale water buybacks have been implemented since then. Earlier this year, states in the basin of the upper reaches of the river urged the federal government resume system conservation work.

“I personally find it hard to believe that we’re going to see huge changes in reservoir levels as a result of keeping the system on its own,” Kobele said. “This could be a kind of program that helps states create their own programs for long-term preservation of the system. However, we are in such a dire situation that almost anything can help in the short term.”

Kimery Wiltshire, president of Confluence West, a region-wide water leadership group, said she was impressed by the words “seek” and “encourage” that reclamation used about water conservation, adding that voluntary measures won’t do much, especially if payments are made to producers are relatively low.

By comparison, a group of farmers near Yuma, Arizona, recently proposed a water conservation plan that would pay them about $1,500 for every acre-foot of water saved. according to Axios.

“Unfortunately, I don’t think what they’re proposing is going to get us where we so desperately need to go very quickly,” Wiltshire said. “Frankly, there is not much the Home Office can do other than find out the root causes. We don’t have the necessary demand management. We consume too much water. We need to grow much less thirsty crops than what we are growing now.’

These new federal actions come after the states failed to meet important water conservation deadline this summer. In June, Reclamation asked the seven states that use water from the Colorado River to reserve an unprecedented amount, between 2 million and 4 million acre feet, or the federal government would intervene and implement own security measures. Two months later, after states pointed fingers, they had no plan by the deadline.

“I am committed to using all resources to help address the drought crisis and ensure a sustainable water system for families, businesses and our vast and fragile ecosystems,” Interior Secretary Deb Haaland said in a news release.

This week, federal agencies shared early details of the plan at a meeting of water policy leaders in Santa Fe, New Mexico.

Another portion of IRA Reclamation’s money will go toward long-term, “endurance” projects, typically improvements to the region’s water infrastructure aimed at increasing efficiency. This may include re-lining channels to prevent water from seeping into the ground and removing ornamental and non-functional grass that serves only an aesthetic purpose. The agency also said the funds could go toward ecosystem restoration and water efficiency projects.

While the population growth of the Southwest pushed cities to advertise your own water conservation programs, the vast majority of water use in the region comes from farms and ranches. Agriculture uses about 80 percent of the Colorado River’s water, and the sector is under increasing pressure to reduce its demand.

Reclamation also hinted at a larger reduction in water released from the basin’s reservoirs in 2023. already announced relatively small mandatory reductions for some water users in the lower Colorado River basin as part of measures previously outlined in the 2019 and 2007 agreements. This latest announcement suggests the agency may change those agreements, saying it may “adjust the launch height and/or increase the reductions” that have already been mandated.

The announcement also included a note that Reclamation would accelerate studies of bypass pipes at Glen Canyon Dam, which holds back Lake Powell, the nation’s second-largest reservoir. Environmental groups recently raised the alarm that as the level of Lake Powell continues to drop, water from the reservoir may soon stop flowing through the seldom-used pipes at the dam at a rate sufficient to jeopardize the flow of water for the millions of people who depend on it in Nevada, Arizona, and California.

The Bureau of Reclamation, a division of the Department of the Interior, is the federal agency charged with managing water resources in the western United States. Although it also manages water infrastructure outside the Colorado River basin, most of its energy and spending has been focused on the Colorado for the past year. This river supplies an estimated 40 million people from Wyoming to Mexico, and is currently stressed by a supply-demand imbalance exacerbated by a 23-year megadrought caused by climate change.

This story is part of an ongoing coverage of the Colorado River produced by KUNC and supported by the Walton Family Foundation.

THE MONGOLS MC REIGN OF TERROR IS COMING TO AN END – Insane Throttle...